Nintendo Switch Online, the subscription-based online services component of Nintendo’s Switch console, will get SNES games starting on September 5 — yes, that’s right, the first games are available to play tomorrow. There are 20 games available initially, with more planned in the future.

Alongside the new software, there’s also the new SNES system wireless controller for Switch, which charges via USB-C and retails for $29.99 directly from Nintendo.

The launch lineup for the SNES portion of Nintendo Switch Online looks pretty promising, and includes highlight favorites like Star Fox, Breath of Fire, F-ZERO, Super Mario World and Super Metroid (you can see the full list below). 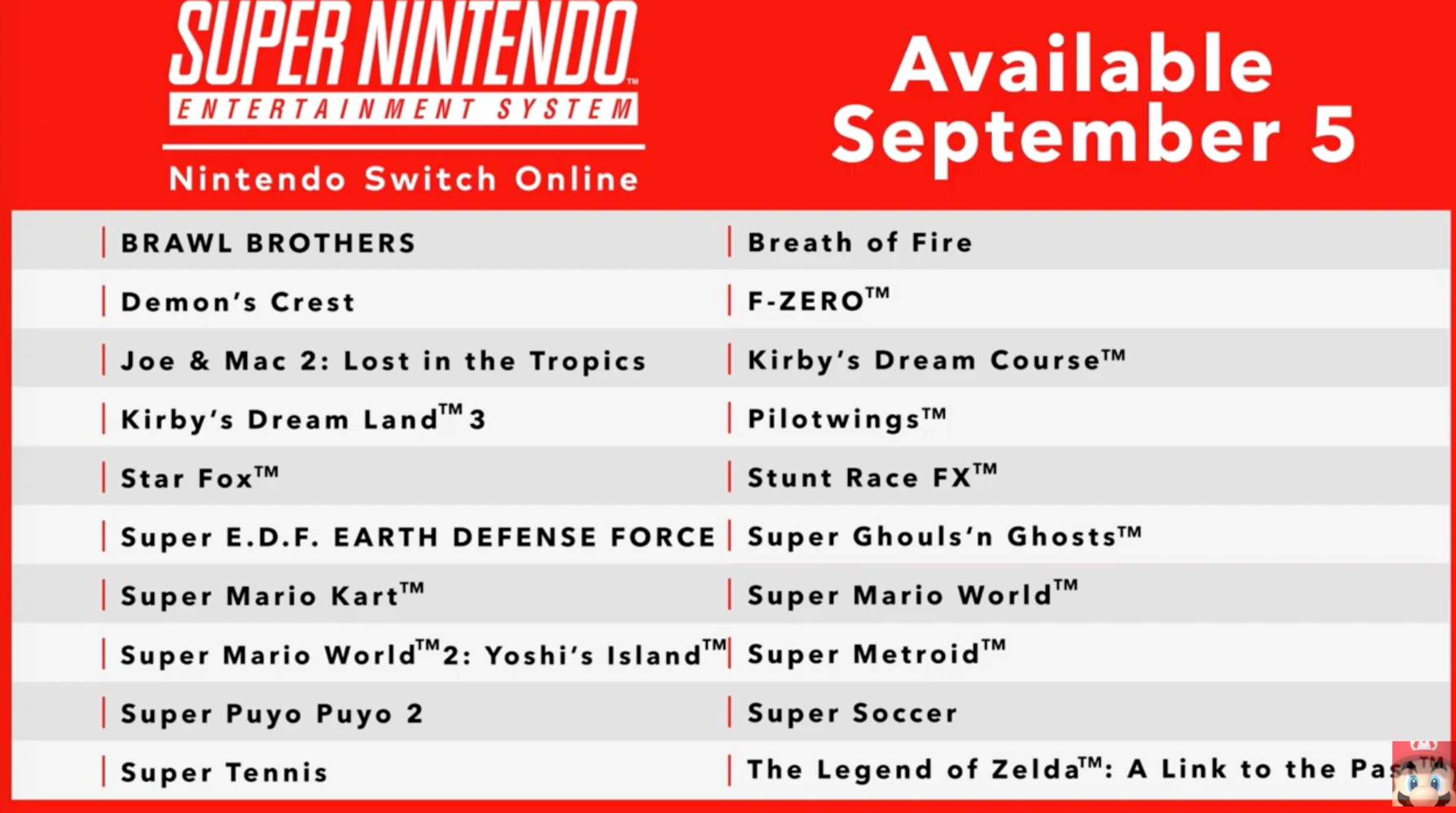 We got a strong indication that this was happening earlier this month, thanks to an FCC filing that detailed the SNES controller hardware. Nintendo likewise released an NES controller alongside its launch of the Nintendo Online Service when it debuted last year.

The best part about this surprise drop is that it’s available basically right now — check your Nintendo Online app on your Switch tomorrow to begin playing these nostalgic gaming classics.