Nigerian fintech firm Interswitch has been circulating in business news around a possible IPO on the London Stock Exchange.

That Interswitch — which provides much of Nigeria’s digital banking infrastructure — could become one of Africa’s earliest tech companies to list on a global exchange isn’t exactly news.

It’s more déjà vu of a story that began several years ago.

As TechCrunch reported, Interswitch was poised to launch on the LSE in 2016. CEO and founder Mitchell Elegbe confirmed “a dual-listing on the London and Lagos stock exchange is an option on the table,” in a January 2016 call.

Two additional sources wired into Nigeria’s tech market and close to Interswitch’s investors also said the public launch would happen by the end of that year.

The IPO would have made Interswitch Africa’s first tech company to go from startup to a billion-dollar-plus unicorn valuation status. Of course, it didn’t happen in 2016.

In 2017, TechCrunch checked in with Interswitch on the delay and was told the company could not comment on its pending IPO. In other public interviews, executives Mitchell Elegbe and Divisional Chief Executive Officer Akeem Lawal named Nigeria’s recession as a reason for the delay and reaffirmed a likely dual London-Lagos listing by the end of 2019.

Will Interswitch still be the company that brings Sub-Saharan Africa its big tech windfall?

After the latest round of IPO buzz, TechCrunch asked Interswitch this week about the Bloomberg reporting and an imminent public stock listing. “Interswitch does not comment on market speculation,” was the only info a public spokesperson could offer.

So, it’s tough to say if or when the company could list. There are still a few reasons why the business (and its possible IPO) are worth keeping an eye on.

One is Interswitch’s growing role as a nexus for payments and financial services infrastructure in Nigeria (home of Africa’s largest economy), across Africa and between Africa and the world. Back in 2002, the company became the pioneer for creating infrastructure to digitize Nigeria’s then predominantly paper-ledger and cash-is-king-based economy. 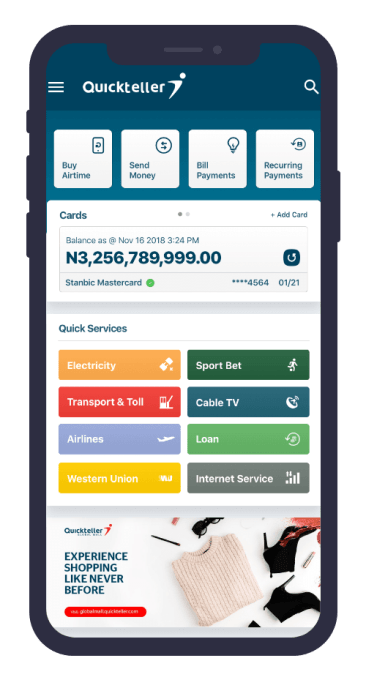 Interswitch has since moved into high-volume personal and business finance, with its Verve payment cards and Quickteller payment app. The Nigerian company (which is now well beyond startup phase) has expanded with physical presence in Uganda, Gambia and Kenya — the latter being home-turf of M-Pesa and Safaricom, which are largely responsible for making Kenya the mobile-money capital of Africa.

Interswitch also sells its products in 23 African countries, through bank partnerships, and has presence abroad. Through its Verve Global Card product, the company’s cardholders can now make payments in the U.S., U.K. and UAE. Interswitch launched a partnership this month for Verve cardholders to make payments on Discover’s global network. The first transaction for the partnership was placed in New York, with an advertisement for the Nigerian company’s payment product flashing across Times Square. 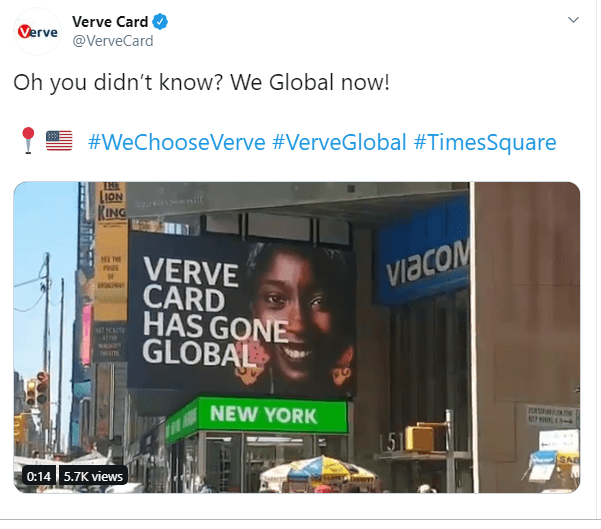 Another facet to a possible Interswitch IPO is its potential to spark more corporate venture arm and acquisition activity in African fintech, which as a sector receives the bulk of the continent’s startup capital. Interswitch launched a venture arm in 2015 — called its global ePayment Growth Fund — that made two investments, but then went largely quiet.

A windfall of IPO capital and increasing competition from fintech startups could spur Interswitch to fire up its venture investing activity again. Startups such as Flutterwave and TeamAPT (formed by a former Interswitch alum) have already entered some of Interswitch’s product territory. If a public listing led Interswitch to ramp up investing in (or even acquiring) startups, the net effect would be more capital and exits in Africa’s fintech sector.

And finally, if Interswitch does IPO on the London and Lagos stock exchanges, it could provide another benchmark for global investors to gauge Africa’s tech sector beyond Jumia. This April the e-commerce company became the first big tech firm operating in Africa to launch on a major exchange, the NYSE.

So far, Jumia’s IPO has been an up and down affair. The company gained investor and analyst confidence out of the gate, but also came under a short-sell assault and has experienced share-price volatility.

Two successful global IPOs of tech companies from Africa would and could become the best-case scenario for the continent’s startup scene. But for that to be a possibility, Interswitch will have to confirm the speculation and finally list as a publicly traded fintech firm.