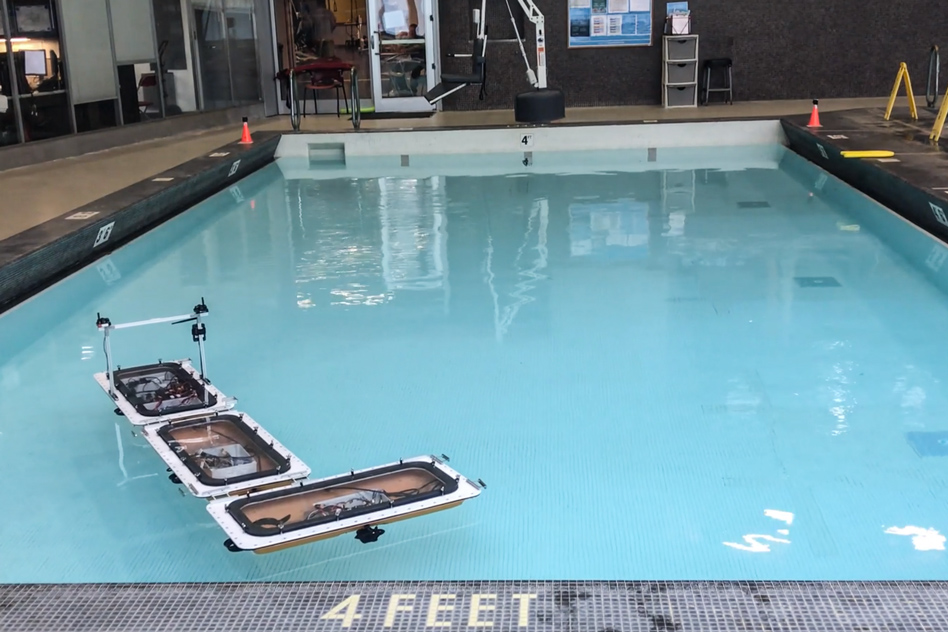 Work continues on developing MIT’s fully autonomous robot boats — “roboats” if you’d rather — and now they have a new trick, allowing them to change configurations and reassemble with one another to form a range of new structures.

When last we checked in on the “roboat” project, the robots had achieved a basic level of autonomy, allowing them to do basic navigation, and also to latch on to one another to form rudimentary assemblies. Now, they’re improved to the point where they can not only connect, but also both disconnect and re-assemble into new types of structures — all on their own.

The researchers working on the self-assembling roboats have devised an algorithm that manages all the planning involved in getting groups of the aquatic robots to unlatch from each other, then route a path that avoids any potential collisions, and then reconnect with other robots again in a new type of configuration. They’ve demonstrated this working both in simulation and in a pool at MIT, with the rectangular platform robots configuring themselves into straight lines, squares and even Ls.

So they’ve essentially mastered the basic shapes from Tetris, but this is a key step in the ultimate goal of making these the basis for truly utilitarian robots that can assemble and reassemble on-demand to create bridges, floating platforms, on-demand barges of any size and more, which would have obvious applications for reshaping urban environments with easy access to water.

The self-configuration and re-configuration happens because the roboats now come in two flavors: workers and coordinators. These units combine to form an overall platform, but the coordinators include GPS and a measuring tool for determining their relative pose and velocity. The workers have actuators to help the overall platform unit steer. The coordinators work together to figure out how they’re currently arranged, compare that to the target arrangement, and then issue orders about which ones stay in place and which ones have to change position to achieve that new shape given their starting point.

While the robots used for these specific experiments were about 3 feet by 1.5 feet in size, the full-sized roboats are about four times the size — but researchers think the algorithm will work when applied to them, too. That will be crucial if the team hopes to achieve its goal of building a bridge capable of autonomous formation to span the nearly 200-foot canal that connects the NEMO Science Museum in Amsterdam to a nearby neighborhood, which they’re aiming to do sometime next year.