When ProGuides pulled the covers off of its service earlier this year, the young Los Angeles-based startup intended to give gamers a way to train with professional and semi-pro esports players from around the world.

But as users signed on to the service, it became clear that they weren’t looking for training necessarily… Instead, what players wanted was a ringer.

“After we launched the beta, we found some interesting user behavior,” says Sam Wang. “We found that gamers were experienced already and wanted experienced players who are better than [the matches] the game can provide… At the end of the day you do get to play with someone pretty awesome and is something that I think can make games better.”

That’s right, ProGuides is pitching a marketplace for experienced gamers so that its customers aren’t randomly matched with some noob if they can’t game with their usual partners.

“Our tagline is ‘Play with pros’ now,” says Wang. “We already have over 5,000 sessions that were played in the last two months.”

The professional gamers who list their services on the site charge an average of $10 per session and ProGuides takes about a 25% cut. The company lowers its rates for popular gamers or gamers who are willing to spend more time on the platform either selling their services or actually coaching esports players.

A typical session on ProGuides lasts around 45 minutes and players are available for Fortnite, League of Legends, Super Smash Brothers, CS:GO and Hearthstone.

The LA-based company also has some venture-backed competition on the East Coast. Gamer Sensei, which has raised roughly $6 million (according to Crunchbase) has a similar proposition. It’s backed by Accomplice and Advancit Capital. 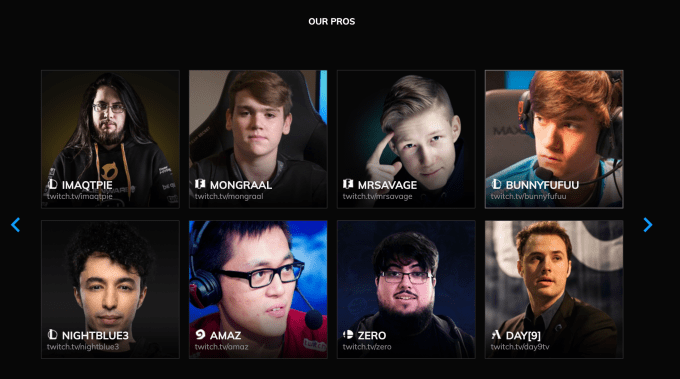