Instacart‘s chief financial officer and chief operating officer, Ravi Gupta, will exit the on-demand grocery delivery company at the end of the year to “return to his investing roots,” the company told TechCrunch this morning. The executive will join Sequoia Capital as a partner on the growth team beginning in January.

The company’s vice president of finance and strategy, Sagar Sanghvi, has been promoted to CFO, a critical role as the company gears up for an initial public offering as soon as next year. Instacart is actively searching for a COO replacement.

Valued at nearly $8 billion, Instacart has raised a total of $1.9 billion in venture capital funding since it was founded in 2012. Co-founder and CEO Apoorva Mehta has remained mum on any details surrounding the company’s IPO plans, telling TechCrunch last fall that a float “will be on the horizon.” 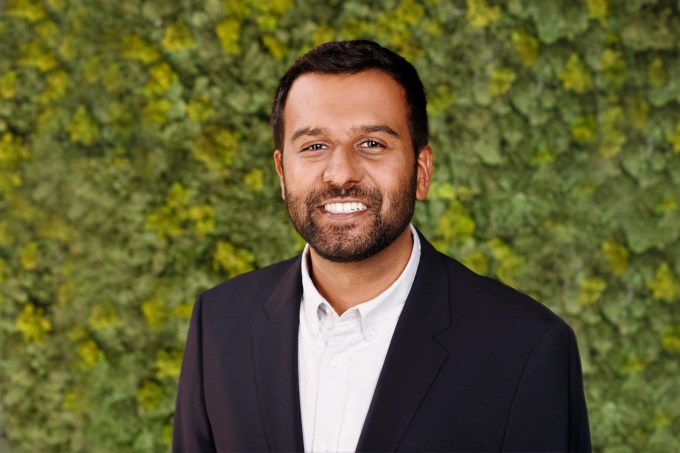 Instacart’s vice president of finance and strategy, Sagar Sanghvi, has been promoted to CFO.

After a decade at the investment firm KKR, Gupta joined Instacart in 2015 to manage both the company’s finances and operations as its first CFO and COO. He’s worked closely with Sequoia for some time; the firm first invested in Instacart prior to Gupta’s hiring, leading an $8.5 million Series A financing in 2013. Sequoia’s outspoken partner Michael Moritz sits on the company’s board of directors.

Roelof Botha, another Sequoia partner, says the venture capital firm helped San Francisco-based Instacart recruit Gupta to the C-suite years ago: “With Ravi now returning to his passion of investing, he can help other visionaries – like Apoorva – turn their dreams into reality,” Botha said in an emailed statement. “Ravi’s operational and investing experience, along with his strong work ethic and humility, will make him an invaluable partner to founders and our team.”

When Gupta joined Instacart to oversee finance, corporate development and strategic business initiatives in what was a newly created role, the business, a newly minted “unicorn,” had only 300 employees. Today, Instacart has roughly 1,000 full-time employees and another 100,000 “shoppers,” or contract workers who fulfill the online grocery orders.

“In 2015, I met Apoorva and he shared his vision for Instacart with me,” Gupta said in an emailed statement. “I was truly inspired and knew this was a team I wanted to join and a company I wanted to help build.”

Following his departure, Gupta will continue to advise Instacart on a variety of matters, the company said.

Instacart is announcing another two high-level hires this morning. Jakii Chu has joined the company as its chief marketing officer after nearly five years at sports merchandising business Fanatics, where she was senior vice president of e-commerce.

Chris Rogers, the former managing director of Apple Canada, has been hired as its vice president of retail. Rogers will be based in Instacart’s Toronto office, which Instacart opened earlier this year, reporting to chief business officer Nilam Ganenthiran.

Instacart delivers groceries to 5,500 cities across the U.S. and Canada, making deliveries from some 20,000 stores. Earlier this year, Instacart began its expansion into alcohol delivery. The service is now available in 20 states.