Insta360 has quickly established itself as the leader in 360-degree video capture, at least for the consumer market, and its new GO stabilized camera builds on that legacy and extends some of the tech it has built into the category of more traditional, non-360-degree footage.

The $199.99 GO is truly tiny — it weighs less than an ounce and measures less than two inches tall and an inch wide. It’s tiny, and that’s ideal for the use case that Insta360 has in mind for this device — wearing it or mounting it virtually anywhere for capturing quick clips. The GO’s all about quick action grabs, with a 30-second cap on clip recording, which you trigger by pressing the lone control button on the device (a second press stops the clip, unless you let it run the entire 30 seconds). 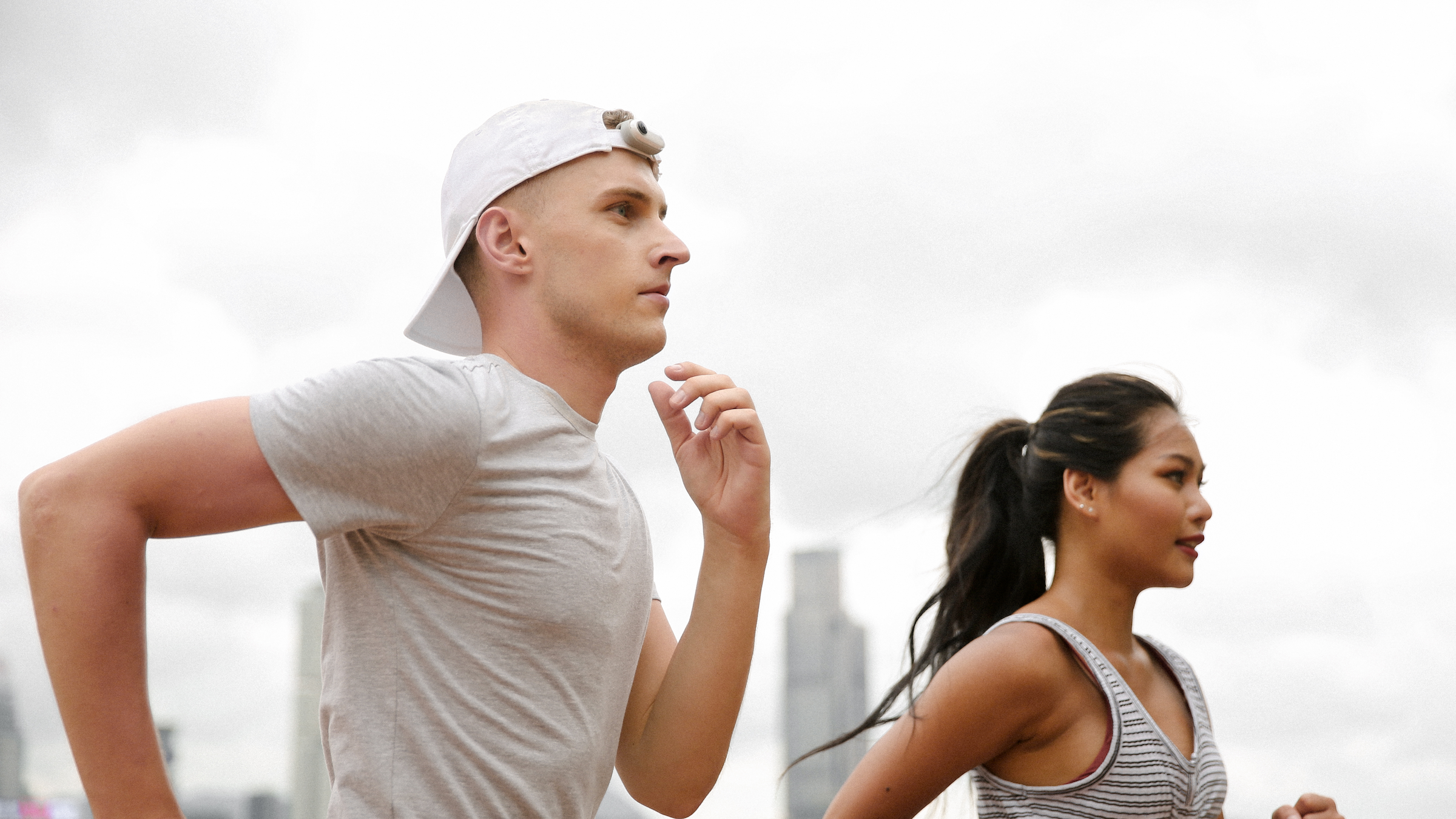 GO’s design is clearly meant for social sharing, but its secret weapon — versus just using your smartphone or making use of other devices — is that it packs Insta360’s FlowState stabilization on board. This is the company’s digital video stabilization feature, which works to great effect in its Insta360 One X 360-degree camera for smoothing out footage so that even in intense action sequences it’s not nausea-inducing.

GO also features a magnetic body, which is designed to work in tandem with a variety of accessories, including backs for securing them unobtrusively to clothing, an underwater housing (the camera itself is IPX4 rated, which means essentially it’s protected from splashes but not meant to be submerged) and mounts for sticking to things like surf boards or vehicles. It can capture clips at a resolution of up to 2720 x 2720, but it crops the image to 1080p (at 25 fps) for export as a result of the stabilization tech.

Shooting modes include a standard 25 fps as mentioned, as well as a 30 fps time-lapse, which can record up to eight hours (which will output a 9-second video) and a hyperlapse mode that can shoot for up to 30 minutes to generate a five-minute video. It can capture photos, too, exporting square images at 2560 x 2560 resolution, or a number of landscape options reading down from there.

In addition to simplifying capture, the Insta360 GO also hopes to make editing and sharing much easier with its FlashCut auto-editing feature. This software tool uses “AI” according to the company, in order to find the best clips (you can even sort by category, i.e. “food”) you capture throughout the day and then stitch them together in a final edit. You also can fully tweak the edits it provides if you’d rather be a more involved creator.

The biggest limitation, based on just reading the specs and not having had a chance to test this out yet, is that the battery life is rated at around 200 clips per day, based on an average of 20 seconds per clip. But that’s including recharging the camera when not in use using the included Charge Case, which has 2.5 extra charges using its built-in battery. That and the recording limitation could prove challenging to anyone looking to create a lot of content with this camera, but on the other hand, it’s very easy to ensure you have it with you at all times — even when your smartphone isn’t nearby. 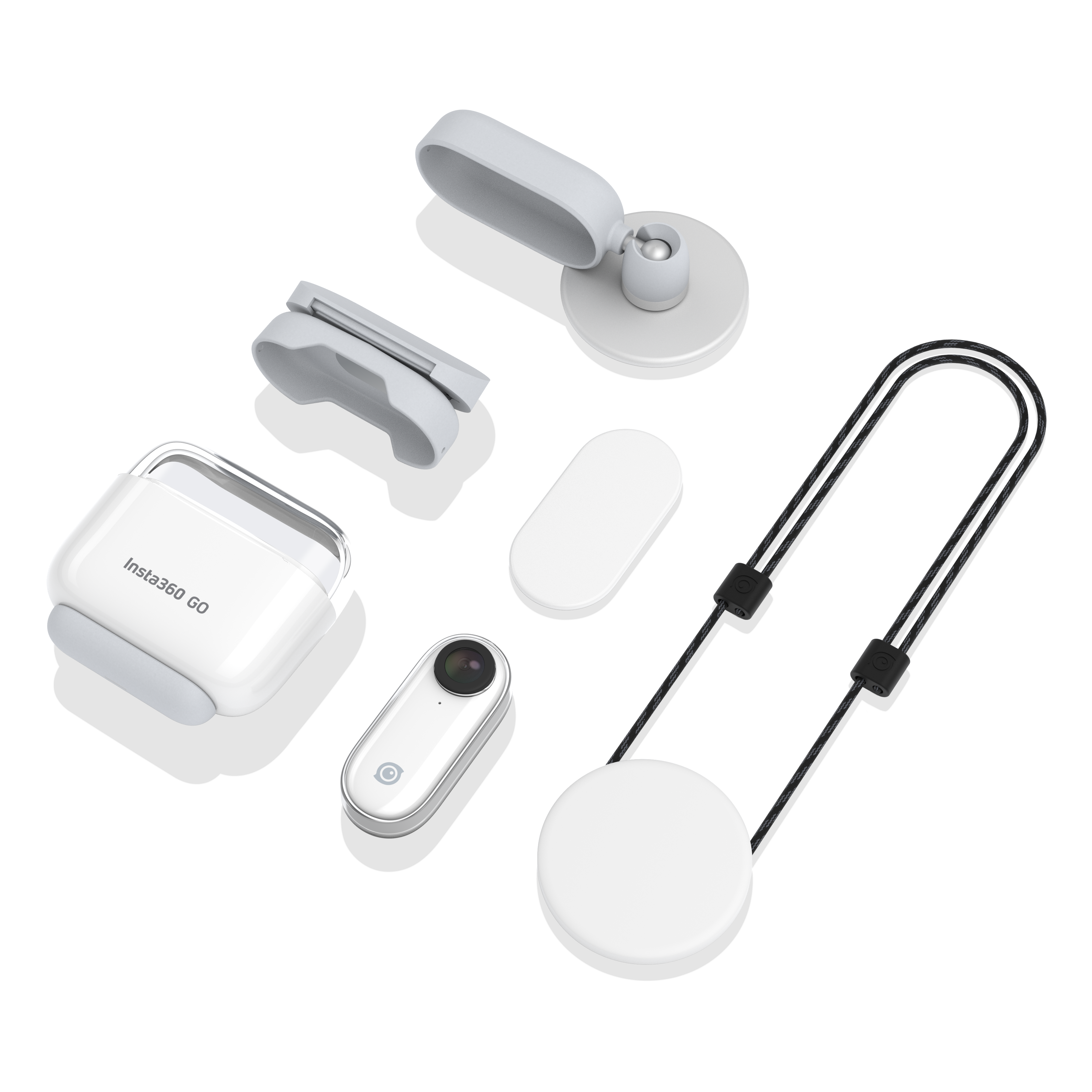 At $199.99, the Insta360 GO isn’t exactly cheap — but it does include the Charge Case, a pendant with a magnet you can use to wear it around you neck, a stand, a clip for clothing and a sticky mount for putting it on most smooth surfaces. You also can laser-engrave it if you purchase it directly via Insta360’s website. But after some missed starts for this category, like the Google Clips camera, and earlier entrants like, the Memoto and Narrative Clip life-logging cameras, I’ll be curious to see if Insta360’s additional features help this gadget define a category.