At a time when the industry appears to bet that AI will replace most human jobs, starting with the tens of millions currently residing in call centers, one startup is working to use the same technology to empower the jobs it is pegged to displace.

VoiceOps, a San Francisco-based startup, today announced it has raised $9 million in a Series A financing round led by Bain Capital Ventures. Existing investors Accel and Y Combinator also participated in the round. As part of the new fundraise, Ajay Agarwal of Bain Capital Ventures is joining VoiceOps’ board of directors, the startup said.

VoiceOps works with companies to help them coach and train their call center representatives. The idea is simple: Sales people are often not putting their best foot forward when they make the pitches. There is some gap between what they should be presenting in their calls and what they end up pitching.

That’s where VoiceOps comes in. It claims to have built one of the world’s biggest data sets of sales behavior. It works with companies to understand what they are trying to sell and how they wish to go about it, Ethan Barhydt, co-founder and CEO of VoiceOps, told TechCrunch in an interview. 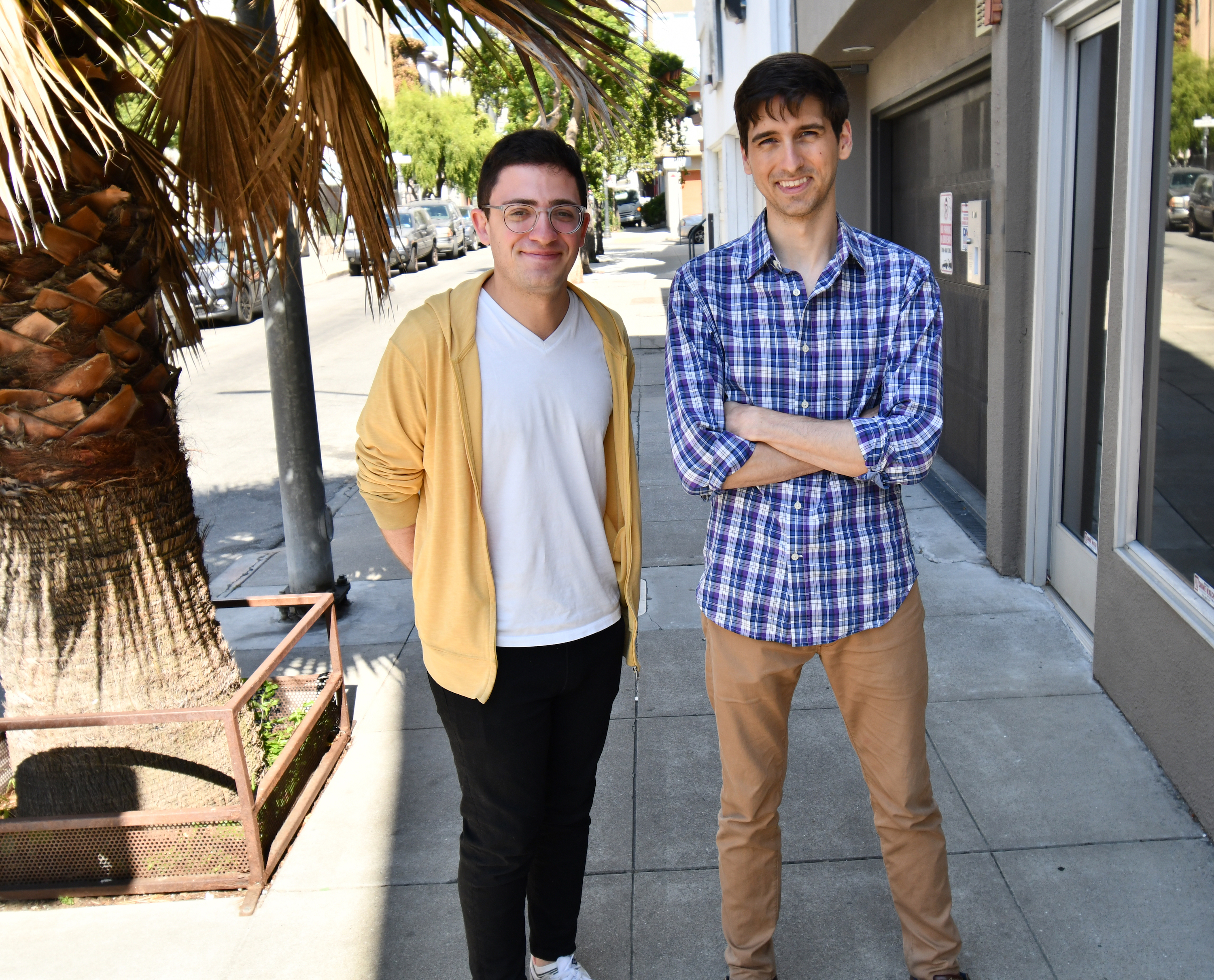 Co-founders of VoiceOps Ethan Barhydt, left, and Nate Becker pose for a picture. Their third co-founder, Daria Evdokimova, who previously serves as the startup’s CEO, is no longer involved in day to day operations.

The startup uses an AI-powered system to transcribe and analyze the sales calls and evaluates how often sales people adhere to the guidelines.

After the analysis, VoiceOps shares these insights with its clients. This helps the company quickly understand and address gaps in their reps’ sales behaviors. Thousands of calls originate from a call center each day. With the existing tools, it is hard to track exactly what improvements or changes a rep needs to make, Barhydt explained.

Barhydt likened VoiceOps’ approach to how self-driving car companies are improving their AI models. “Self-driving car companies take millions of images, where they have people manually label the cars in the stop signs, in the street lights, on the road, and then they feed that data into these models, and train the models to be able to do this accurately at scale. So we are doing the same thing. But instead of doing it on images, we’re doing it on conversation. The underlying technical problem that we have to solve is how do you take these complex unstructured conversations and turn it into structured data,” he said.

VoiceOps declined to share the number of clients it has, but said its customers today run some of the largest call centers in insurance, real estate, travel and insurance businesses, making as many as 50,000 calls each in a day. Additionally, the startup said its clients are able to see their conversion rate improve between 5% to 20% in the first 60 days itself, which helps them generate tens of millions of dollars in additional revenue.

In the last 12 months, Barhydt said VoiceOps’ solutions have helped several of its customers hit historic highs. “Early customers who spent $50K with us last year have 5X’d their spend to $250K after seeing stellar results,” he said. Education group Penn Foster, one of VoiceOps’ clients, is seeing the best rate of conversion in more than 100 years of its existence, he said.

In an interview with TechCrunch, Bain Capital Ventures’ Agarwal said the startup will use the fresh capital to scale its product offerings, hire more engineers and attract more customers. “This is a company that we think will grow at extraordinary rates — four to five times kind of growth. The kind of momentum that they have demonstrated in the past six months, we want to see it continue and grow that over the course of the next year,” he said.

According to official U.S. government figures, there are about 3.5 million Americans who work in this space today. VoiceOps wants to help them. “When reps receive effective coaching, their calls improve, they hit quota more often, and they make more money,” Barhydt said.