It’s hard at times not to feel sorry for Uber CEO Dara Khosrowshahi, given all that he inherited when he became the rideshare giant’s top boss back in April 2017.

Among his many to-do items: take public a money-losing company whose private-market valuation had already soared past what many thought it was worth, clean up the organization’s win-at-all-costs image and win over employees who clearly remained loyal to Uber co-founder Travis Kalanick, an inimitable figure who Khosrowshahi was hired to replace.

Things are undoubtedly about to get worse, given the fast-upcoming publication of a tell-all book about Uber authored by New York Times reporter Mike Isaac. In just one excerpt published yesterday by the newspaper, Isaac outlines how Uber misled customers into paying $1 more per ride by telling them Uber would use the proceeds to fund an “industry-leading background check process, regular motor vehicle checks, driver safety education, development of safety features in the app, and insurance.”

The campaign was hugely successful, according to Isaac, who reports that it brought in nearly half a billion dollars for Uber. Alas, according to employees who worked on the project, the fee was devised primarily to add $1 of pure margin to each trip.

Malik was close. Instead of an apology, Uber today sent out a mass email to riders titled, somewhat ominously, “Your phone number stays hidden in the app.” The friendly reminder continues on to tell customers that their “phone number stays hidden when you call or text your driver through the app,” that “pickup and drop-off locations are not visible in a driver’s trip history,” and that “for additional privacy, if you don’t want to share your exact address, request a ride to or from the nearest cross streets instead.”

The email was clearly meant to reassure riders, some of whom might be absorbing negative press about Uber and wondering if it cares about them at all. In fact, Uber has sent out a handful of emails relating to safety features since late March, when a college student was murdered after mistaking a car for her Uber ride. As for the timing, the company insists that today’s email is “unrelated” to the excerpt that was published yesterday — that it’s coincidence that it has advertised some of its traditional safety features to riders on the heels of a widely read report about the company’s apparently fraudulent “safe rides” campaign of several years ago.

Perhaps so, but the company can’t assume riders are piecing together a campaign from a handful of emails sent over many months that most will not open. And taken on its own, what today’s missive mostly accomplishes is to remind customers that riding in an Uber involves life-and-death risk.

Uber stressing it’s “committed to safety” without added context is the debating equivalent of a so-called negative pregnant, wherein a denial implies its affirmative opposite. It’s Uber shooting itself in the foot. 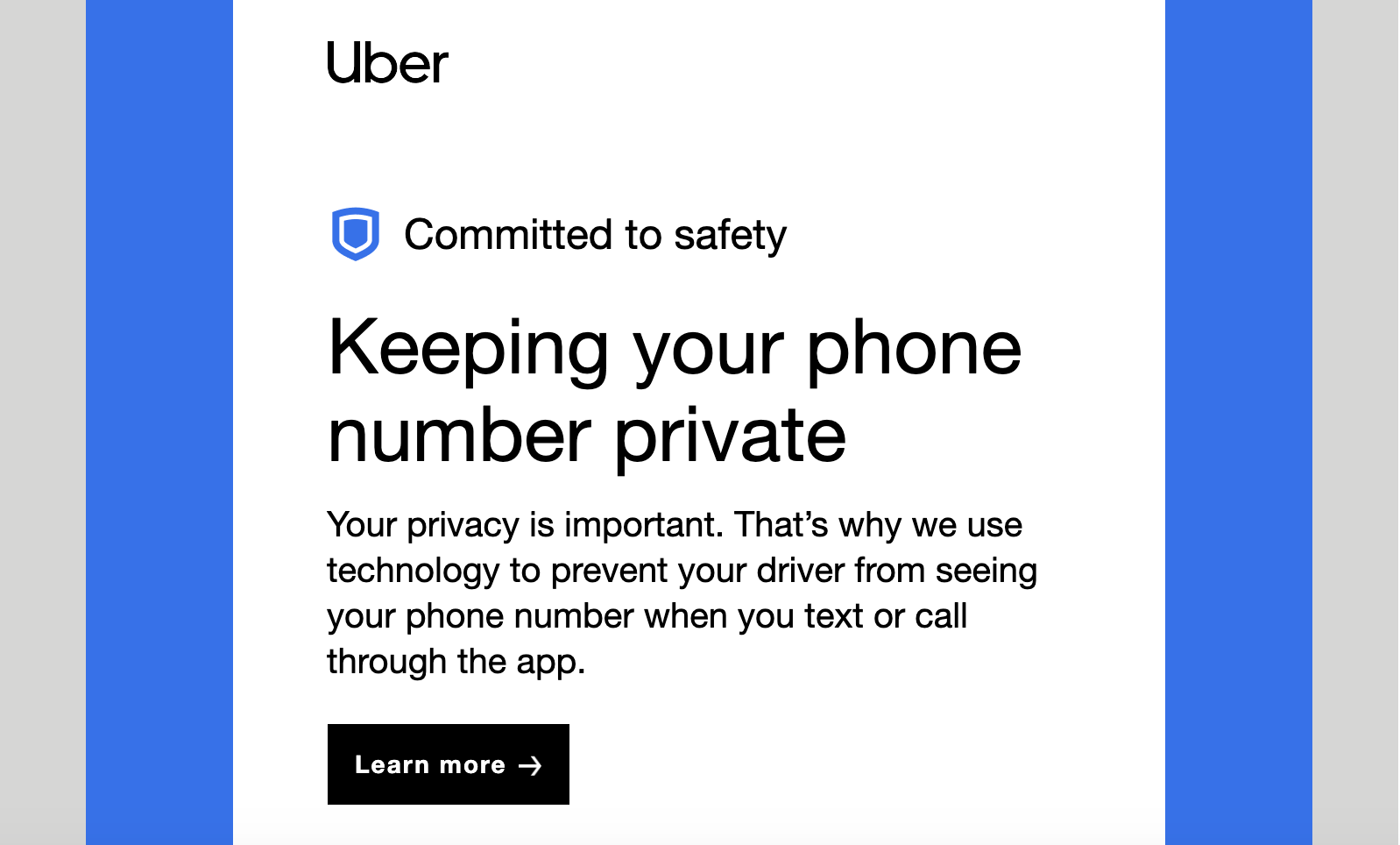 More broadly, the affair underscores the tricky terrain Uber is left to navigate right now. Though campaigns like “safe rides” were orchestrated under the leadership of Kalanick — who did whatever it took to scale the company — they are Khosrowshahi’s problem now.

So is the fact that the company’s shares have been sinking since its IPO in early May; that Uber’s cost-cutting measures will be scrutinized at every turn (outsiders particularly relished the company’s decision to save on employees’ work anniversaries by cutting out helium balloons in favor of stickers); and that Uber appears to be losing the battle, city by city, against labor activists who want to push up the minimum wage paid to drivers.

And those are just three of many daunting challenges that Khosrowshahi has been tasked with figuring out  (think food delivery, self-driving technologies, foreign and domestic opponents). No doubt Isaac’s book will highlight plenty of others.

How Uber handles the inevitable wave of bad publicity that comes with it remains to be seen. We don’t expect Khosrowshahi to come out swinging; that’s not his style.

But we also hope the company doesn’t continue emailing riders without doing more to explain why. It’s great if Uber is taking customer safety more seriously than it might have under Kalanick’s leadership. Randomly reaching out to tell riders how to remain safe from their Uber drivers isn’t the way to do it, though, especially without acknowledging in any way why it’s suddenly more eager to have the conversation.

Update: An earlier version of this story did not include feedback from Uber; the piece has been amended to reflect the company’s comments.