Twitter’s ongoing, long-term efforts to make conversations easier to follow and engage with on its platform is getting a boost with the company’s latest acquihire. The company has picked up the team behind Lightwell, a startup that had built a set of developer tools to build interactive, narrative apps, for an undisclosed sum. Lightwell’s founder and CEO, Suzanne Xie, is becoming a director of product leading Twitter’s Conversations initiative, with the rest of her small four-person team joining her on the conversations project.

(Sidenote: Sara Haider, who had been leading the charge on rethinking the design of Conversations on Twitter, most recently through the release of twttr, Twitter’s newish prototyping app, announced that she would be moving on to a new project at the company after a short break. I understand twttr will continue to be used to openly test conversation tweaks and other potential changes to how the app works. )

The Lightwell/Twitter news was announced late yesterday both by Lightwell itself and Twitter’s VP of product Keith Coleman. A Twitter spokesperson also confirmed the deal to TechCrunch in a short statement today: “We are excited to welcome Suzanne and her team to Twitter to help drive forward the important work we are doing to serve the public conversation,” he said. Interestingly, Twitter is on a product hiring push it seems. Other recent hires Coleman noted were Other recent product hires include Angela Wise and Tom Hauburger. Coincidentally, both joined from autonomous companies, respectively Waymo and Voyage.

To be clear, this is more acqui-hire than hire: only the Lightwell team (of what looks like three people) is joining Twitter. The Lightwell product will no longer be developed, but it is not going away, either. Xie noted in a separate Medium post that apps that have already been built (or plan to be built) on the platform will continue to work. It will also now be free to use.

Lightwell originally started life in 2012 as Hullabalu, as one of the many companies producing original-content interactive children’s stories for smartphones and tablets. In a sea of children-focused storybook apps, Hullabalu’s stories stood out not just because of the distinctive cast of characters that the startup had created, but for how the narratives were presented: part book, part interactive game, the stories engaged children and moved narratives along by getting the users to touch and drag elements across the screen. 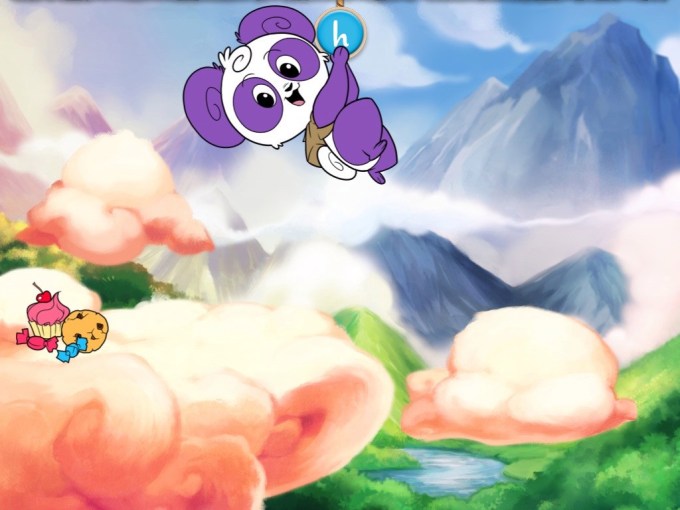 After some years, Hullabalu saw an opportunity to package its technology and make it available as a platform for all developers, to be used not just by other creators of children’s content, but advertisers and more. It seems the company shifted at that time to make Lightwell its main focus.

The Hullabalu apps remained live on the App Store, even when the company moved on to focus on Lightwell. However, they hadn’t been updated in two years’ time. Xie says they will remain as is.

In its startup life, the company went through YCombinator, TechStars, and picked up some $6.5 million in funding (per Crunchbase), from investors that included Joanne Wilson, SV Angel, Vayner, Spark Labs, Great Oak, Scout Ventures and more.

If turning Hullabalu into Lightwell was a pivot, then the exit to Twitter can be considered yet another interesting shift in how talent and expertise optimized for one end can be repurposed to meet another.

One of Twitter’s biggest challenges over the years has been trying to create a way to make conversations (also narratives of a kind) easy to follow — both for those who are power users, and for those who are not and might otherwise easily be put off from using the product.

The crux of the problem has been that Twitter’s DNA is about real-time rivers of chatter that flow in one single feed, while conversations by their nature linger around a specific topic and become hard to follow when there are too many people talking. Trying to build a way to fit the two concepts together has foxed the company for a long time now.

At its best, bringing in a new team from the outside will potentially give Twitter a fresh perspective on how to approach conversations on the platform, and the fact that Lightwell has been thinking about creative ways to present narratives gives them some cred as a group that might come up completely new concepts for presenting conversations.

At a time when it seems that the conversation around Conversations had somewhat stagnated, it’s good to see a new chapter opening up.