Kobiton, an Atlanta-based mobile testing platform that helps developers test their apps on real devices using the open-source Appium automation framework, today announced that it has raised a $5.2 million Series A round. The round was led by BIP Capital, with support from seed investors KMS Technology and Kinetic Ventures, as well as BetterCloud executive chairman Jon Hallett, former Infor COO Ken Walters and Kevin Lee, the CEO of Kobiton. Previously, the company raised $3 million in seed funding.

KMS Technology actually incubated Kobiton before it was spun out into its own company in 2016.

One thing that sets Kobiton apart from other on-device testing services like Microsoft’s App Center Test Cloud, the AWS Device Farm and Google’s Firebase Test Lab is that it offers a cloud-based lab but also allows you to test set up your own private and local labs as needed. In total, Kobiton supports more than 350 devices and, of course, provides detailed logs for all tests, including full video, screenshots, system metrics and more. 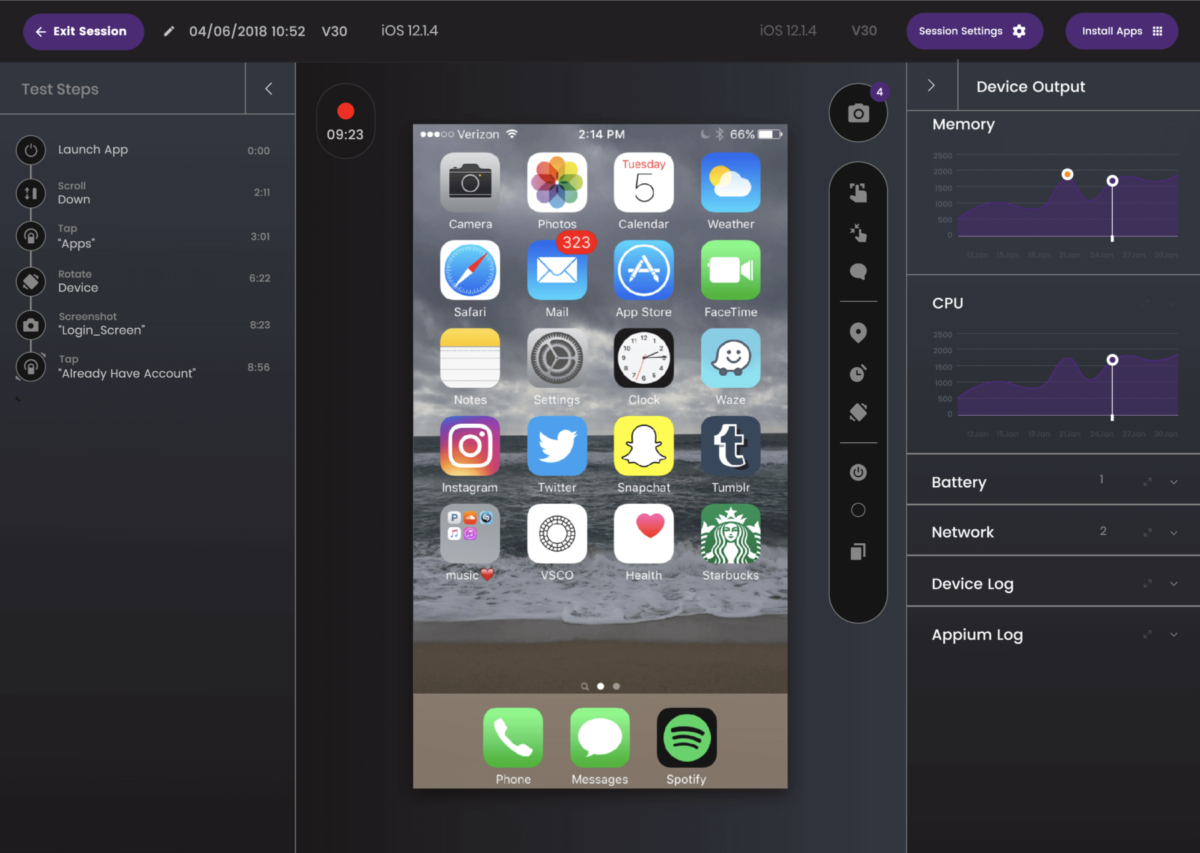 “Our own survey of over 1,500 organizations confirm the trends we’re seeing in the industry: First, companies have greatly advanced on the maturity testing model with more and more realization that extensive real-device testing is necessary to create flawless user experiences for all users on all devices,” Kobiton CEO Kevin Lee told me. “Second, organizations of all sizes have acknowledged that moving to automated testing is imperative to remain competitive in today’s fast-paced world. Time-to-market is becoming a critical measure of overall quality and the only way to get there is through extensive automated testing.”

Lee argues that until now, it took a lot of developer-level expertise to write the test scrips necessary to run automated tests. The Appium project has made this easier, but it’s not a trivial undertaking to set up tests with it either. He also argues that automated test scripts tend to be brittle. “They break when the underlying App changes, and worse, tend to break for the same App being tested on different device types,” he said.

Kobiton allows developers to create tests without having to write scripts by using its “record and playback” feature. This still creates regular Appium code in the background, but developers don’t have to interact with it. Because that code is there, though, the company can then work its magic and add an abstraction layer (“Appium Anywhere”) that allows those tests to run on any device.

“What that means is that your test script will run the same on every device without requiring changes to your test script,” explains Lee. “Combined, these technologies will allow organizations to adopt mobile automation, at scale, in a cost-effective and time-efficient manner.”

Like most companies at this stage, Kobiton plans to use the new funding to expand its sales, marketing, customer support and product development efforts. On the product side, a lot of that work will go into the “record and playback” tools.