It’s finally Bag Week again! The most wonderful week of the year at TechCrunch. Just in time for back to school, we’re bringing you reviews of bags of all varieties: from backpacks to rollers to messengers to fanny packs.

Honestly, I’d thought I’d have grown out of backpacks by this point in my life. I had a year or two flirtation with messengers, but all roads eventually led back to the over-the-shoulder satchel. As a subway commuter who carries around a laptop at all times, it just works for me.

Until recently, however, I never really had much allegiance to any bag companies. I’ve used JanSport and Crumpler and Herschel and have a closet full of promotional bags I’ve accumulated over the years, but any semblance of brand loyalty has been fleeting at best.

Last year, however, I fell pretty hard for Timbuk2’s Never Check (as hard as a man can fall for a travel backpack). The carry-on backpack joined me for two weeks in Asia, traveling to a handful of different TechCrunch events. It addressed my travel needs better than any bag I’ve used, and when I returned to the States, I purchased the company’s Authority Pack for my day to day commute. 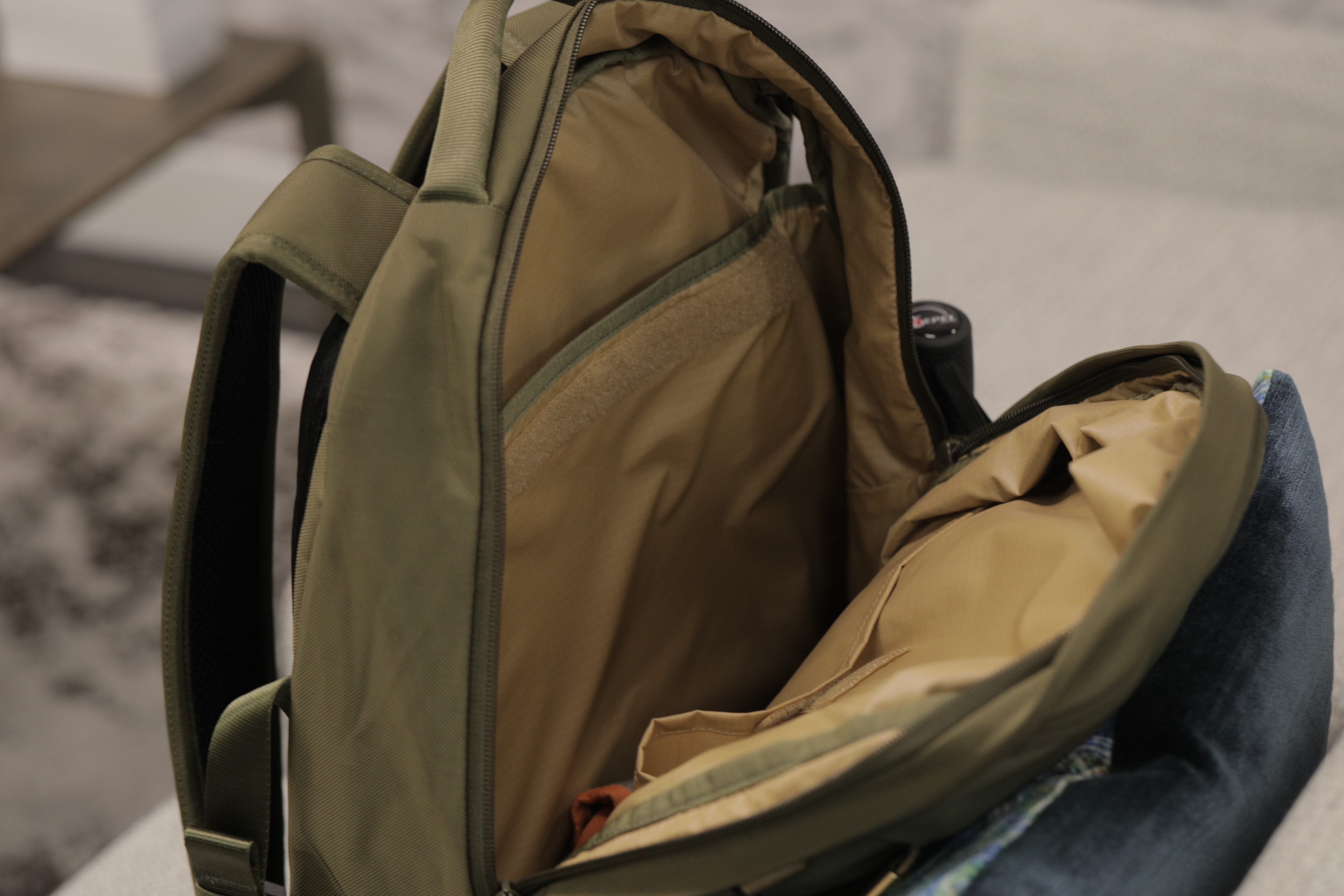 I like the bag just fine. It’s got a nice assortment of internal pockets, but lacks the kind of versatility I’d gotten used to with the Never Check. Hoping to split the difference, I asked the company to send its new Parker Commuter Backpack to take for a spin. So far, so good. The bag does a good job delivering much of the Never Check’s amenities on a scale that works for the nearly two or so hours a day I spend commuting in and out of Manhattan.

Waterproofing was key to the choice, as well. I’d recently lost use of a work MiFi in a freak torrential downpour. It was stowed away in a zipped-up pocked I thought was sufficiently insulated against the elements. Turns out, however, that a little water behind the display is a dangerous thing when it comes to a portable Wi-Fi device.

The Parker has that part covered with a wax canvas front, including a couple of external pockets with covered zippers. I was a bit surprised how much of the storage space was monopolized by the trio of out-facing pockets. It’s a 180 from the two slim ones on the Authority.

Here there are zippers on the top and bottom pouches, with the center and largest pocket snapping together with a magnet. It’s an interesting touch and one I’ve not seen much of in backpacks. It does seem to lack the relative security of a zipper, so you might want to skip storing valuables in there, but it makes for easy access, which is great for things like keys. I’ve also not had any issue with the three after getting caught in the rain a couple of times. 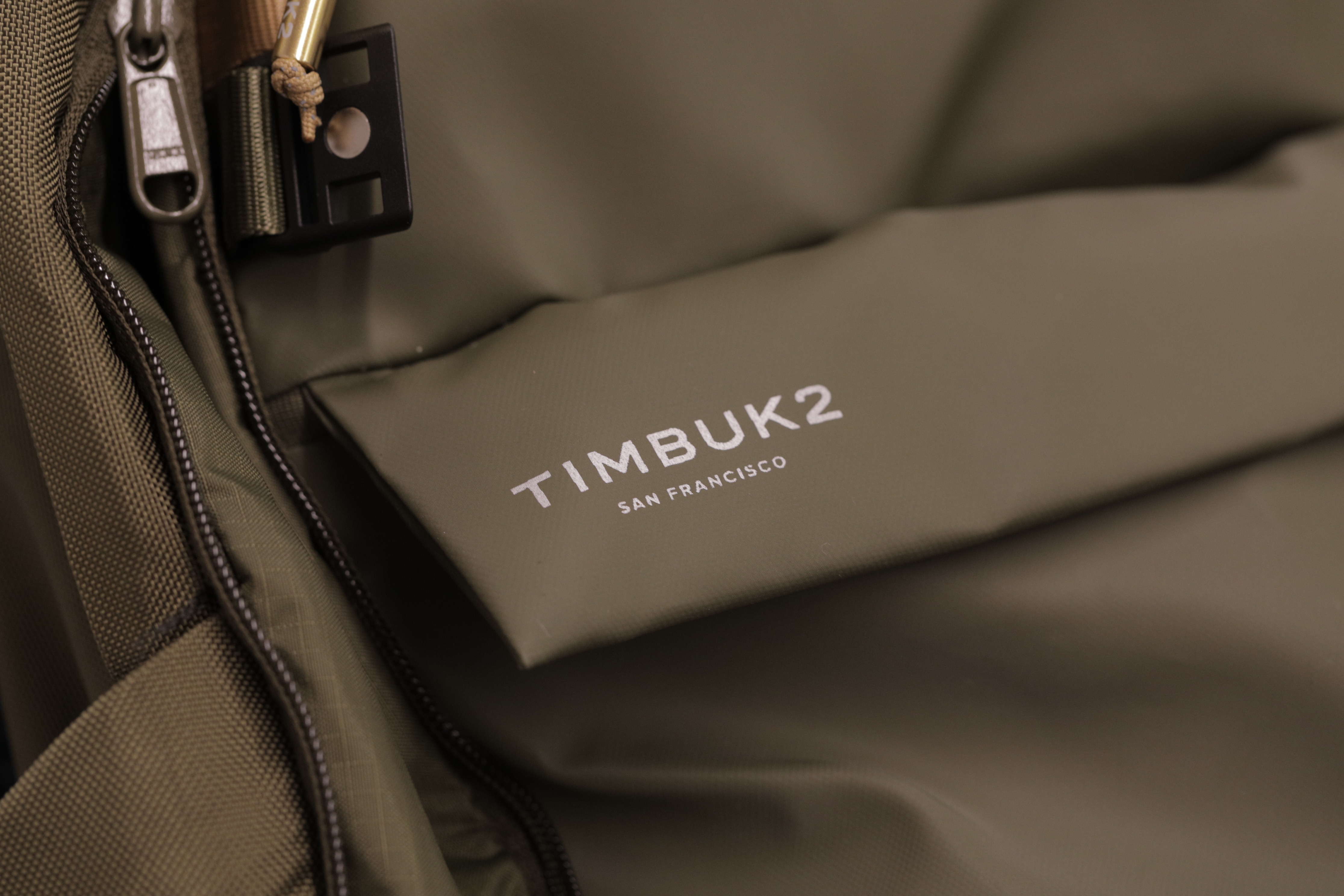 On either side there’s a narrow, but expandable slot for an umbrella and/or water bottle. And like the Never Check, the primary zipper expands the bag for additional storage. That’s nice for overnights, or those days when you’re bringing groceries back to the apartment.

Also, like the Never Check, there’s a nearly hidden zipper on the side rear for slipping a 15-inch laptop in and out. Interestingly, that panel can also be accessed through the main compartment. I’m not in love with that part. I do like the way the Never Check keeps the laptop hidden. 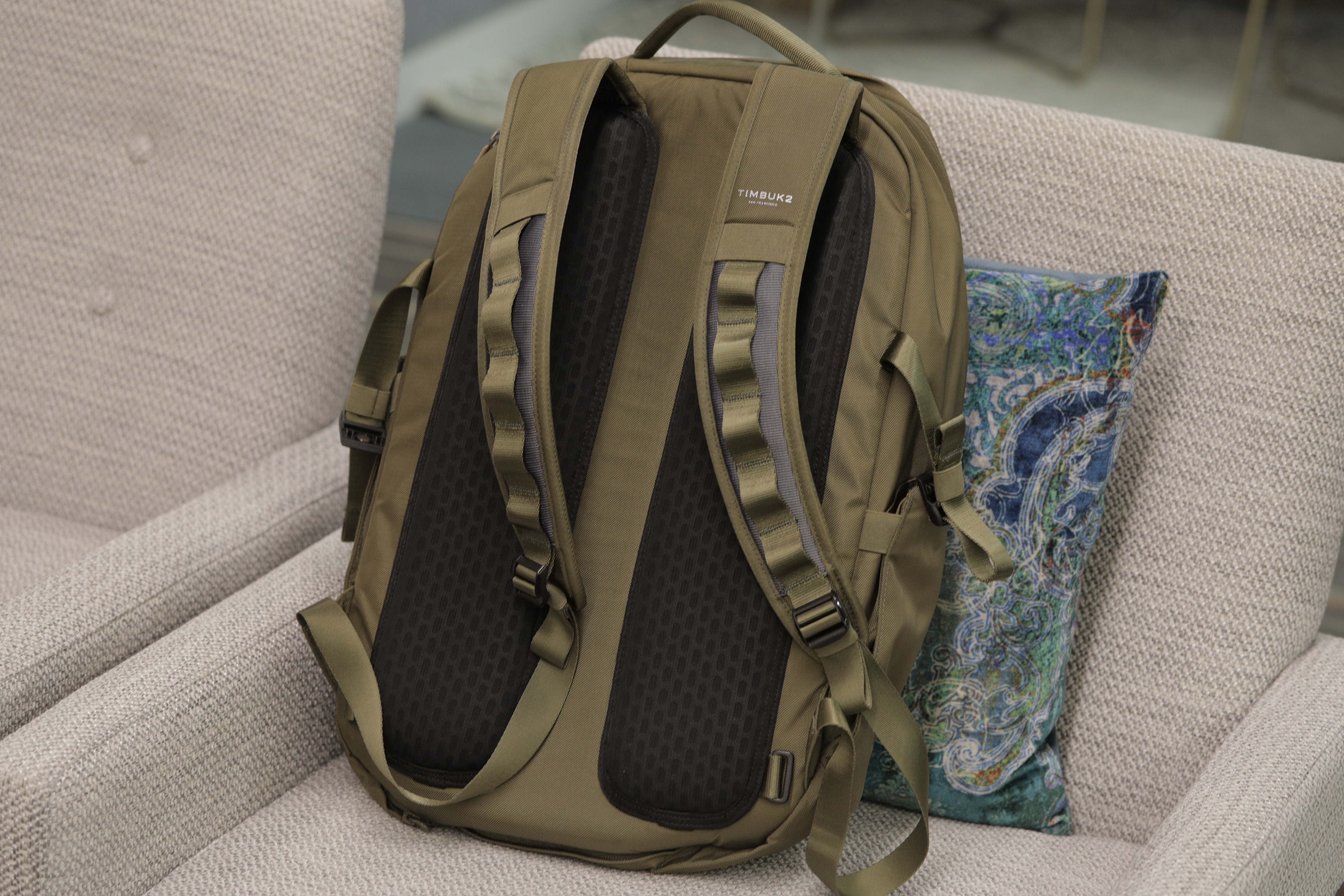 The Airmesh back panel is a nice touch, keeping the wearer’s back a bit cooler, especially during this brutal East Coast August. There are plenty of security straps, as well, for cyclists, though those thankfully remove easily for day to day usage.

At $219, the Parker is considerably pricier than the Authority ($129), but it’s got more than enough space and is built to last.