Apple this morning announced its highly anticipated new credit card, Apple Card, is launching today for all customers in the U.S. Customers will be able to apply for the Apple Card through the Wallet app on the iPhone, then immediately begin using it by way of Apple Pay — before the physical card arrives in the mail.

Powered by Goldman Sachs and Mastercard, the card will work both as a traditional credit card and through Apple Pay anywhere that Mastercard is accepted. In lieu of points, which are favored by many of today’s credit card users, Apple Card doles out cash back for purchases. And it especially incentivizes users to choose Apple Pay, which offers 2% back instead of just 1% for non-Apple Pay purchases.

In addition, purchases from Apple are rewarded with 3% back — making it an obvious choice for buying Apple hardware and other gear.

Apple says it’s now extending 3% back to Uber and Uber Eats, too.

The cash back is added to your Apple Cash balance or to the card’s monthly balance if you don’t want to use an Apple Cash account. 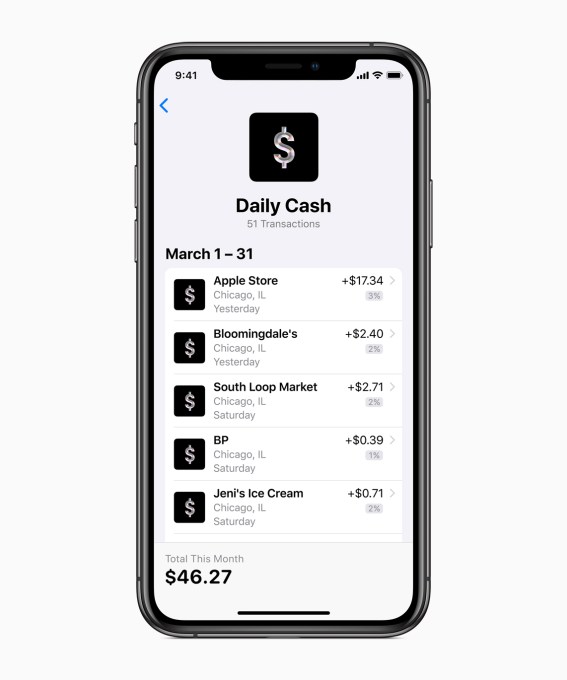 The card is designed to be more transparent about interest and fees. It carries no annual fees, cash advances fees, over the limit fees or late fees. Its variable APR ranges from 12.99% to 23.99% based on the creditworthiness of the applicant. Information about the user’s charges and interest is clearly displayed in the app companion, and charges are color-coded for easier understanding.

For example, if you’re spending at restaurants, the card will become orange on your device. When you shop for entertainment-related items, it changes to a mix of orange and pink. 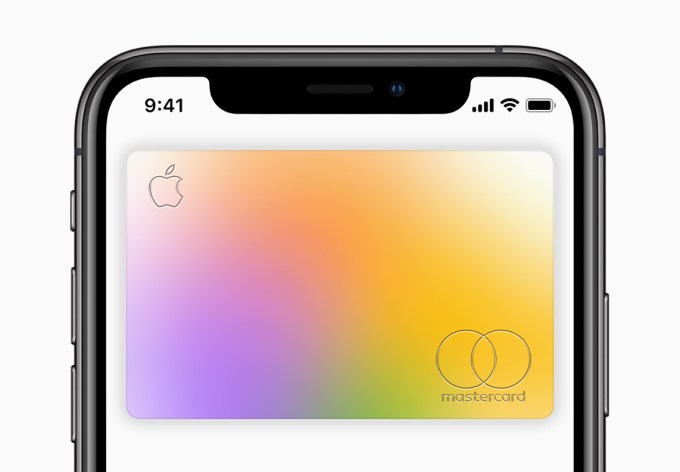 The card benefits from its built-in nature on Apple devices, too.

Beyond the Wallet and Apple Cash integrations, customers can text for support through iMessage and view transaction locations in Apple Maps.

“We’re thrilled with the overwhelming interest in Apple Card and its positive reception,” said Jennifer Bailey, Apple’s vice president of Apple Pay, in a statement. “Customers have told us they love Apple Card’s simplicity and how it gives them a better view of their spending.”

The launch follows an Apple Card preview earlier this month, where the card was offered to select users.

With today’s launch, Apple says it’s extending the 3% Daily Cash to more merchants and apps besides itself.

Starting today, Apple Card customers will receive 3% cash back on Apple Pay purchases with Uber and Uber eats. More merchants and apps will be added in the future, it says. In the fine print of today’s announcement, Apple notes that Apple Pay is coming soon to Uber services like Uber Cash, Scheduled Rides and JUMP.

Purchases made with the physical, titanium Apple Card will continue to receive 1% cash back.

Apple touts the privacy benefits of its card as another advantage. Apple won’t know where a user has shopped, it says, and Goldman Sachs won’t share or sell data to third parties for marketing and advertising, the company says.

The physical card also doesn’t display its fixed number on the face of the card — that’s stored on the mag stripe and is accessible through the app, if needed. No signature is required either.

The card will be available to customers in the U.S. with an iPhone 6 or higher, running iOS 12.4.