On Friday night, the president once again tweeted about Apple. This time, however, things were a bit more positive. “Having dinner tonight with Tim Cook of Apple,” he wrote in advance of the meeting. “They will be spending vast sums of money in the U.S. Great!”

The pair had dinner at Trump’s golf club in Bedminster, N.J. On Sunday, the president offered a debrief of the meeting after 10 days at the club, telling a small gathering of reporters, “I had a very good meeting with Tim Cook […] Tim was talking to me about tariffs, and one of the things, he made a good case, is that Samsung is their number one competitor and Samsung is not paying tariffs because they’re based in South Korea. And it’s tough for Apple to compete with a very good company that’s not.”

It’s not the first time Cook has expressed concern of the penalties of tariffs in a meeting with Trump, though the mention of Samsung appears to have struck a chord with the president. The executive’s concerns have also been echoed by representatives from a number of different industries that have argued that Trump’s tariffs unfairly penalize goods produced by U.S. companies. 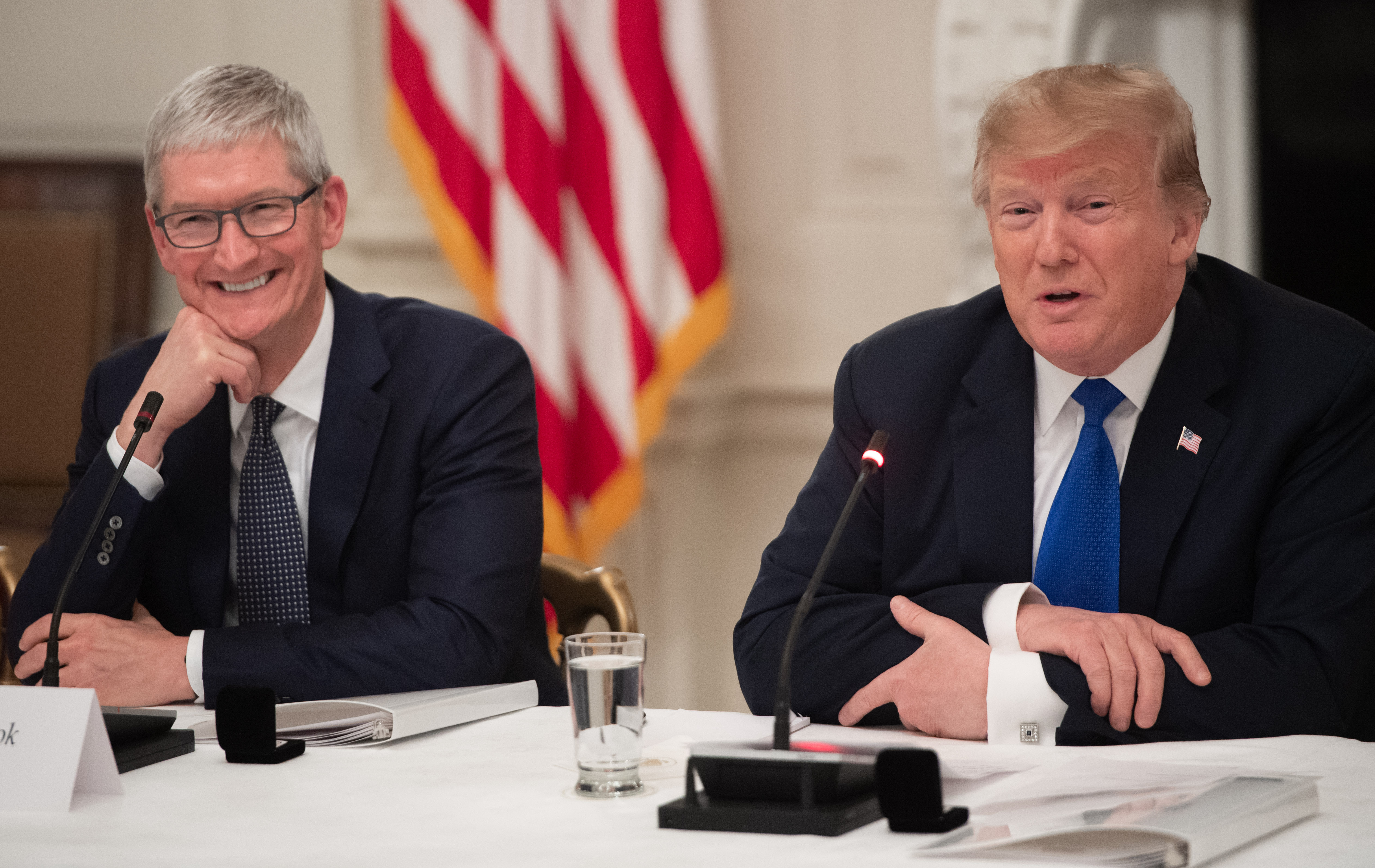 US President Donald Trump speaks alongside Apple CEO Tim Cook (L) during the first meeting of the American Workforce Policy Advisory Board in the State Dining Room of the White House in Washington, DC, March 6, 2019. (Photo: SAUL LOEB/AFP/Getty Images)

A week ago, the United States Trade Representative (USTR) delayed tariffs for certain electronics, which Trump noted was done in order to keep prices down for the holidays.

In late July, Trump took to Twitter to hold the specter of tariffs over Apple, in response to reports that its Mac Pro desktop would no longer be produced in the U.S. “Apple will not be given Tariff wavers, or relief, for Mac Pro parts that are made in China,” he tweeted. “Make them in the USA, no Tariffs!”

Apple, meanwhile, recently touted investments involved in “creating and supporting 2.4 million US jobs across all 50 states.”