Starsky Robotics has been building its self-driving — and human-driven — truck business for three years now. And it’s finally ready to show off its first product.

It’s not, as one might presume, a self-driving truck. This product, called Hutch, offers what in Starsky’s view is far more valuable: automatic access to its trucking capacity, no phone calls or paper logs necessary.

The trucking industry is a giant and fragmented system of shippers, freight carriers, brokers and, of course, drivers. This system is almost always out of whack with more demand for capacity (and, in turn drivers) than is available.

Traditionally, large shippers partner with freight brokers like C.H. Robinson to manage capacity. Startups including Convoy, Loadsmart, Transfix and Uber Freight are aiming to disrupt the freight brokerage part of the trucking world by developing apps that match truckers with shippers.

Meanwhile, traditional trucking companies like Schneider have set up their own brokerages because — again — sales typically outpace capacity.

Hutch is an API that gives freight brokers and major shippers access to Starsky’s trucking capacity without what co-founder and CEO Stefan Seltz-Axmacher describes as “back office intervention.” The API allows partner brokers and select shippers to integrate directly with Starsky’s operations. Using the Hutch API, a broker can bid for space in Starsky’s autonomous and human-driven trucks without calling the company. 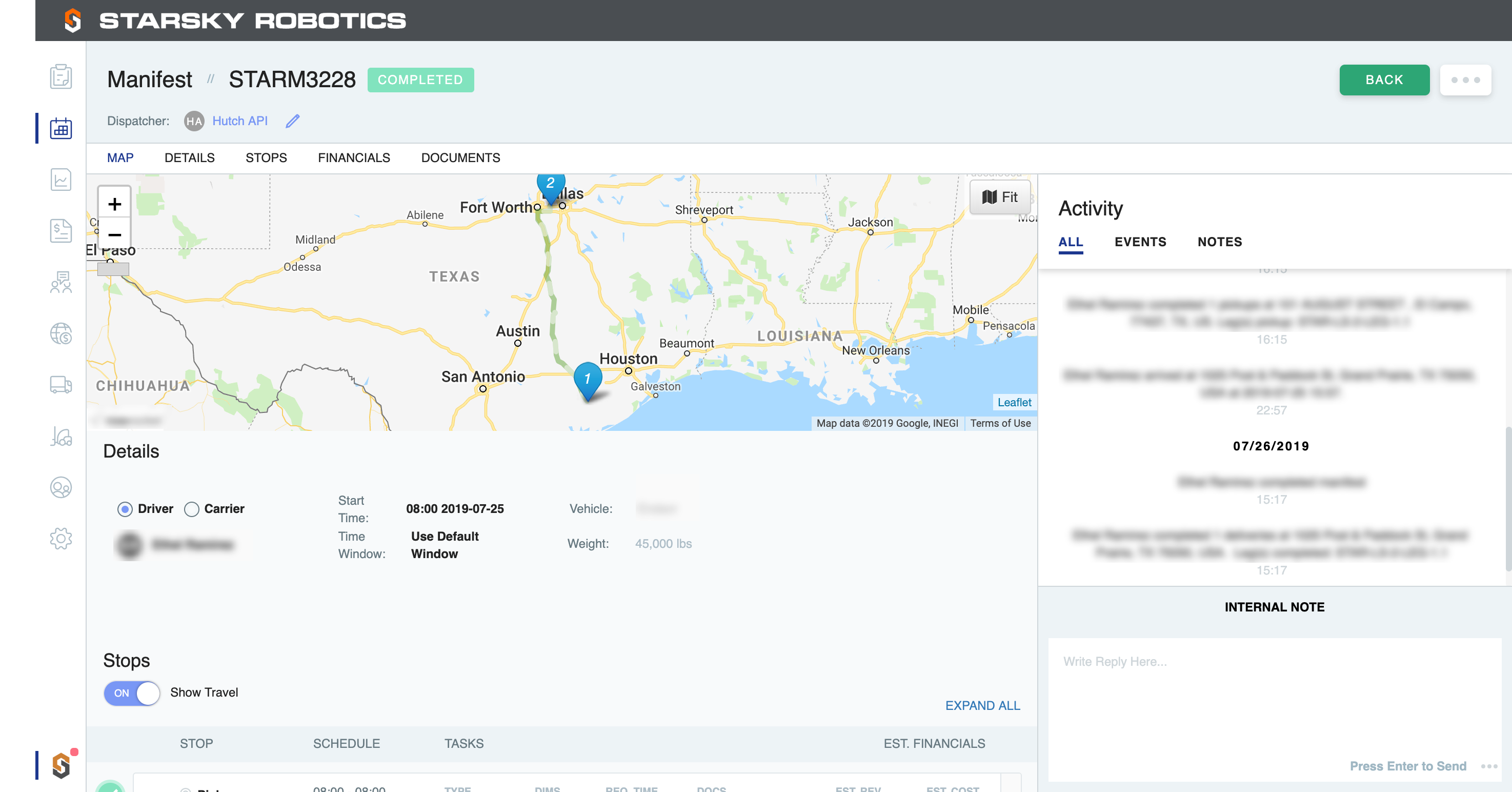 “It’s simple, we are selling the capacity of our self-driving truck,” Seltz-Axmacher said, admitting that in most industries, an API like Hutch would be ubiquitous.

“If this was an API to find the nearest scooter, we wouldn’t be talking because I think 25 of those exist,” Seltz-Axmacher said. “In trucking, it’s been surprising to us how manual the industry is — all the technology that you would assume exists, doesn’t.”

Today, Starsky’s trucks, most of which are driven by humans, haul 40 loads a day. Starsky hauls most of that freight through brokers Schneider Logistics and C.H. Robinson. The company wants the majority of its loads to be brokered through the API, and eventually have no loads that don’t go through Hutch.

Hutch is essential to Starsky’s growth as a company, Seltz-Axmacher contends. With Hutch, Starsky employees can focus on building a robot that can safely drive, and in turn, bring some relief to the capacity-constrained trucking market.

“I don’t want to sell that capacity with a whole bunch of phone calls to brokers, long negotiations and yada, yada, yada,” Seltz-Axmacher told TechCrunch. “I want to make that available to brokers via an API, where it’s all programmatic.”

More importantly, it gives Starsky control over where it hauls freight. Starsky has been operating a traditional trucking business that employs human drivers to haul loads for customers. It also has several autonomous trucks that are driven and supported by a handful of test drivers.

Starsky can limit the API to only the safest, easiest and legal routes for its self-driving trucks. That means Starsky will miss out on hundreds, even thousands, of routes across the country.

Even with those limitations, Starsky sees ample opportunity. “We believe that there is a $50-billion-plus freight market on routes that appear easy for our current system to drive in states where it is legal,” Seltz-Axmacher said. For now, that means routes in Alabama, Florida, Louisiana and Texas.