Xiaomi has now been India’s top smartphone seller for eight straight quarters. The company has become a constant headache for Samsung in the world’s second largest smartphone market as sales have slowed pretty much everywhere else in the world.

The Chinese electronics giant shipped 10.4 million handsets in the quarter that ended in June, commanding 28.3% of the market, research firm IDC reported Tuesday. Its closest rival, Samsung — which once held the top spot in India — shipped 9.3 million handsets in the nation during the same period, settling for a 25.3% market share.

Overall, 36.9 million handsets were shipped in India during the second quarter of this year, up 9.9% from the same period last year, IDC reported. This was the highest volume of handsets ever shipped in India for Q2, the research firm said.

As smartphone shipments slow or decline in most of the world, India has emerged as an outlier that continues to show strong momentum as tens of millions of people purchase their first handset in the country each quarter.

Research firm Counterpoint told TechCrunch that there are about 450 million smartphone users in India, up from about 350 million late last year and 300 million in late 2017. This growth has made India, home to more than 1.3 billion people, the fastest growing market worldwide.

Globally, meanwhile, smartphone shipments declined by 2.3% year-over-year in Q2 2019, according to IDC.

Chinese phone makers Vivo and Oppo, both of which spent lavishly in marketing during the recent local favorite cricket season in India, also expanded their base in the country. Vivo had 15.1% of the local market share, up from 12.6% in Q2 2018, while Oppo’s share grew from 7.6% to 9.7% during the same period. The market share of Realme, which has gained following after it started to replicate some of Xiaomi’s early models, also shot up, moving from 1.2% in Q2 2018 to 7.7% in Q2 2019. 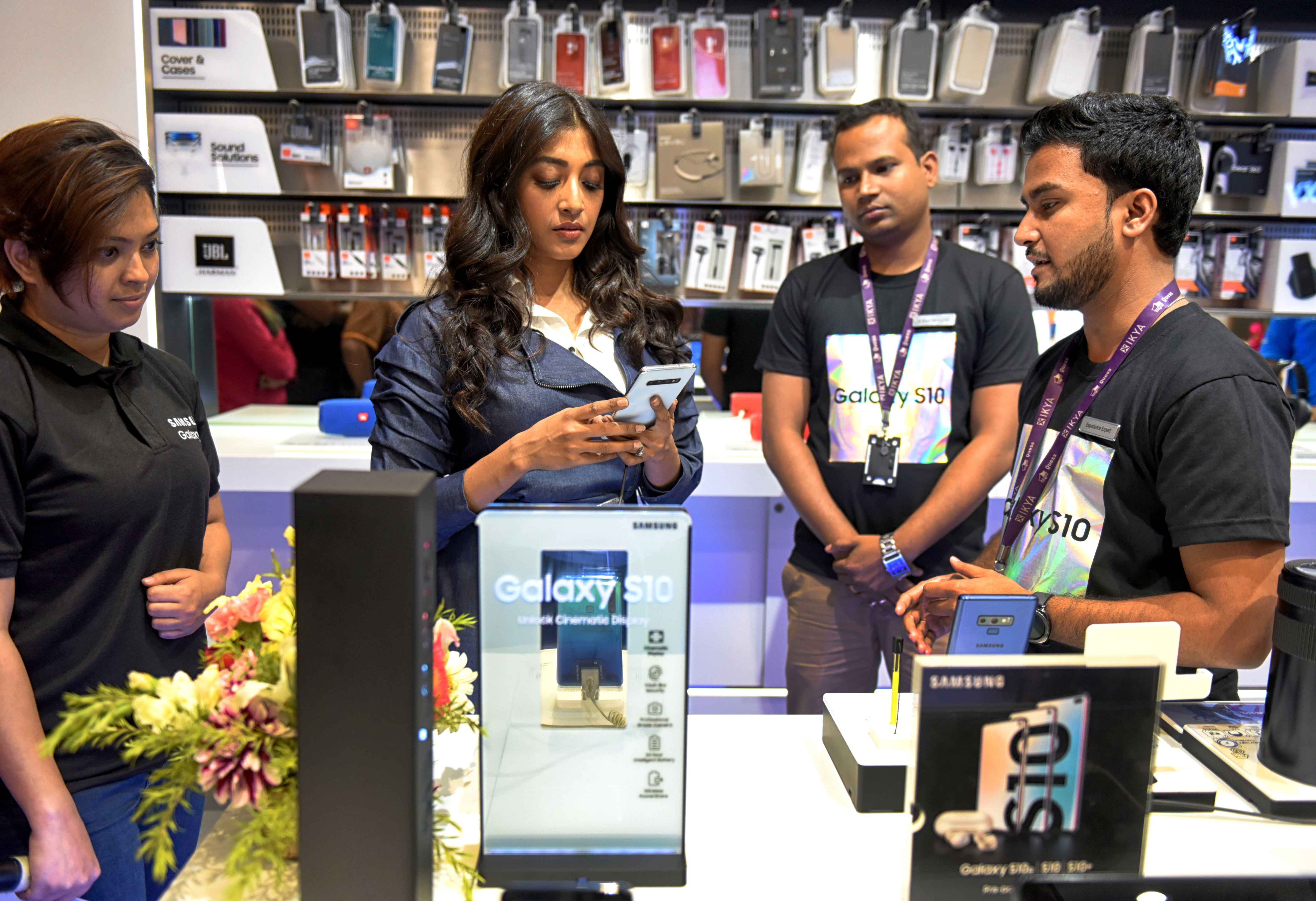 The key to gaining market share in India has remained unchanged over the years: better specs at lower prices. The average selling price of a handset during Q2 was $159 in the quarter that ended in June this year. Seventy-eight percent of the 36.9 million phones that shipped in India during this period sported a sticker price below $200, IDC said.

That’s not to say that phones priced above $200 don’t have a market in India. Per IDC, the fastest growing smartphone segment in the nation was priced between $200 to $300, witnessing a 105.2% growth over the same period last year.

Smartphones priced between $400 and $600 were the second-fastest growing segment in the country, with a 16.1% growth since the same period last year. Chinese phone maker OnePlus assumed 63.6% of this premium segment, followed by Apple (which has less than 2% of the overall local market share) and Samsung.

Feature phones that have maintained a crucial position in India’s handsets market continue to maintain their significant footprint, though their popularity is beginning to wane — 32.4 million feature phones shipped in India during Q2 this year, down 26.3% since the same period last year.

India has become Xiaomi’s biggest market. It entered the country five years ago, and for the first two, relied mostly on selling handsets online to cut overhead. But the company has since established and expanded its presence in the brick and mortar market, which continues to account for much of the sales in the country.

Earlier this month, the Chinese phone maker said it had set up its 2,000th Mi Home store in India. It is on track to have a presence in 10,000 physical stores in the country by the end of the year, and expects to see half of its sales come from the offline market by that time frame.

Samsung has stepped up its game in India in the last two years, as well. The company, which opened the world’s largest phone factory in the country last year, has ramped up productions of its Galaxy A series of smartphones that are aimed at budget-conscious customers and conceptualized a similar series that includes Galaxy M10, M20 and M30 smartphone models for the Indian market. The Galaxy A series handsets drove much of the growth for the company, IDC said.

“The vendor was also offering attractive channel schemes to clear the stocks of Galaxy J series. Galaxy M series (exclusive online till the end of 2Q19) saw price reductions, which helped retain the 13.5% market share in the online channel in 2Q19 for Samsung,” IDC said.

But the South Korean giant continues to have a tough time passing Xiaomi, which continues to maintain low profit margins (Xiaomi says it only makes 5% profit on any hardware it sells). Xiaomi has also expanded its local production efforts in India and created more than 10,000 jobs in the country, more than 90% of which have been filled by women.