AT&T’s live TV streaming service, DirecTV Now, is getting a new name. The company in July announced that the service would soon be rebranded to AT&T TV NOW at some point later in the summer. The company today confirmed that change is officially rolling out.

The company teased the rebrand’s launch on its Twitter account this afternoon, but didn’t clarify what it meant by “whole new look.” Many assumed the tweet referred to the fact that the DirecTV Now brand — which still remains across all app platforms and social accounts — will finally be removed.

A company spokesperson confirmed the tweet was related to AT&T’s prior announcement of the name change.

That being said, the AT&T DirecTV Now apps haven’t yet been updated in the app stores, so this is the first news that the name change is imminent. (The spokesperson could not speak to the exact timing of the rebrand’s arrival.)

Heads up — this account is about to get a whole new look. Stay tuned for an exciting announcement. 👀

AT&T had previously explained that DirecTV Now customers would see the rebranding go live around the same time that the new AT&T TV service began its pilot testing.

The latter is the company’s new home TV service that doesn’t require a satellite. Instead, it offers live TV and on-demand titles over a broadband connection, plus a cloud DVR, and access to thousands of streaming apps like Netflix and Pandora, as well as a voice remote powered by Google Assistant. 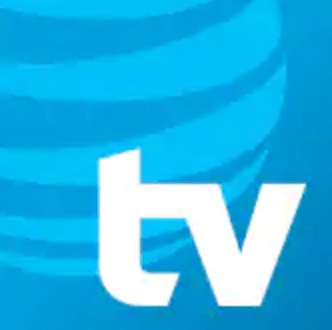 Both AT&T TV NOW and AT&T TV will utilize the same AT&T TV app on mobile devices and on their TV’s big screen. There will be no change for current DirecTV NOW subscribers beyond needing to re-accept the terms of service to continue streaming.

The DirecTV Now app will update automatically to become the AT&T NOW app when the changes go live, the company said.

The company also rolled out price hikes and new bundles for DirecTV Now customers, punted on its original plans for a multi-tiered WarnerMedia streaming service and, last month, announced its new HBO Max service would instead launch in spring 2020 for slightly more than the HBO NOW subscription of $14.99/month.

The new name for AT&T’s live television streaming service comes at an opportune time, as the DirecTV Now brand has been in the headlines due to a nearly three-week-long blackout of CBS stations while the companies negotiated a new carriage agreement.

That deal had impacted 6.6 million people across DirecTV Now, Direct TV and AT&T’s U-Verse in several major cities, including New York, Chicago and LA. A new agreement was reached last week, just ahead of the anticipated announcement of a CBS-Viacom merger. (Announced today!)

Update, 8/19/19: Apparently the transition is not going so well as outages are being reported.