Eleven million women in the U.S. live more than an hour from an abortion clinic, a number expected to increase as facilities close up shop following new restrictions on women’s healthcare in several states.

Planned Parenthood and other leading nonprofits continue to put up a good fight while private “mission-driven” companies in the burgeoning women’s health tech sector are all talk and little action. But a new effort from The Pill Club, an Alphabet-backed birth control and prescription delivery startup, may lead to change in the nascent sector.

The Pill Club has partnered with Power To Decide, a nonprofit campaign to prevent unplanned pregnancies, to dole out free emergency contraception to women in need. Together they’ll distribute 5,000 units of a generic form of Plan B, a pill taken after sex to stop a pregnancy before it starts. For the next three months The Pill Club will also match all donations up to $10,000 made to Power To Decide’s Contraceptive Access Fund, which helps low-income women access contraception. Anyone can sign up now to receive free units.

The Pill Club’s decision to share resources with a nonprofit comes as several states this year have imposed new laws restricting or outlawing abortion procedures. Alabama, for example, earlier this year passed a Senate bill banning abortion in the state. Arkansas, Indiana, Kentucky and others have also OK’d new restrictions on abortion. 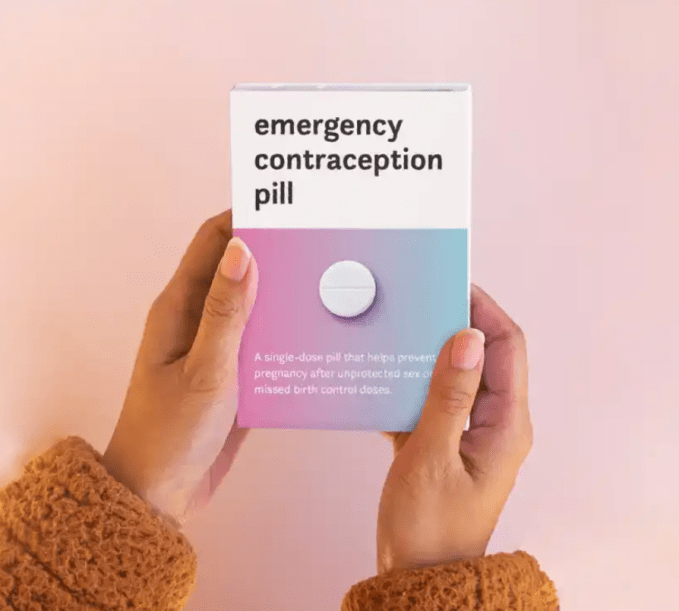 This is The Pill Club’s first effort to donate emergency contraception to populations in need, as well as its first partnership with a not-for-profit entity. Co-founder and chief executive officer Nick Chang says the startup thought long and hard about how it could be most helpful to women in this political climate.

“We thought, what can we do to support women in these states in ways that other companies may not be able to?,” Chang tells TechCrunch. “This is the moment where private companies can really go out and benefit women in ways that may not be supported in other avenues. Since we have the means and ability to do it in ways that are more convenient and private, it’s our opportunity to drive access and support.”

Founded in 2014 and backed with more than $60 million in venture capital funding, one might argue The Pill Club should have forged partnerships like this from the get-go. Curious what efforts other well-funded birth control startups were making to support women in 2019, especially women in contraceptive deserts who are likely unfamiliar with the new line of consumer birth control brands, I reached out to The Pill Club’s competitors Nurx, a fellow birth control delivery company, and Hers, a line of women’s healthcare products owned by the billion-dollar startup Hims.

Both companies emphasized the fact that many of their customers live in Southern states, or the region most impacted by new limitations to abortion care, but didn’t mention any new efforts to increase access, like partnerships with nonprofits or donations. (Update: Nurx has also partnered with Power To Decide to offer discounted annual subscriptions to Power to Decide to be disseminated through BCBenefits, the contraceptive access fund, at no cost to the women). Hers provided this quote from the company’s co-founder Hilary Coles, which didn’t answer my question but did make clear the company is thinking about serving contraceptive deserts: “Nurx also partners with Power to Decide.

“At Hers, our mission is to provide women with more convenient and affordable access to the healthcare system,” Hers co-founders Hilary Coles said in a statement. “Approximately 3.5 million patients go without care because they cannot access transportation to their providers and 19.5 million women have reported not having access to a clinic that provides birth control specifically. That’s simply unacceptable. Closing the gaps caused by geographic barriers between patients and their doctors was one of the primary challenges we set out to address when founding Hers. We’re proud to be a resource for women nationwide, including those who live in contraceptive deserts who may not otherwise have access to the care they need. It’s crucial to Hers to be part of the solution in alleviating the pain points women experience within the healthcare system.”

It’s not the responsibility of these companies to improve the political landscape of the U.S., but with $340 million in private capital shared between them, the trio does have a unique opportunity to innovate, share, collaborate and influence. After all, that’s what’s so great about healthtech; it brings new, innovative solutions to an industry characterized by antiquated systems and slow movers. For once, Silicon Valley’s “move fast and break things” mantra may be appropriately applied to a facet of healthcare. Women need sustained access to contraception and abortion care. Fast.

“This is the time when private companies can step in,” Chang concluded. “We can come in and help out and it’s our responsibility to do that.”