There are a lot of ugly fonts out there, but outside Papyrus, few illustrate a deeper sickness in our society. A new typeface called Ugly Gerry does just that: Its letters are formed from the shapes of grotesquely gerrymandered U.S. districts.

There’s no doubt gerrymandering is one of the scourges of our political “system”: nothing more than a way for incumbents to stack the odds in their favor, further disenfranchising and redlining disfavored populations and districts.

And while districts may take many shapes due to the natural features of the cities and regions they occupy or contain, in many contentious ones the hand of the man is more than evident, producing contortions weird and various.

The bright side is that this variety is so great that among it can be found shapes resembling (slightly) all the capital letters of the English alphabet. So that’s just what rogue creatives Ben Doessel and James Lee did. 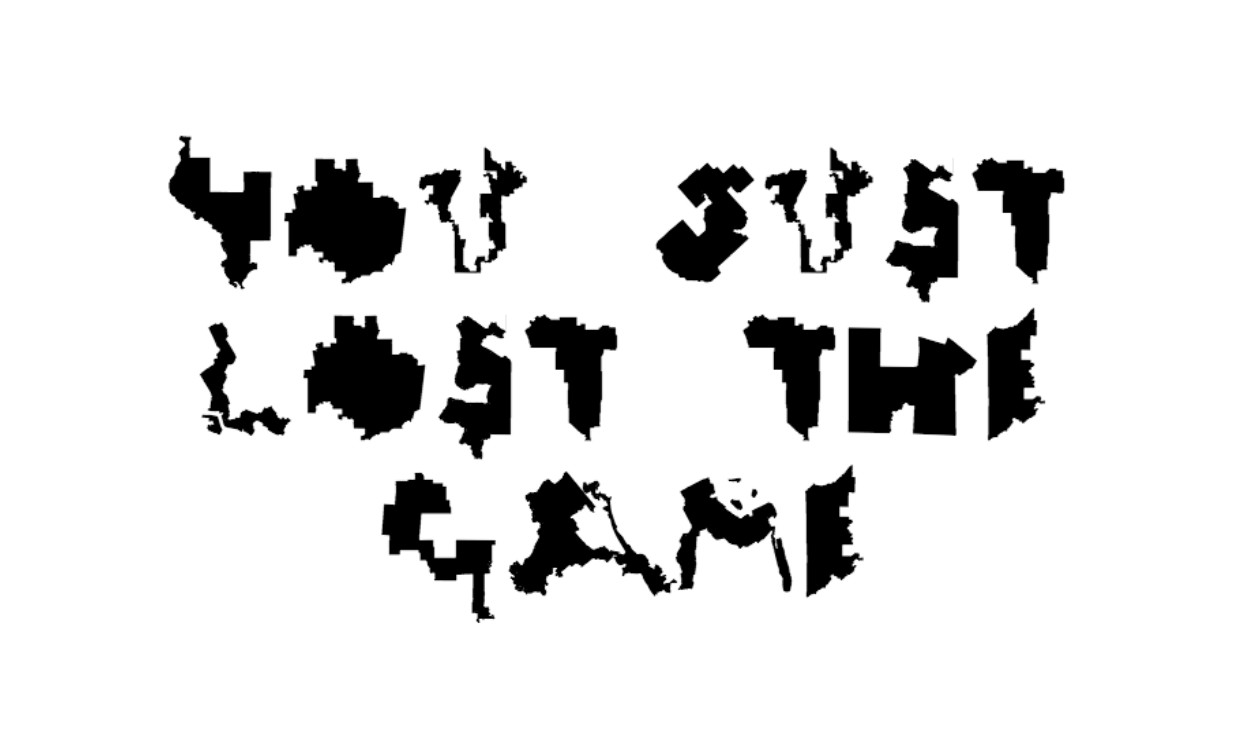 “After seeing how janky our Illinois 4th district had become, we became interested in this issue,” the team wrote in a little press release they provided. “We noticed our district’s vague, but shaky U-shape, then after seeing other letters on the map, the idea hit us, let’s create a typeface so our districts can become digital graffiti that voters and politicians can’t ignore.”

The resulting type is ugly, but so, they point out, is gerrymandering. They also had to cheat a few by sticking two districts together, but that too seems in the spirit of the thing.

You can download the font for free at UglyGerry.com.

While I suspect that Doessel and Lee have underestimated politicians’ ability to ignore things, it’s good to draw attention to this un-democratic practice, and you’re encouraged (as with most things) to tweet. Of course the very best thing you can do is call your representatives and officials and register your protest against gerrymandering in general, and to vote if possible to limit or outlaw it.