“I don’t want more success. I don’t want more money.” When most hedge fund managers say something like that to you, you’d be justified in suspecting that they’re giving you their carefully crafted Davos riff.

Because unlike many Silicon Valley billionaires who believe (or sort of believe) in the transcendence of their mission, the motives of the Wall Street titan are often straightforward: it’s about the money, and when the money gets huge, it’s about building a legacy.

But as Ray Dalio looked me in the eyes recently and said those words, I believed in his sincerity. That’s not to say he won’t earn enormous sums more. In fact, last year, the financial press widely reported that Dalio earned in the ten figures thanks to Bridgewater’s flagship Pure Alpha fund posting stellar returns.

But when you spend some time with Dalio and broach the various topics in which he has rarefied expertise, it’s apparent that today, the world’s most famous hedge funder could care less about ascending the ranks of the world’s megarich or in achieving more glory or praise for himself.

Although Dalio has diverse philanthropic interests, he retains a very hands-on role as co-CIO of Bridgewater, where he cuts an imposing figure as a guy with little time for inefficiency or nonsense. But he also wears his heart on his sleeve as he seeks to spread the word about principles-based decision-making and the coming paradigm shift that he says will have a dramatic impact on our economy and the markets. 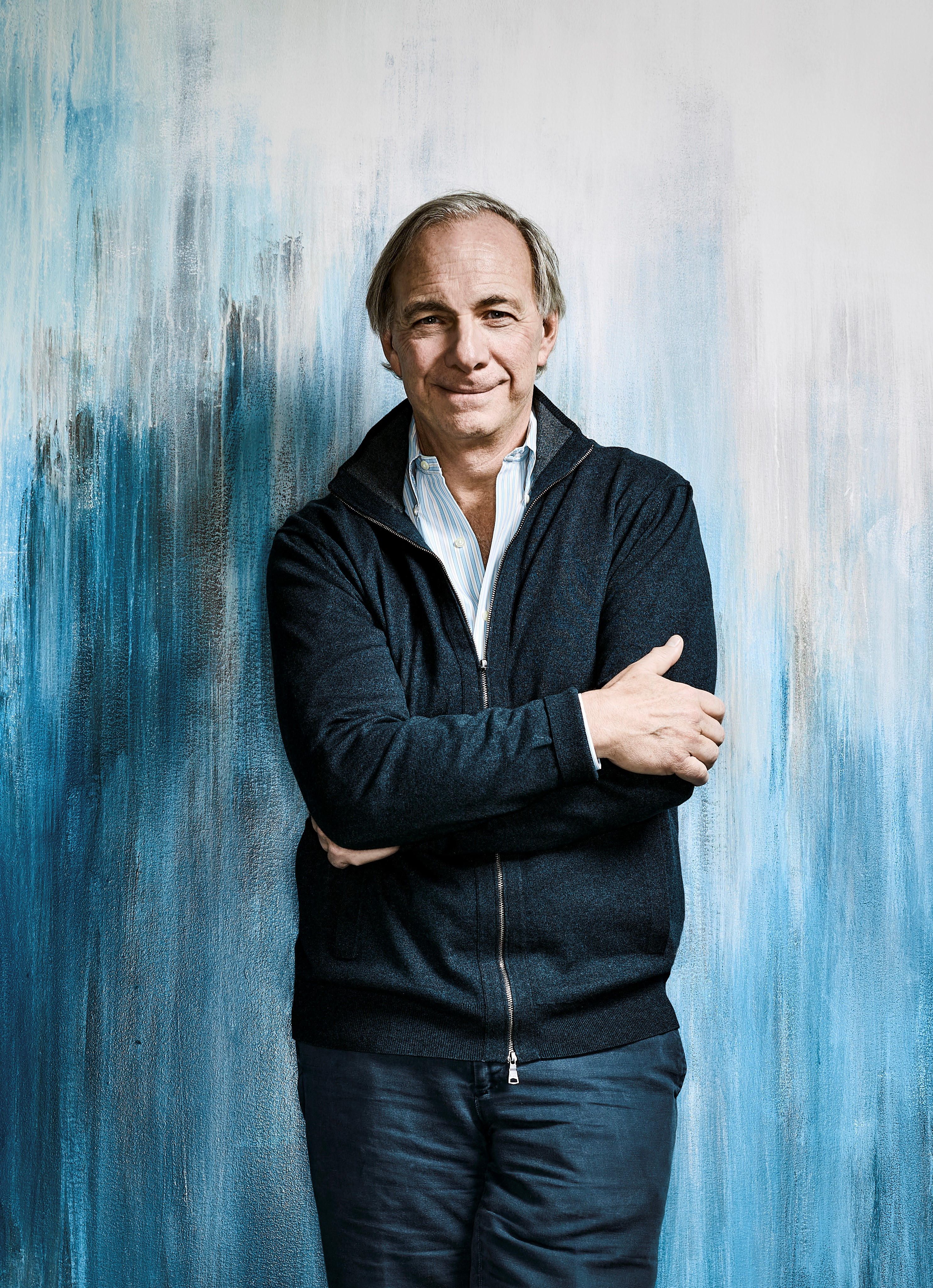 The gospel of hyperrealism

By adhering to the twin pillars of radical transparency and radical truth-telling, Dalio believes that the idea meritocracy that powers Bridgewater can be replicated by the home-gamer. Are some of the specific principles that Bridgewater abides by controversial and harsh (e.g., Beware of the impractical idealist, Don’t expect people to recognize and compensate for their own blind spots, Use “public hangings” to deter bad behavior)? Yes. Does he care if you don’t buy into them? Not really:

“My overarching goal is for you to have your own principles. I could pass along the ones that were helpful to me. Great. Take it or leave it. But at the end of the day, if you can be a principled level thinker, it will change your whole perspective on life, so I want to give you that.”

While Dalio’s magisterial bestselling 2017 book on the topic, Principles: Life & Work, figures prominently in his mission, it isn’t central in and of itself, as he asserted to me with his well-known candor:

“The book is just a vehicle for helping to pass along these principles. While it’s a popular vehicle, it’s also a rather archaic one because it had to be printed, delivered to stores, put on shelves, and sold — and it doesn’t have the media or interactiveness that make things come alive.”

To underscore the point, the Principles in Action app for iOS (4.9 stars, 2,000+ ratings), released this April by PRIOS, his 100-person-strong organization dedicated to making his framework come alive, actually contains Principles (as well as another book, Principles for Navigating Big Debt Crises) in full, for free. Alongside case studies and tools designed to help users create their own personalized approach, this makes the app a no-brainer-and-a-half for those with even a passing interest in tapping their inner Dalio. When pressed on his decision to create an arbitrage in favor of the user (an ironic gesture given that his day job involves pouncing on such inefficiencies), Dalio brushed it aside as a non-issue:

Schoenberg: When you were devising your plans here, Ray, did people say to you, “Oh, no, Ray. Giving away your books within the app. No, no, that’s not the way things are done”?

Dalio: Oh, yes, of course. But that’s been true most of my life.

Moving forward, PRIOS, which is housed in a separate location, will release several more free applications (e.g., Dispute Resolver, Pain Button, and The Assessment Center, a personality profile testing tool) that are essentially consumerized versions of the sophisticated instruments that have long been utilized by Bridgewater. Dalio wouldn’t commit to a specific timetable for when these tools would be sequentially released (‘as soon as possible’ is the default preference), but he made it clear that they will take the form of both additional standalone apps and features integrated into the mothership Principles in Action app.

He did tip his hand, though, that by the end of the year, the Dot Collector will be made available. Perhaps the most well known of Bridgewater’s tools, the Dot Collector enables meeting participants of all ranks to give real-time assessments of each other’s views, which depersonalizes the process for determining the best opinions on a given issue (See minute 8:50 here).

In total, what is perhaps most striking about Dalio’s multi-pronged undertaking is his genuine intent to provide ordinary people with a look under the hood on how he makes decisions. He realizes, too, that in this respect, he stands nearly alone among today’s business icons:

“I would love to have Bill Gates write down his way of doing things. Imagine if Steve Jobs, Bill Gates and the most successful people had actually said, ‘Now when I’m in this situation, I do this.’ If they had written down their recipes and converted them into algorithms, the world will be much better off.” 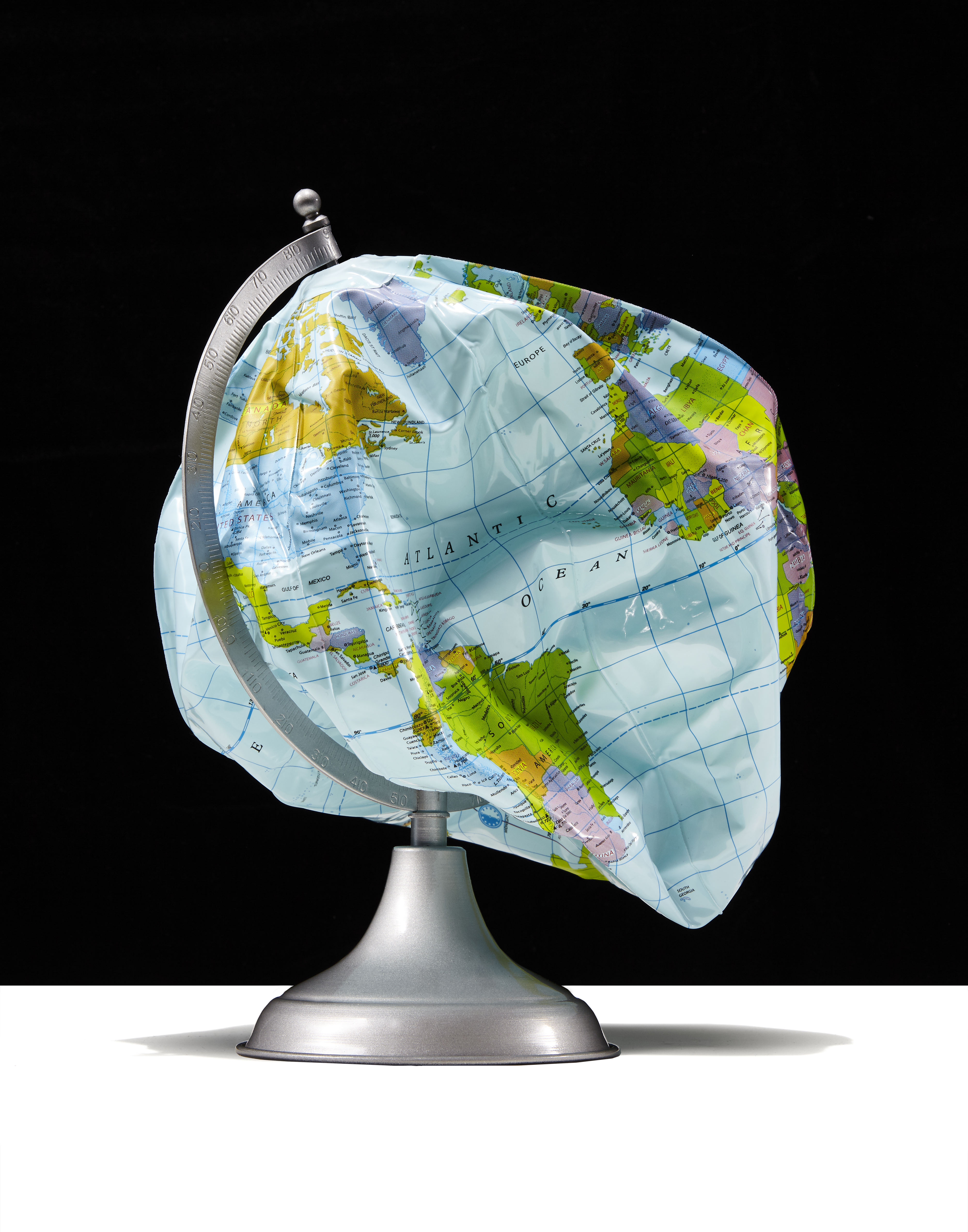 Given the palpable intensity with which Dalio and the PRIOS team are working to spread the word about principles-driven decision making, and his ongoing responsibility to navigate the markets, it’s impressive that Dalio finds the hours to fulfill yet another chief mission: speak, write and teach extensively (and bluntly) about our current economic machine.

Within the corridor of the asset management world, Dalio’s market missives, which have been shared with his clients for decades, are respected for their comprehensive analysis grounded in history. But as Dalio grows more adept at communicating to a broader audience and comfortable in using a range of channels to convey his views (See here for his recent Reddit AMA, and here and here for his active LinkedIn and Twitter handles) the general awareness of Dalio’s opinions has grown. Not surprisingly, controversy surrounding his viewpoints has followed, too.

Dalio likens himself to a mechanic seeking to diagnose the problems within our economy and potential fixes to them. Both the diagnoses and fixes, though, go further out on a limb than your standard-issue Wall Street heavyweight who offers up what is now an almost obligatory concern for wealth inequality; he puts his body into the issue.

In April, for example, he caused a stir when he asserted both on 60 Minutes and through two essays that the growing income, wealth and opportunity gap facing America could lead to “dangerous social and political divisions that threaten our cohesive fabric and capitalism itself.” Soon after, Dalio went on CNBC, where he was intensely grilled on whether or not he even still considers himself a capitalist (he does).

Another example followed soon after when Dalio forecasted a future that included a so-called “Monetary Policy 3,” which he defines as the coordination of expanded fiscal and monetary policy that will occur in the wake of the diminishing impact of quantitative easing policies (i.e., the printing and buying of financial assets). To those not savvy in market-speak, MP3 may not sound controversial on the face of it.

However, by daring to include the term Modern Monetary Theory (aka MMT) in the conversation around MP3, he received everything from sharp criticism to praise that included clickbait headlines, associations with Rep. Alexandria Ocasio-Cortez and other mischaracterizations of his vantage point.

Dalio swatted down my question over whether or not he felt that, notwithstanding the flak he gets, he had a responsibility to speak out on capitalism’s malfunctioning in the same way that the US needed Nixon to reach an accord with China.

“Not at all. I just have to be accurate and share what I think. And what I would do is just be as accurate as I can. No spin. I see a lot of different senior policy makers in different parts of the world, and I tell them the same thing as I tell everyone.”

Still, Dalio’s solidly middle-class upbringing, which provided him with the foundation to pursue his goals, appears to be a present backdrop in informing his perspective. This is especially true when he turns to the topic of education (an especially infuriating one for him), which he tightly links to why America’s economic system is failing to provide enough opportunity for the bottom 60 percent of America:

“If you’re living in a place that has high incomes, you can have a better public school. But the nature of the changes that we’ve seen has produced a terrible gap in education. A tragic, stupid dearth of resources.”

I had expected a similarly pointed analysis when I confronted Dalio on whether Bitcoin/Libra and the overall idea of decentralized money will have a dramatic impact on our economic machine. But on this topic, he seems to be in formulation mode.

An increasingly strident advocate of gold (Dalio believes that reserve currency central bankers will look to devalue their currencies), he pointed out that Bitcoin can’t be easily utilized as a transaction mechanism and that its speculative volatility renders it ineffective as a storehold of wealth. However, he was willing to express a generally positive sentiment towards “more stable value” digital currencies and allowed for a possible breakdown of reserve currencies in the future. But economic history, which looms large in his mind, also guides his perspective:

As a backdrop to his views on markets and the economy lies an enduring frustration with our nation’s political process. While careful not to name specific names or reveal too much about  his leanings (despite my attempts), Dalio nevertheless expressed profound concern with how America’s politics have moved away from policymakers resolving disputes productively:

“I do think that the polarity, which is very similar to the 1930’s polarity, is a threat to democracy. It’s a threat to our economic system and it’s a threat to our effectiveness. Americans now don’t understand how to disagree well and get past their disagreements, and they don’t have clear principles that bind them together. Think about it. What are the principles that bind us together? For example, would we agree that equal opportunity is a goal and would we assess how we are doing relative to that goal? I don’t think so.” 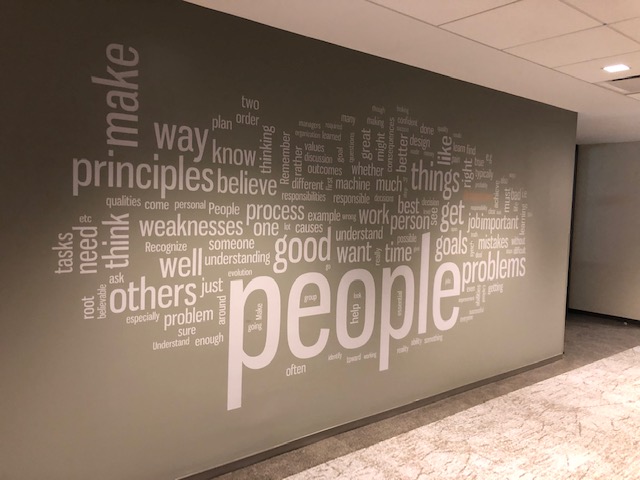 Without having anything to add in response, I concluded by turning to a topic that I suspected would be a good way to summon Dalio’s lighter side: music. I asserted that because the Beatles got him into transcendental meditation (TM) and he has credited TM as instrumental in Bridgewater’s success, the Beatles were therefore responsible for Bridgewater. “That’s right,” he laughed. “Now that you mention it. Yes.”

Dalio’s greatest enthusiasm, though, isn’t for The Beatles. That honor appears to be reserved for Aretha Franklin, who he described as “amazing.” In fact, Dalio took great delight in recounting how, at an event that he threw for his son’s charity to help Chinese special needs orphans, a skittish Dave Matthews approached him to request that he introduce him to Franklin and perhaps see if he could arrange a picture.

As I observed Dalio light up in telling the story, I imagined the lanky Italian from Long Island basking in the moment of bringing together two legendary musicians.

I guess even rock stars can become awestruck.