A group of sex tech startup founders, employees and supporters gathered outside of Facebook’s NY office in Manhattan to protest its advertising policies with respect to what it classifies as sexual content. The protest, and a companion website detailing their position we reported on Tuesday, are the work of “Approved, Not Approved,” a coalition of sex health companies co-founded by Dame Products and Unbound Babes.

These policies as applied have fallen out of step with “the average person’s views of what should or shouldn’t be approved of ads,” according to Janet Lieberman, co-founder and CTO of Dame Products.

“If you look at the history of the sex toy industry, for example, vibrators were sexual health products until advertising restrictions were put on them in the 1920s and 1930s — and then they became dirty, and that’s how the industry got shady, and that’s why we have negative thoughts towards them,” she told me in an interview at the protest. “They’re moving back towards wellness in people’s minds, but not in advertising policies. There’s a double standard for what is seen as obscene, talking about men’s sexual health versus women’s sexual health and talking about products that aren’t sexual, and using sex to sell them, versus taking sexual products and having completely non-sexual ads for them.” 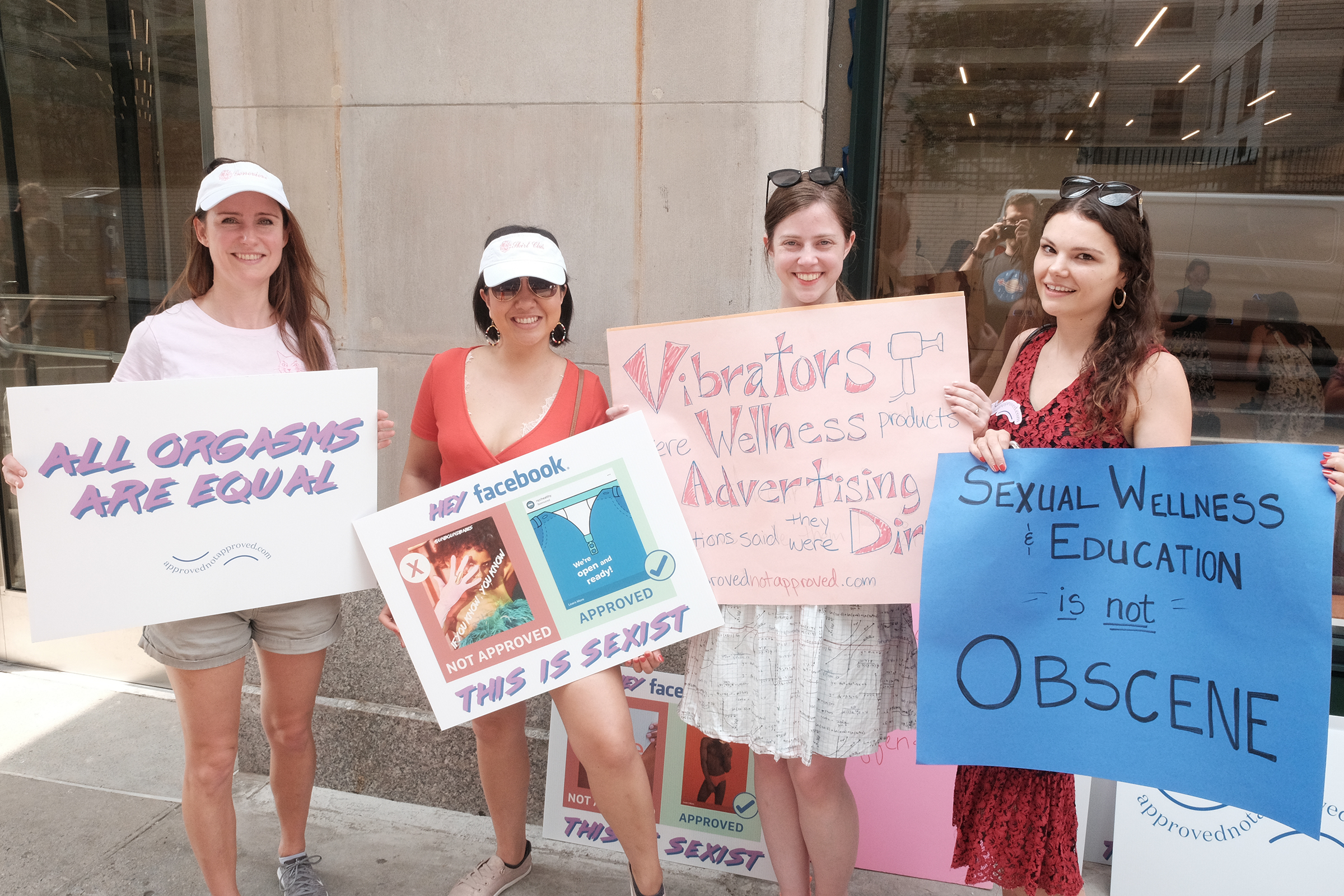 It’s a problem that extends beyond just Facebook and Instagram, Lieberman says. In fact, her company is also suing NYC’s MTA for discrimination for its own ad standards after it refused to run ads for women’s sex toys in their out-of-home advertising inventory. But it also has ramifications beyond just advertising, because in many ways what we see in ads helps define what we see as acceptable in terms of our everyday lives and conversations.

“Some of this stems from society’s inability to separate sexual products from feeling sexual, and that’s a real problem that we see that hurts women more than men, but hurts both genders, in not knowing how to help our sexual health,” Lieberman said. “We can’t talk about it without being sexual, and that we can’t bring things up, without it seeming like we’re bringing up something that is dirty.” 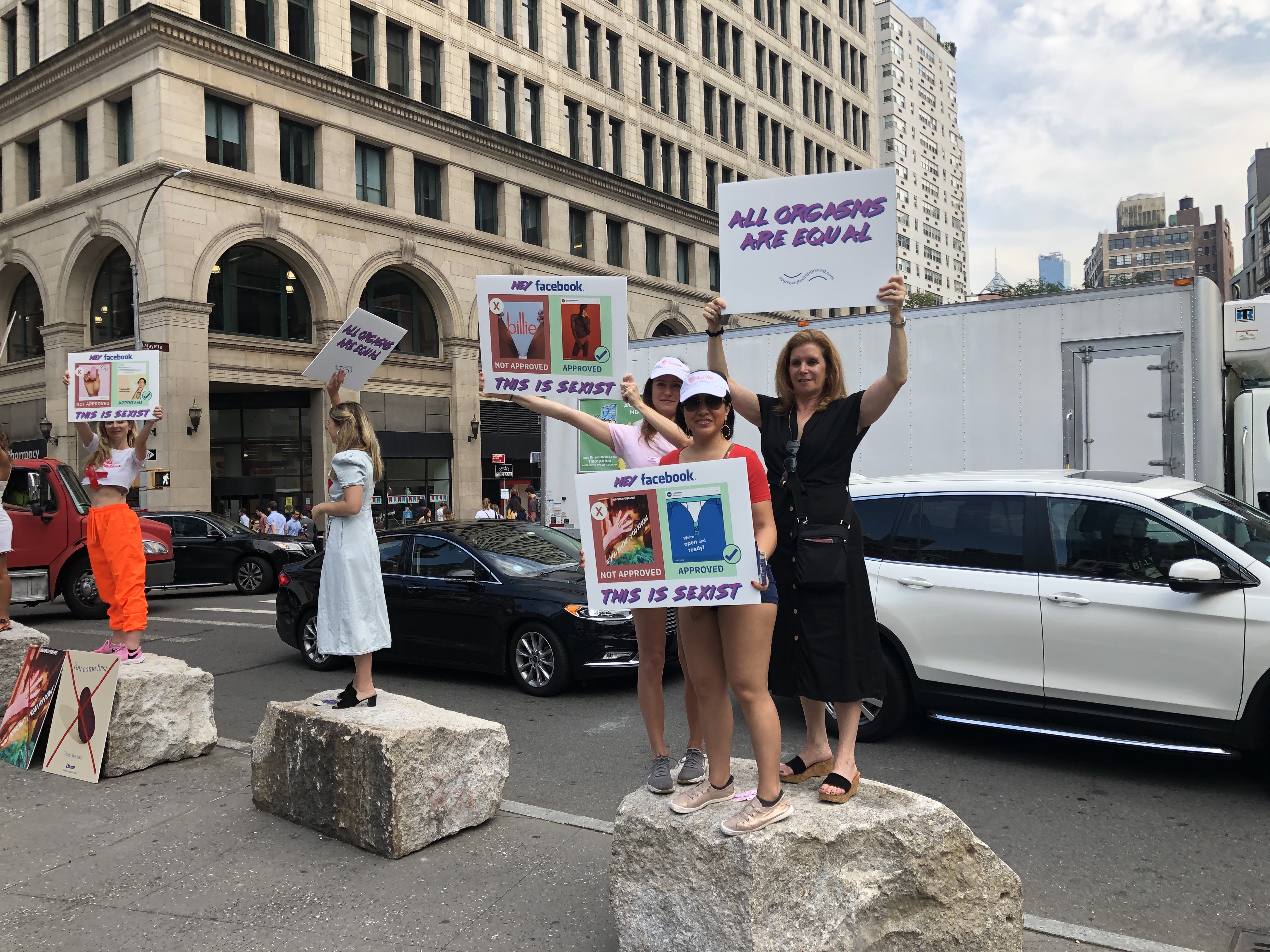 “A lot of the people you see here today have Instagrams that have been shut down, or ads that have been not approved on Facebook,” said Bryony Cole, CEO at Future of Sex, in an interview. “Myself, I run Future of Sex, which is a sex tech hackathon, and a podcast focused on sex tech, and my Instagram’s been shut down twice with no warning. It’s often for things that Facebook will say they consider phallic imagery, but they’re not […] and yet if you look at images for something like HIMS [an erectile dysfunction medication startup, examples of their ads here], you’ll see those phallic practice images. So there’s this gross discrepancy, and it’s very frustrating, especially for these companies where a lot of the revenue in their business is around community that are online, which is true for sex toys.”

Online ads aren’t just a luxury for many of these startup brands and companies — they’re a necessary ingredient to continued success. Google and Facebook together account for the majority of digital advertising spend in the U.S., according to eMarketer, and it’s hard to grow a business that caters to primarily online customers without fair access to their platforms, Cole argues.

“You see a lot of sex tech or sexual wellness brands having to move off Instagram and find other ways to reach their communities,” she said. “But the majority of people, that’s where they are. And if they’re buying these products, they’re still overcoming a stigma about buying the product, so it’s great to be able to purchase these online. A lot of these companies started either crowdfunding, like Dame Products, or just through e-commerce sites. So the majority of their business is online. It’s not in a store.” 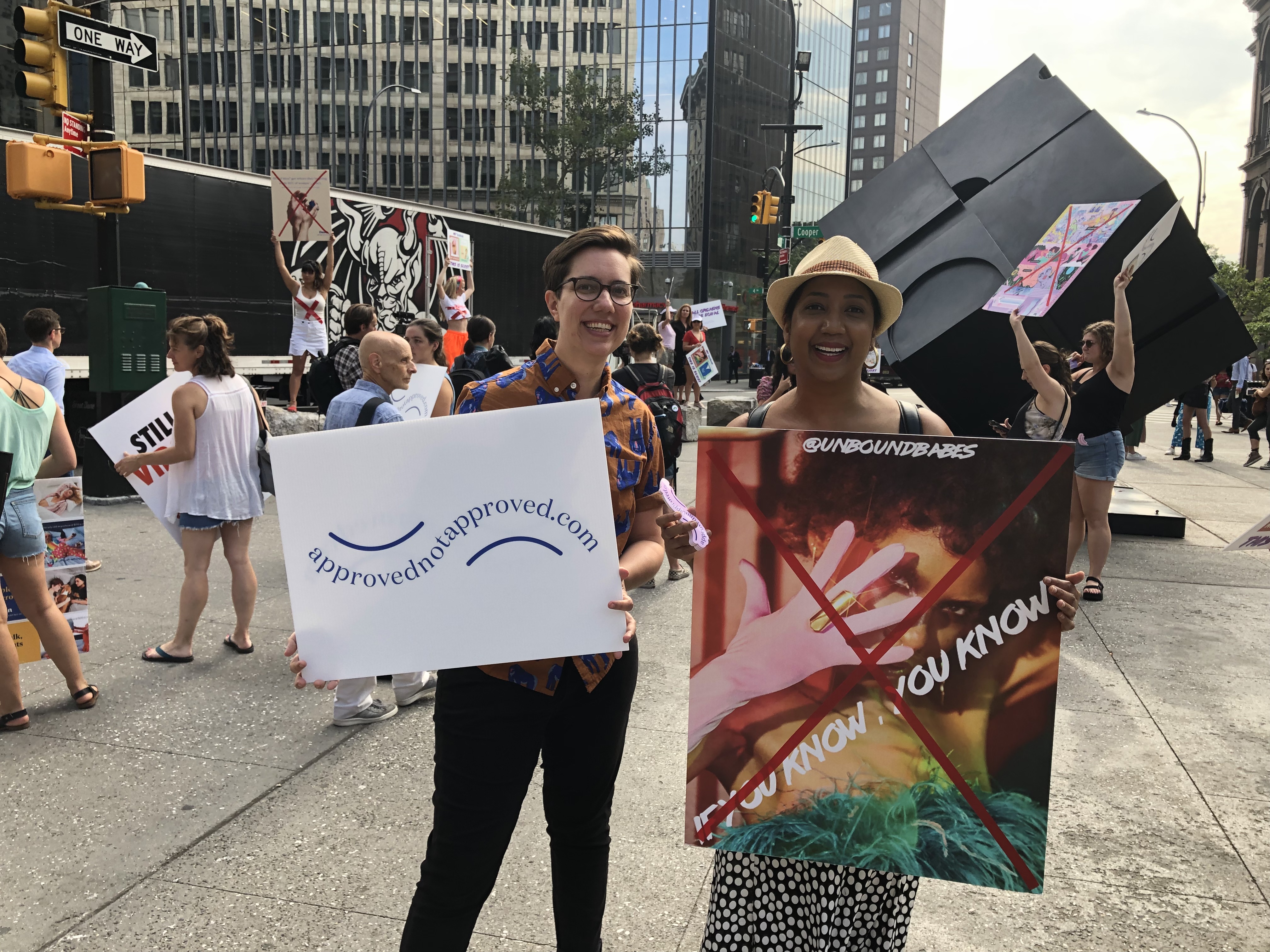 Earlier this year, sex tech company Lora DiCarlo netted a win in getting the Consumer Technology Association to restore its CES award after community outcry. Double standards in advertising is a far more systemic and distributed problem, but these protests will hopefully help open up the conversation and prompt more change.