OpenAI was founded three years ago by Elon Musk, Sam Altman and others with the aim of performing research and development that steers artificial intelligence in a “friendlier” direction.

Its deal with Microsoft is an “exclusive computing partnership,” with new AI technologies built for Microsoft’s Azure platform and existing OpenAI services ported over.

UVeye’s technology can be used to assess the state of rental and used cars, help with insurance adjustments, inspect vehicles to diagnose mechanical or other problems and as part of wider security efforts.

3. Amazon is opening a pair of new robotic fulfillment centers in Ohio

The two warehouses will be located in the north of the state, in Akron and Rossford, respectively. They’ll function much like Amazon’s other shipping centers, providing a collaborative workspace between human employees and the company’s growing army of shipping robots. 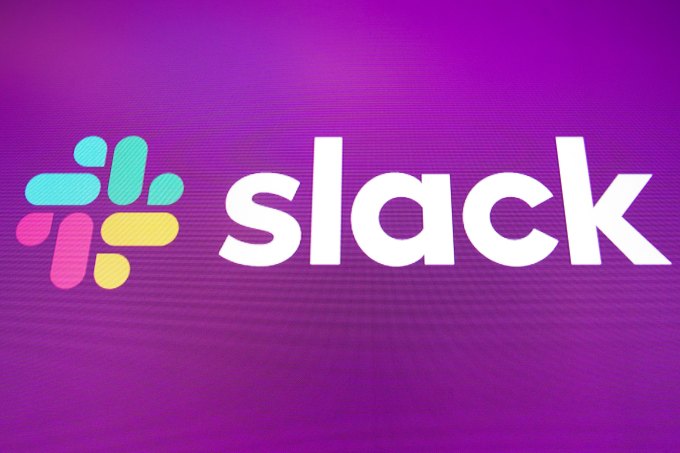 NEW YORK, NY – JUNE 20: The logo for Slack is displayed on the a monitor at the New York Stock Exchange (NYSE), June 20, 2019 in New York City. (Photo by Drew Angerer/Getty Images)

4. Slack speeds up its web and desktop client

Slack’s latest update doesn’t introduce any new features or a new user interface. Instead, it’s almost a complete rebuild of the underlying technology that makes its web and desktop experiences work.

5. Cyber threats from the US and Russia are now focusing on civilian infrastructure

Although both sides have been targeting each other’s infrastructure since at least 2012, according to The New York Times, the aggression and scope of these operations now seems unprecedented.

6. How to go to market in middle America

There comes a time for many startup companies where they either realize they need to do a nationwide rollout, or they need to actively target buyers in the middle of the country. (Extra Crunch membership required.)

The latest episode of Equity looks at whether it’s possible to predict the next generation of unicorns, while Original Content reviews the brilliantly titled Netflix special “Frankenstein’s Monster’s Monster, Frankenstein.”