Adobe XD, the company’s increasingly popular prototyping and design tool, is getting support for testing Amazon Alexa voice experiences on devices like the Echo Dot and the Echo Show. This work builds upon XD’s existing voice prototyping tools, which the company announced last October, and also includes Adobe’s first Alexa skill, which is unsurprisingly the XD skill that lets you test those prototypes.

Adobe’s latest voice tech survey shows that users are indeed interested in using voice tech, but at its core, XD was always a tool for building web and mobile experiences. Over the course of the last few months, Adobe has made several investments into building voice apps as well. The same designers and developers who have long been tasked with building regular apps are now often being tasked with building voice apps as well. So it makes sense to use the same tool they are already familiar with for testing these new kinds of apps, too.

The integration includes the Alex skill, as well as the Alexa XD plugin that makes it easy to export voice prototypes to Alexa and then preview them. “Experiencing your prototypes on real devices can help your clients or stakeholders better understand and experience your vision,” writes Mark Webster, Adobe’s director of product for voice UI and UX. “Plus, by having voice prototypes readily available on an Alexa-enabled device, you can have more design-focused conversations about your Alexa skills and iterate without having to go through full product development cycles.”

In its earliest iteration, XD’s voice support was relatively rudimentary and only let you trigger speech playback when it understood a specific word. That’s great for a demo and to get some of the basic functionality down, but it’s not exactly a substitute for testing a skill on a real device.

Chances are, we’ll see support for testing with other voice assistants in the future, too. For now, though, XD only works with Alexa. 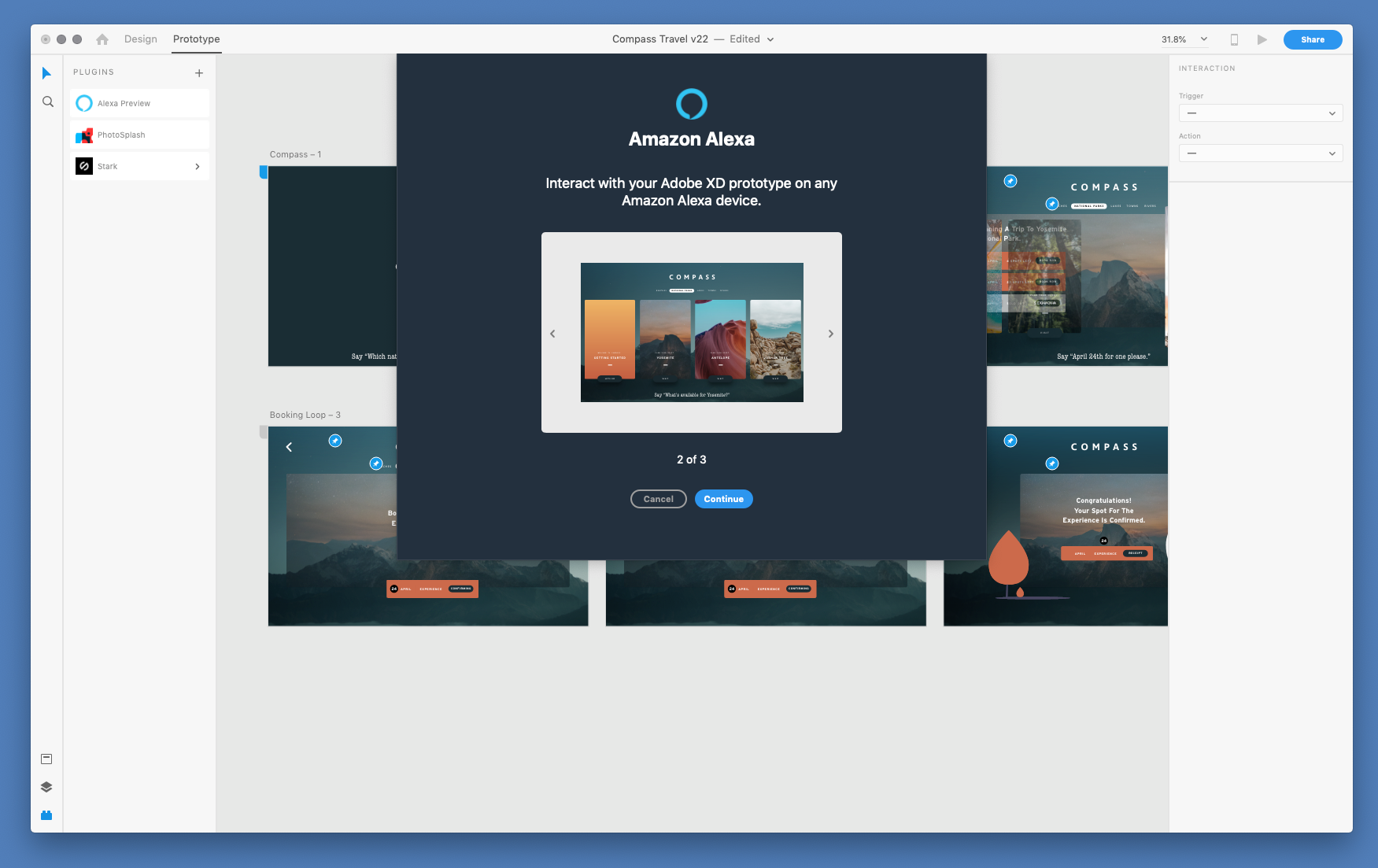