The U.S. Federal Trade Commission is considering an update to the laws governing children’s privacy online, known as the COPPA Rule (or, the Children’s Online Privacy Protection Act). The rule first went into effect in 2000 and was amended in 2013 to address changes in how children use mobile devices and social networking sites. Now the FTC believes it may be due for more revisions. The organization is seeking input and comments on possible updates, some of which are specifically focused on how to address sites that aren’t necessarily aimed at children, but have large numbers of child users.

The advocacy groups allege that YouTube is hiding behind its terms of service, which claim YouTube is “not intended for children under 13” — a statement that’s clearly no longer true. Today, the platform is filled with videos designed for viewing by kids. Google even offers a YouTube Kids app aimed at preschooler to tween-aged children, but it’s optional. Kids can freely browse YouTube’s website and often interact with the service via the YouTube TV app — a platform where YouTube Kids has a limited presence.

According to the letter written by the Campaign for a Commercial-Free Childhood (CCFC) and the Center for Digital Democracy (CDD), Google has now collected personal information from nearly 25 million children in the U.S., and it used this data to engage in “very sophisticated digital marketing techniques.”

The groups want YouTube to delete the children’s data, set up an age-gate on the site, and separate out any kids content into its own app where YouTube will have to properly follow COPPA guidelines.

These demands are among those pushing the FTC to this action.

The Commission says it wants input as to whether COPPA should be updated to better address websites and online services that are not traditionally aimed at children but are used by kids, as well as whether these “general audience platforms” should have to identity and police the child-directed content that’s uploaded by third parties.

In other words, should the FTC amend COPPA so it can protect the privacy of the kids using YouTube?

“In light of rapid technological changes that impact the online children’s marketplace, we must ensure COPPA remains effective,” said FTC Chairman Joe Simons, in a published statement. “We’re committed to strong COPPA enforcement, as well as industry outreach and a COPPA business hotline to foster a high level of COPPA compliance. But we also need to regularly revisit and, if warranted, update the Rule,” he added.

While YouTube is a key focus, the FTC will also seek comment on whether there should be an exception for parental consent for the use of educational technology in schools. And it wants to better understand the implications for COPPA in terms of interactive media, like interactive TV (think Netflix’s “Minecraft: Story Mode,” for example), or interactive gaming.

More broadly, the FTC wants to know how COPPA has impacted the availability of sites and services aimed at children, it says.

The decision to initiate a review of COPPA was a unanimous decision from the FTC’s five commissioners, which includes three Republicans and two Democrats. 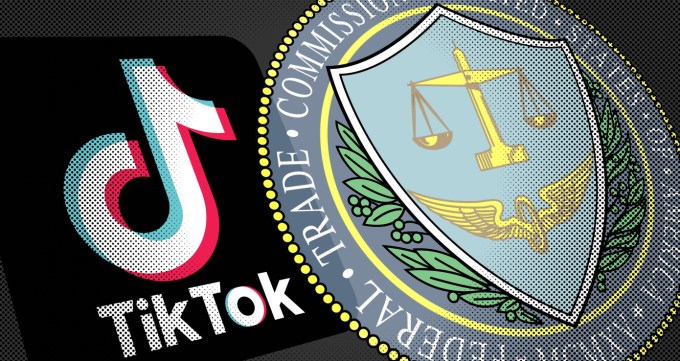 Led by Simons, the FTC in February took action against Musical.ly (now TikTok), by issuing a record $5.7 million fine for its COPPA violations. Similar to YouTube, the app was used by a number of under-13 kids without parental consent. The company knew this was the case, but continued to collect the kids’ personal information, regardless.

“This record penalty should be a reminder to all online services and websites that target children: We take enforcement of COPPA very seriously, and we will not tolerate companies that flagrantly ignore the law,” Simons had said at the time.

The settlement with TikTok required the company to delete children’s videos and data and restrict underage users from being able to film videos.

It’s unclear why the FTC can’t now require the same of YouTube, given the similarities between the two services, without amending the law.

“They absolutely can and should fine YouTube, not to mention force YouTube to make significant changes, under the current regulations,” says Josh Golin, the executive director for CCFC. “As for the YouTube decision — by far the most important COPPA case in the agency’s history – it’s extremely concerning that the Commission appears to be signaling they do not have the authority under the current rules to hold YouTube accountable,” he says.

“COPPA rules could use some updating, but the biggest problem with the law is the FTC’s lack of enforcement, which is something the Commission could address right away without a lengthy comment period,” Golin adds.

The FTC says it will hold a public workshop on October 7, 2019 to examine the COPPA Rule.