Meanwhile, a new race has started for two-wheelers with motors — and one of the main players is a survivor from the bike-sharing craze. Blessed with funding from the world’s most valuable fintech company (Ant Financial) through its Series D to F funding rounds, Hellobike provides to its 230 million registered users a range of mobility services, such as shared e-bikes and rented electric scooters.

Hellobike first launched in 2016 by deploying shared bikes in smaller cities and towns — where Ofo and Mobike were largely absent early on — rather than large urban centers like Beijing and Shanghai. This allowed Hellobike to largely avoid the cash splurging competition against Ofo and Mobike.

Ofo is now battling a major financial crisis as it struggles to repay user deposits. Its archrival Mobike has slowed down expansion since it was sold to Hong Kong-listed local services giant Meituan. And Hellobike, which boasts about its operational efficiency, has begun an electric push.

“When the two major powers were at war, neither of them went after electric bikes. They were fighting over bicycles,” Hellobike’s chief financial officer Fischer Chen (pictured above) recently told TechCrunch at the Rise conference in Hong Kong, referring to the feud between Mobike and Ofo. “As such, there was no price war for e-bikes from the outset. The competition is rational.”

Electric two-wheeled vehicles are in high demand in the country where nearly 1.4 billion people live. According to data collected by Hellobike, nearly 300 million rides are completed on analog bikes every day in China. What many don’t realize is that pedal-assist electric bikes and pedal-free scooters together more than double that number, generating 700 million rides per day.

As with bicycles, there are benefits to rent rather than buy an electric bike in China. For one, users don’t need to worry about getting their assets stolen. Second — and, this is specific to electric vehicles — finding a safe, convenient charging spot can be a challenge in China.

That’s why Hellobike put up charging stations as it went about offering shared e-bikes in 2017. At these kiosks, riders swap their battery out for a new one without having to plug in and wait. They then have the option to pay with Alipay, Ant’s mobile wallet with a one billion user base. 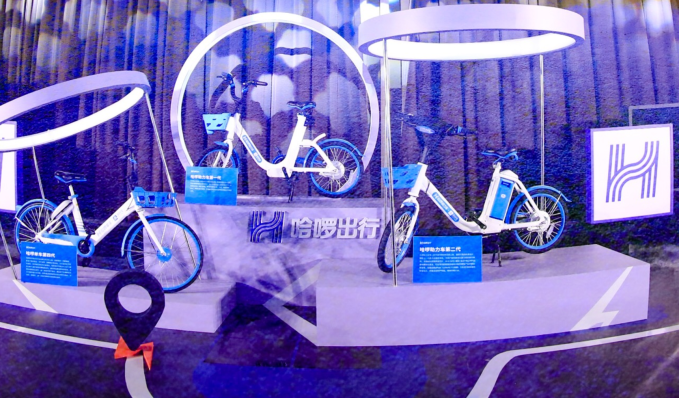 Of all the monthly two-wheeler electric bike activity in China, Hellobike has captured 80% of the market share, Chen claims. For bike sharing, it accounts for 60-70%. It’s hard to verify the share by looking at data compiled by third-party app trackers, because they don’t usually break out the user number for individual features. The Hellobike app is a one-stop shop for bicycles, e-bikes, e-scooters and carpooling, a service complementary to its main two-wheeler business intended to “capture price-sensitive small-town consumers,” according to Chen.

Similarly, Mobike has been folded into Meituan’s all-in-one service app. What further complicates the inquiry is some of Hellobike’s rides are accessed directly on Alipay rather than its own app.

When it comes to competition in electric two-wheelers, Chen maintained that other challengers are “relatively small” and that acquiring online users has become “very difficult.” For Hellobike, getting existing customers to try out new features takes as much effort as “adding a new tab to its app,” Chen suggested.

But other internet giants have also set their sight on plugged-in micromobility. Both Mobike and ride-sharing leader Didi Chuxing have their own e-bike sharing programs. It won’t be an easy game, as all contenders need to cope with China’s increasingly strict rules for electric bicycles.

Scooter rental is next

What is certain is that Hellobike has big ambitions for electric micromobility. While shared bikes and e-bikes are meant for one-off uses, Hellobike plans to rent out e-scooters for longer swathes of time as many people might want the powered-up vehicles for their daily commute. 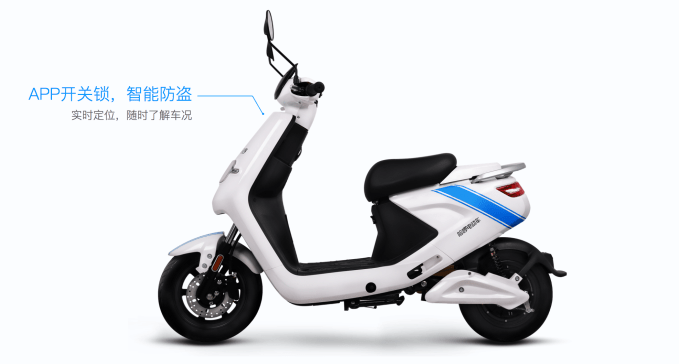 Hellobike founded a new joint venture last month to fulfill that demand. Joining forces with Ant — which is controlled by Alibaba founder Jack Ma — and China’s top battery manufacturer CATL, Hellobike is launching a rental marketplace for its 25 km/h e-scooters targeted at millions of migrant workers in Chinese cities.

“People might be able to afford an e-scooter that costs several thousand yuan [$1 = 6.88 yuan], but they might be leaving the city after a year, so why would they buy it? So we come in as a third-party partner with a new rental model through which people pay about 200 yuan a month to use the scooter,” explained Chen. “By doing so, we convert people from buying vehicles to paying for services, renting the vehicles.”

The three shareholders will also work to install more battery-swapping stations nationwide that not only recharge Hellobike’s shared e-bikes but also its e-scooters, that will be made by manufacturing partners.

“We function as a platform and won’t compete with traditional scooter manufacturers,” suggested Chen. “They still get to use their own designs and SKUs [stock keeping units], but we will put smart hardware into their models… so users know where their vehicles are… and they can unlock the scooters with a QR code just like they do with a shared bike or e-bike.”

Hellobike has raised at least $1.8 billion to date, according to public data compiled by Crunchbase. Bloomberg reported in April that Hellobike was seeking to raise at least $500 million in a new funding round. The company declined to comment on its fundraising progress.

When it comes to financial metrics, Chen, a veteran investment banker, declined to disclose whether Hellobike overall is profitable, but said the company “performs much better than its competitors” financially. The most profitable segment, according to the executive, is the electric bike business.