Twitch continues to lead rivals including, YouTube Live, Facebook Gaming and Microsoft’s Mixer, when it comes to live-streaming video. Despite experiencing its first decline in hours watched in Q2 2019, the Amazon-owned game-streaming site still had its second-biggest quarter to date, with more than 70% of the hours watched during the quarter. 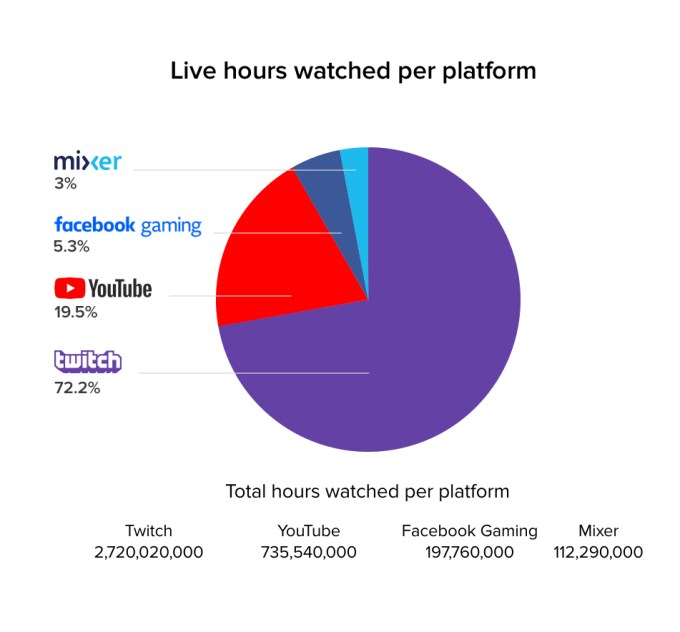 Combined, the total hours watched across all four platforms was 3.77 billion in Q2.

While none of Twitch’s rivals are nearly catching up, YouTube Live did have a good month in May, breaking its own record with 284 million hours watched. Overall, YouTube Live’s hours watched improved in Q2 as a result, while Twitch saw a slight decline. 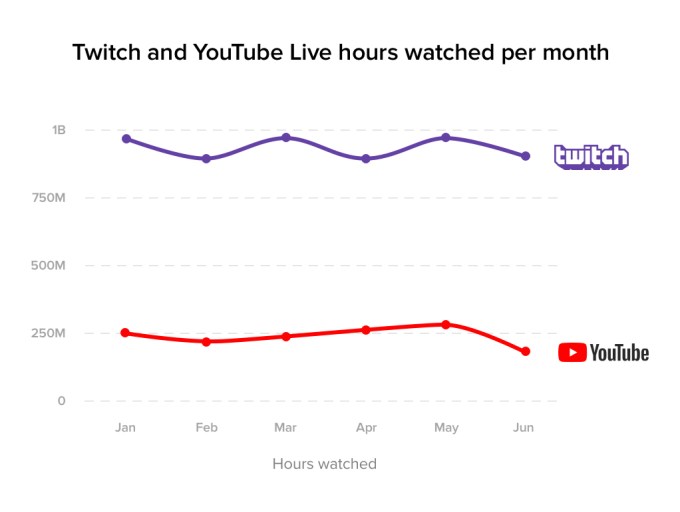 Despite its traction, Twitch doesn’t have much of a long tail when it comes to stream viewership. That’s a problem it has faced for some time, as newcomers complained they spent years broadcasting to no one in hopes of gaining a fan base, with little success. Twitch has tried to remedy this problem with various educational efforts as well as product features like Raids and Squad Streams, for example. 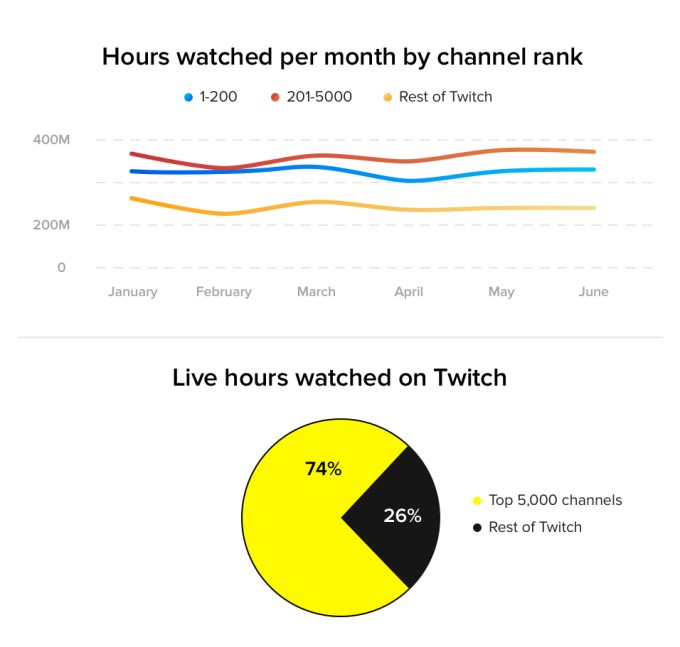 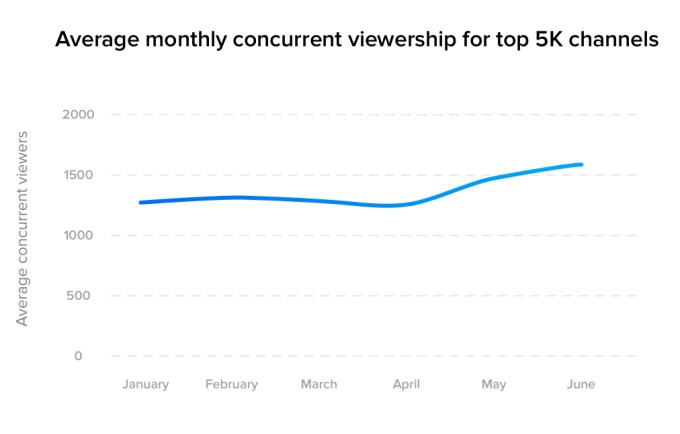 Also in the quarter, viewership of top titles like Fortnite, League of Legends, Dota 2 and Counter-Strike: Global Offensive declined, while vlogging — aka “Just Chatting” — grew, along with other titles. 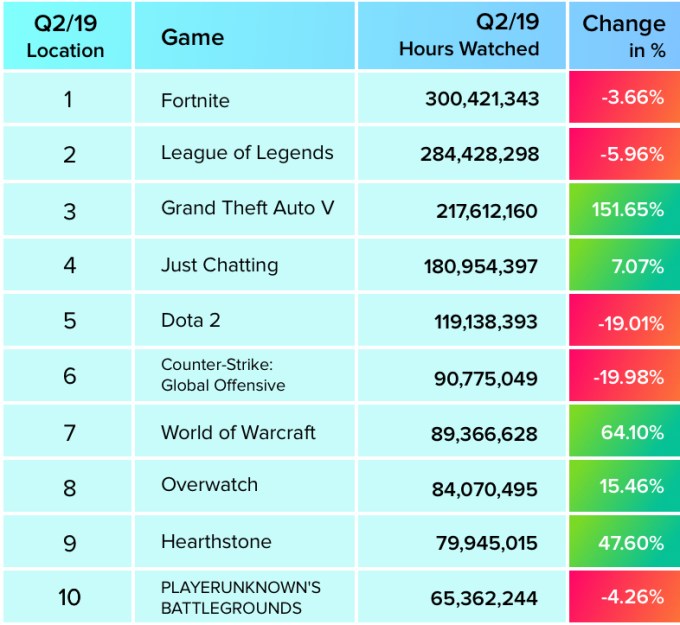 Esports, meanwhile, still draws big numbers, but represents only a small slice of the overall pie. 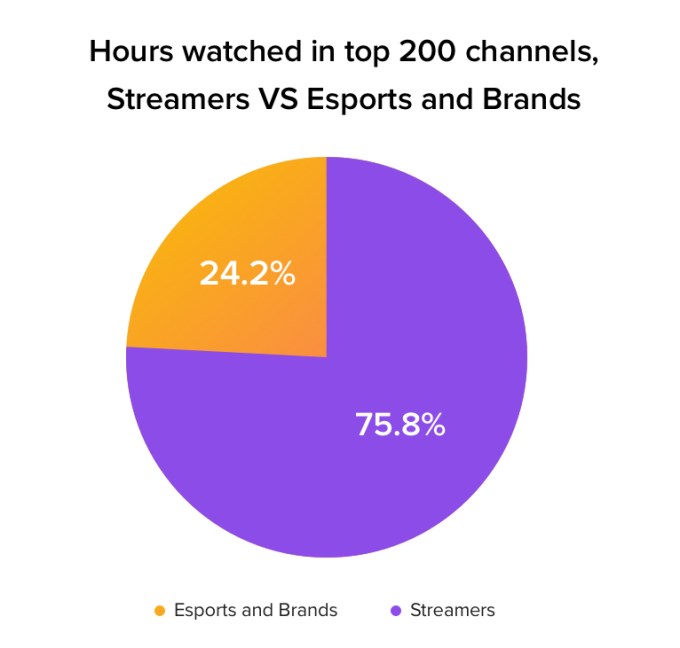 The full report, which takes a look at other trends, including which streamers are gaining and losing popularity, is available here.