Just in time for tonight’s Home Run Derby, Major League Baseball is rolling out a new feature on its Ballpark app that utilizes Apple’s Business Chat feature for a customized in-person experience. MLB says it’s the first league to roll out the feature, letting users ask location-specific questions — though Apple Business Chat has been used for things like drink orders in the past.

Clicking into the Indians section will bring you Progressive Field, the center of this week’s festivities, where you can access the new All-Star Concierge feature. Developed alongside New York-based AI startup Satisfi Labs, the feature is designed to answer simple questions. 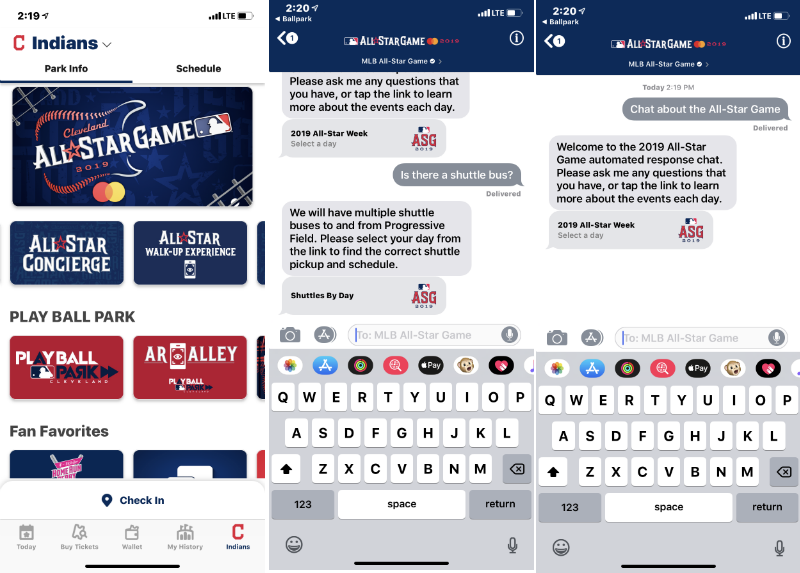 From there, it will either answer straight away or open the appropriate app, like Maps and Calendar. In the case of this week’s events, that could mean something as simple as the start time for the derby or something more specific like where to pick up a shuttle to a specific hotel.

The feature is being rolled out to start with tonight’s Home Run Derby and tomorrow’s All-Star game, but it should start arriving in more parks after the All-Star break as different stadiums begin to implement it. MLB has been experimenting with a number of different features to enhance the ballpark experience via smartphone, including, notably, the addition of an AR stat feature.