A team of German researchers has created an automatic landing system for small aircraft that lets them touch down not only without a pilot, but without any of the tech on the ground that lets other planes do it. It could open up a new era of autonomous flight — and make ordinary landings safer, to boot.

Now it would be natural to think that with the sophisticated autopilot systems that we have today, a plane could land itself quite easily. And that’s kind of true — but the autoland systems on full-size aircraft aren’t really autonomous. They rely on a set of radio signals emitted by stations only found at major airports: the Instrument Landing System, or ILS.

These signals tell the plane exactly where the runway is even in poor visibility, but even so, an “automatic” landing is rarely done. Instead, the pilots — as they do elsewhere — use the autopilot system as an assist, in this case to help them locate the runway and descend properly. A plane can land automatically using ILS and other systems, but it’s rare and, even when they do it, it isn’t truly autonomous — it’s more like the airport is flying the plane by wire.

But researchers at Technische Universität München (TUM, or think of it as Munich Tech) have created a system that can land a plane without relying on ground systems at all, and demonstrated it with a pilot on board — or rather, passenger, since he kept his hands in his lap the whole time. 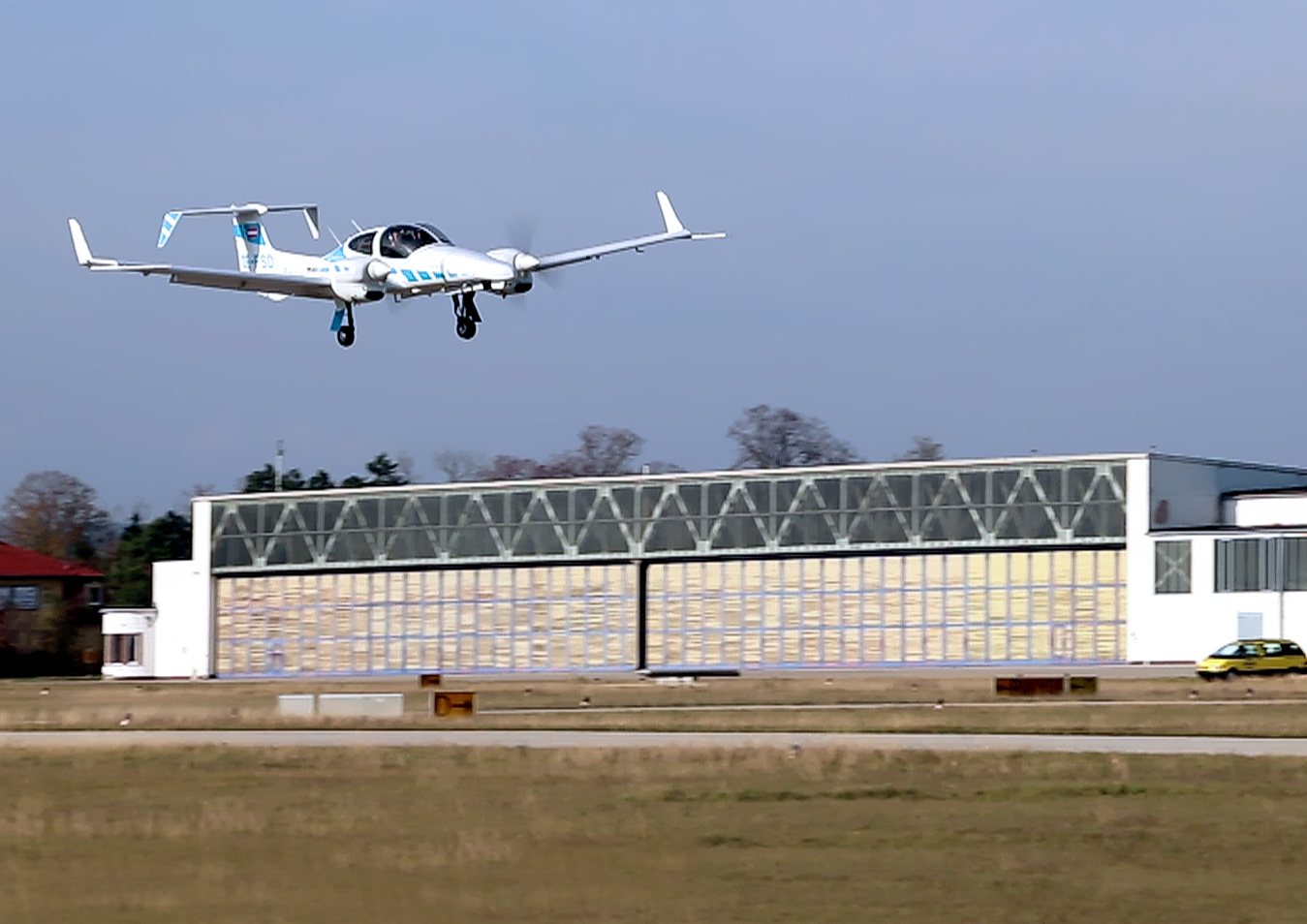 The automated plane comes in for a landing

A plane making an autonomous landing needs to know exactly where the runway is, naturally, but it can’t rely on GPS — too imprecise — and if it can’t use ILS and other ground systems, what’s left? Well, the computer can find the runway the way pilots do: with its eyes. In this case, both visible-light and infrared cameras on the nose of the plane.

TUM’s tests used a single-passenger plane, a Diamond DA42 that the team outfitted with a custom-designed automatic control system and a computer vision processor both built for the purpose, together called C2Land. The computer, trained to recognize and characterize a runway using the cameras, put its know-how to work in May taking the plane in for a flawless landing.

As test pilot Thomas Wimmer put it in a TUM news release: “The cameras already recognize the runway at a great distance from the airport. The system then guides the aircraft through the landing approach on a completely automatic basis and lands it precisely on the runway’s centerline.”

You can see the full flight in the video below.

This is a major milestone in automated flight, since until now planes have had to rely on extensive ground-based systems to perform a landing like this one — which means automated landings aren’t currently possible at smaller airports or should something go wrong with the ILS. A small plane like this one is more likely to be at a small airport with no such system, and should a heavy fog roll in, an autoland system like this might be preferable to a pilot who can’t see in infrared.

Right now the tech is very much still experimental, not even at the level where it could be distributed and tested widely, let alone certified by aviation authorities. But the safety benefits are obvious, and even as a backup or augmentation to the existing, rarely used autoland systems, it would likely be a welcome addition.