It’s Friday, so why not watch some good old-fashioned drone-powered graffiti? A design firm in Italy has put together a lovely little show that collected sketches from the art community and put them all together in a giant mural, painted over 12 hours by a team of drones.

We’ve seen spray-painting drones before, of course, but this is far better than the crude vandalism of a fashion billboard or even Disney’s more structured wall drawings. These drones actually put together something worth looking at! 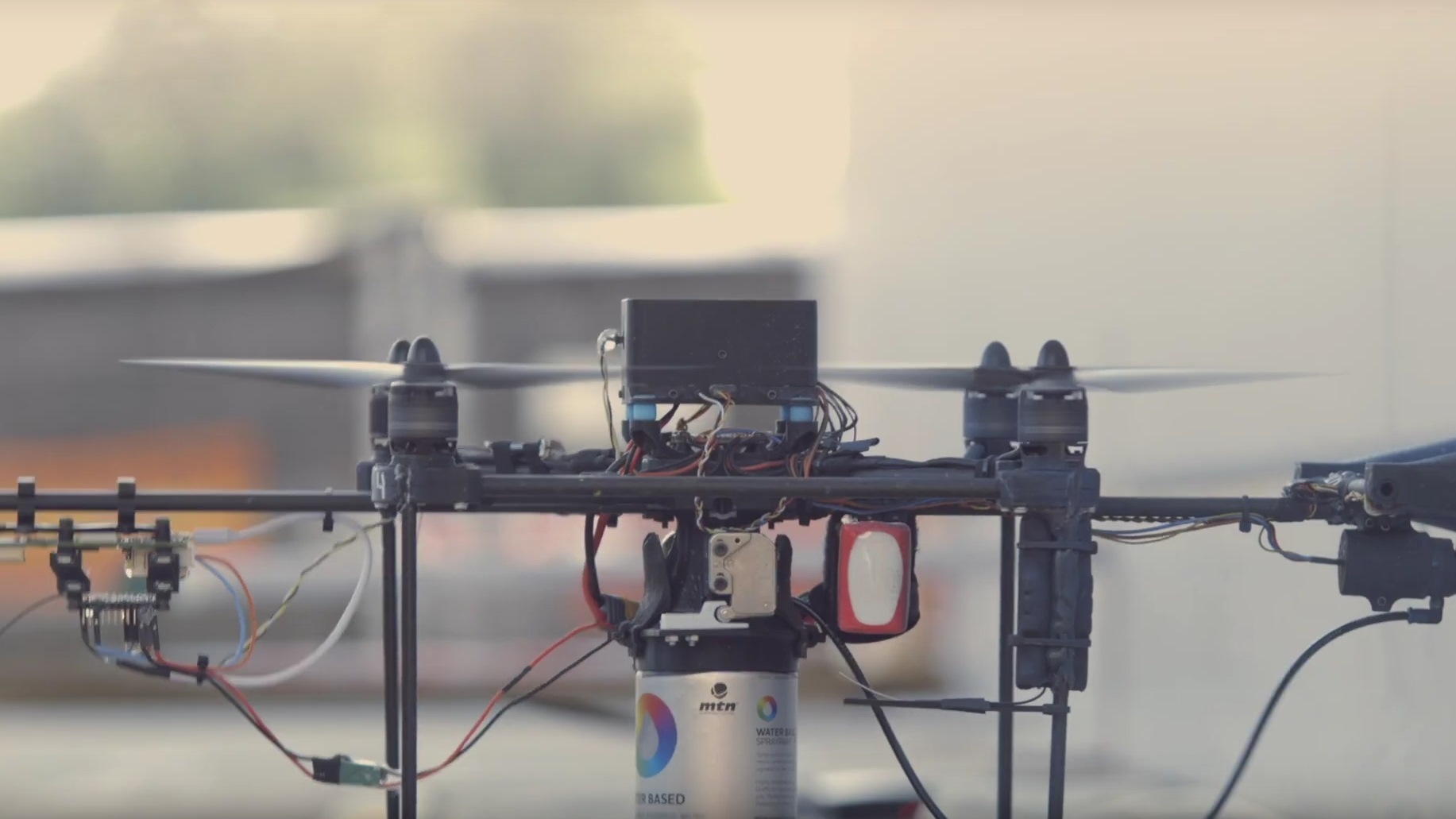 The Urban Flying Opera project was curated by Carlo Ratti Associati, which collected some 1,200 small illustrations via an app, selecting 100 to assemble into a single mural. The line drawings were then loaded into a central control computer and painting instructions relayed to a set of four drones equipped with paint cans, which worked over a 12-hour period to put the whole thing together.

Each drone, provided by Tsuru Robotics (it’s partly a promotion for the company) was operating as part of a whole, with multiple position monitoring systems making sure they didn’t accidentally bump into one another. No second chances when you’re spray painting a white wall.

The mural is 46 feet wide and 39 feet tall, and each color layer, laid on separately, represents a different aspect of the community the project is trying to highlight.

“The city is an open canvas, where people can inscribe their stories in many ways. Such processes have always been happening; however, with UFO we tried to accelerate them, using drone technology to allow for a new use of painting as a means of expression,” CRA founder Carlo Ratti told New Atlas.

It’s still nowhere near the level of fidelity you see in serious graffiti and street art, but it’s clear that drone-based spray painting is becoming a viable method rather than a lark. Perhaps even future drone-based vandalism will be of higher quality!