Tesla has extended its 5-star safety rating streak to Europe.

In a new round of testing, the European New Car Assessment Programme (Euro NCAP) awarded the Model 3 its highest rating of five stars. You can watch a video of Euro NCAP’s crash test below.

As fun as it is to watch a Tesla Model 3 (or any vehicle) get pummeled in crash tests, understanding what helped push the company’s safety rating so high is far more interesting.

The testing measures four areas: how the vehicle protects adults and children, how it treats vulnerable road users like pedestrians and safety assist. Tesla has historically achieved high safety ratings thanks to the underlying architecture of the vehicle and its powertrain design, which makes the cars more rigid and better protects occupants. The location of the battery also gives the Model 3 and other Tesla vehicles a low center of gravity, which improves handling and reduces the chance of a rollover.

But it’s the safety assist score, which rates the standard safety features in the vehicle, where the Model 3 stands out. Euro NCAP did not test Autopilot, the advanced driver assistance system that includes adaptive cruise control, can change lanes and keeps the car in its lane. 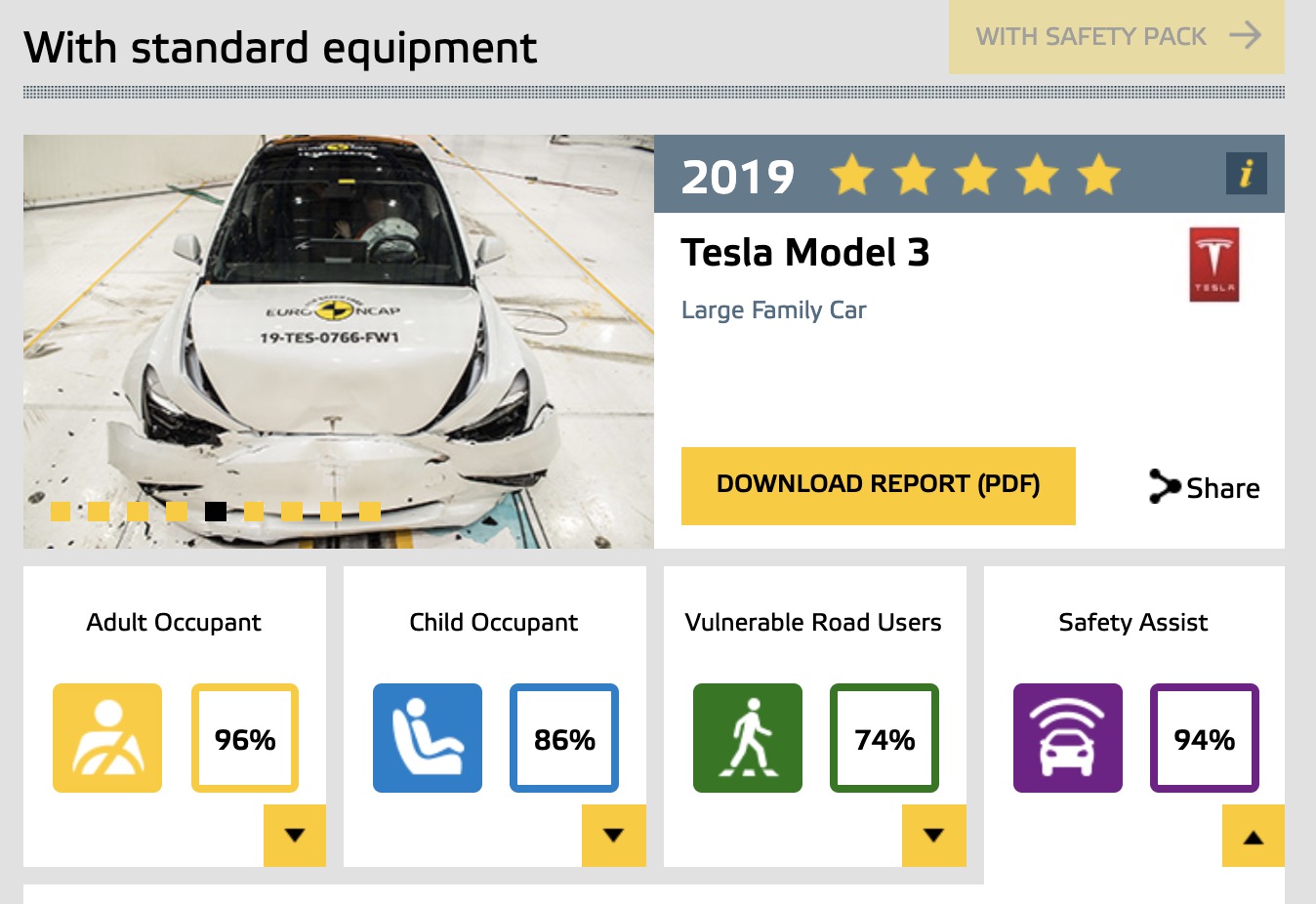 Instead, this assessment focused on the car’s active safety features such as the automatic emergency braking system (AEB) or one that prevents drivers from unintentionally drifting into another lane. The Tesla Model 3 earned the highest safety assist score ever awarded by Euro NCAP under its newer 2018-2019 testing protocols.

The company’s engineers used data collected from the sensor suite of every Tesla made since October 2016, along with inputs from drivers to get a better understanding of how people behave behind the wheel, according to Tesla. That data was used to build out more accurate prediction models, which, in turn, allow the features to better mitigate or avoid accidents.

The Model 3 is not the only vehicle to earn a 5-star rating from Euro NCAP. The Audi e-tron, Toyota Corolla, Volkswagen T-Cross, Mazda 3, Kia Ceed and Lexus UX are some of the other 2019 models that earned five stars.