London is one of the world’s biggest markets for consumers who travel using ride-hailing services. Is it now also becoming one of the most crowded when it comes to the companies offering the transportation, too? Today, India’s Ola confirmed that it is the latest of the wave of app-based ride-hailing providers to receive a license to operate in London. A spokesperson told TechCrunch that Ola expects to kick off its services two months from now, in September.

“Ola has been granted a PHV operator license by TFL,” an Ola spokesperson said in a statement provided to TechCrunch. “London is one of the world’s most iconic cities and hosts a progressive mobility environment. We couldn’t be more excited to bring Ola to London in the time ahead! We are looking forward to building world-class mobility offerings for London, by collaborating with drivers, riders, the government and local authorities. Londoners will hear more from us closer to our launch in the city, as we get ready to serve them.”

Ola’s international push is an interesting shift for the company, which (like Lyft) was one of the early ride-hailing startups to commit to a strong focus as a regional leader at a time when its arch competitor Uber was burning hundreds of millions of dollars to expand internationally in multiple markets around the world.

And the news of Ola’s London license is not the only international news for the company this week: it comes at the same time that Ola Electric, the company’s spun-out electric vehicle business, has hinted that it will soon be coming to Latin America.

London is a significant addition to that list for a couple of reasons. One is because of its size, against which the rest of that list is dwarfed; and two is because Transport for London (TfL), the city’s transportation regulator, has over the years proven to be a strict custodian when it comes to issuing licenses to taxi companies, and subsequently enforcing the operating rules that it sets for them — not least because of the lobbying of the city’s black cab drivers, who have staged numerous protests over Uber’s practices: 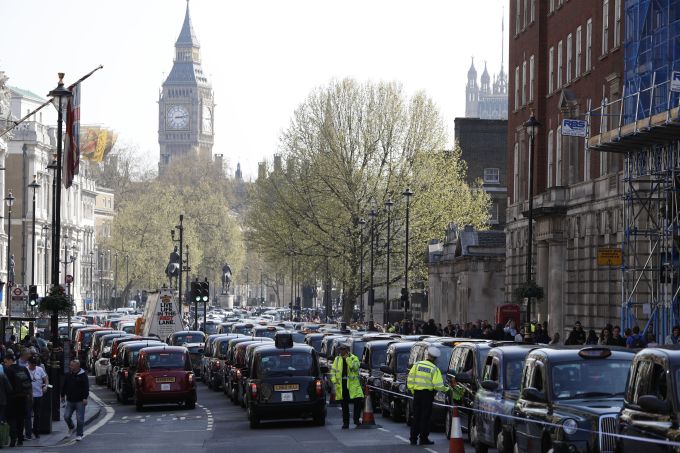 TfL’s actions have led to one provider, Bolt (née Taxify), shutting down its service for 22 months before starting up again last month. Prior to that, Uber found itself in legal hot water, too, when TfL refused to renew its license unless it drastically changed its practices. (Today, Uber operates under a provisional permit as TfL continues to monitor it in competition with other providers.)

The news of Ola getting a London operating license comes at a time when the company — backed by nearly $4 billion from investors that include Didi, SoftBank, Accel, Sequoia, Kia and nearly 60 others — continues to add to its international footprint after years of building its service in India, which accounts for the vast majority of the 125 million customers that have taken trips with Ola to date.

The company’s spun-out electric vehicle business, Ola Electric, yesterday announced that it had raised $250 million from SoftBank at a $1 billion valuation. While one reason for building Ola Electric is to help meet demand for lower emissions in India, a second track is to use that EV business to take Ola abroad — and specifically to Latin America, according to this exchange between SoftBank International CEO and group COO Marcelo Claure and Ola’s founder and CEO, Bhavish Aggarwal.

An Ola spokesperson said that for now, in London the focus will be on rolling out a more standard service akin to what Ola provides in the U.K. today, and also what you get today from other London ride-hailing providers like Uber, Bolt and many smaller mini-cab firms that have built up networks of drivers who work as contractors on the service using their own vehicles.

In India, Ola is the dominant ride-hailing service provider. In addition to the U.K., other markets where it operates outside of its home country are Australia (where it has services in Sydney, Melbourne, Brisbane, Adelaide, Perth, Canberra and the Gold Coast) and New Zealand (Auckland, Wellington and Christchurch).