P.F.C. (Personal Finance Co.), a so-called “neobank” founded in Sweden, has raised €5 million in funding. Backing the young company is Nordea, the largest bank in the Nordics region.

In other words, chalk this up as another example of an incumbent bank placing financial and strategic bets on a fintech upstart, even if it doesn’t always end as the parties involved planned.

Nordea is present in 20 countries, including having a stronghold in Denmark, Finland, Norway and Sweden. Also targeting the Nordics, P.F.C. is tiny in comparison. The neobank says it hopes to get to 100,000 users by the end of the year.

Described as a personal finance app and accompanying debit card, P.F.C. is regulated under a payments institution license rather than being a fully licensed bank. It’s the same lighter touch model that Revolut and a plethora of other banking apps chose, before in some instances applying for a bank license so they can begin doing more risky regulated activities: namely lending out deposits in the form of overdrafts and loans. 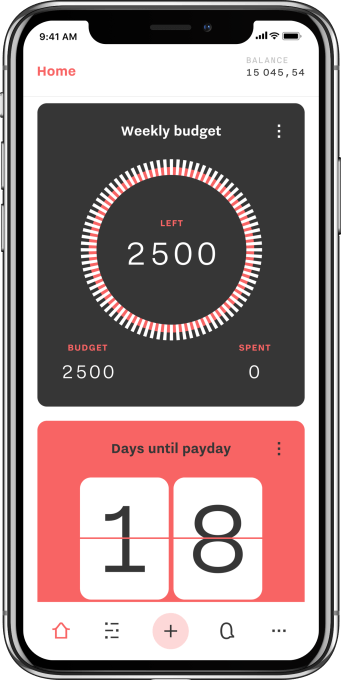 P.F.C.’s features include being able to instantly top up your account/card using Swish (a mobile payment technology provided by a group of Swedish banks), the ability to set a weekly budget and automatic transaction categorisation.

In addition, you can freeze, unfreeze, change your pin and order a new card directly within the P.F.C. app. You also have the option to receive a push notification after each purchase with your updated balance.

It’s a travel card, too: P.F.C. says there are no additional fees for purchases and ATM withdrawals abroad.

Other soon-to-launch features include the ability for friends and partners to share expenses and settle debts, and personalised savings and credit products with “transparent pricing.”

“There’s an opportunity in the market for companies that personalize financial services,” says Eli Daniel Keren, founder and CEO of P.F.C., in a statement. “We provide a personal, transparent and simple banking experience for our customers.”

Adds Ewan MacLeod, chief digital officer at Nordea: “We are delighted to have P.F.C. in our portfolio as it provides a personalized digital solution for customers. We see the investment as a great opportunity for us to team up and support P.F.C. in their growth.”