Samsung has quietly discontinued an app that it built specifically for India, one of its largest markets and where it houses a humongous research and development team. The AI-powered Android app, called Samsung Mall, was positioned to help users identify objects around them and locate them on shopping sites to make a purchase.

The company has shut down the app a year and a half after its launch. Samsung Mall was exclusively available for select company handsets and was launched alongside the Galaxy On7 Prime smartphone. News blog TizenHelp was first to report the development.

At the time of launch, Samsung said the Mall app would complement features of Bixby, the company’s virtual assistant. Bixby already offers a functionality that allows users to identify objects through photos — but does not let them make the purchase. 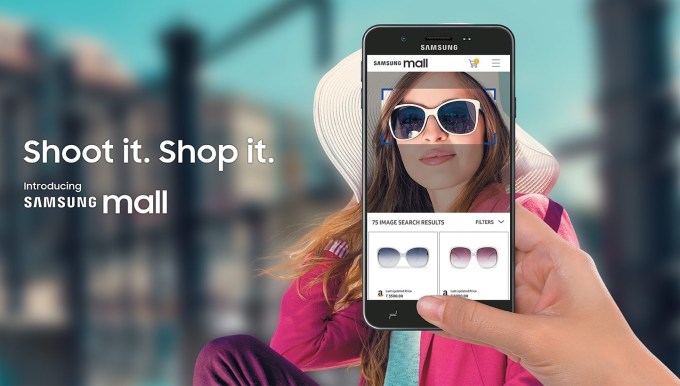 “The first insight while developing Samsung Mall was that consumers may be looking to find the price, the colour, delivery options and a lot of other things. Indian consumers want to find the best deals first. They aren’t tied up with one particular portal as well,” Sanjay Razdan, director of Samsung India told local outlet India Today at the time of the launch.

Samsung partnered with Amazon, ShopClues and TataCLiQ to show relevant results from these retailers on its “one-stop online experience” app. Users were also able to compare prices to see which website was offering them the item at lowest cost.

Samsung Mall app was downloaded about five million times from Google Play Store in India since March 2018, Randy Nelson, head of Mobile Insights at analytics firm SensorTower told TechCrunch. The app had begun to lose its popularity in recent months, though. Samsung has pulled the app from the app store.

Once the top smartphone vendor in India, Samsung has lost that crown to Xiaomi. The Chinese smartphone maker has held the tentpole position in India for two straight years now, according to research firm IDC.

A Samsung spokesperson in India, reached out to by TechCrunch on Monday, has yet to comment on the story.