NASA has completed a key test in preparing for its planned crewed space mission to return to the Moon, successfully testing the Launch Abort System (LAS for short) for its Orion spacecraft.

This is the first full stress test of the LAS, which involved launching both an Orion test craft and the full LAS system aboard a rocket booster (smaller scale than would be used to propel the Orion craft to orbit). The goal was to show that in the case of an emergency during an actual launch, the abort system could do its intended job and jettison the Orion crew craft to a safe distance away from the rocket, very quickly.

During this test, there obviously wasn’t anyone on board, but the demonstration still seems to have gone off as planned — the booster shot the Orion and LAS about 31,000 feet into the air, or about cruising height for commercial aircraft. At its target height, the abort system fired its own abort motor, which separates the crew module from the rocket with about 400,000 pounds of thrust.

This is designed to throw the Orion crew module clear of any potential explosion in the case of an emergency during the time the actual launch rocket is at “max-Q,” or the point during launch when it’s under the most stress from aerodynamic forces during the launch sequence.

As you can see above, the LAS managed to separate successfully, then turn around as planned to correctly orient the Orion test vehicle, and then separate itself from the crew capsule. The crew capsule then ejected its own onboard data recorders to provide NASA engineers with the detailed flight records they need to ensure everything went as intended with the LAS test. 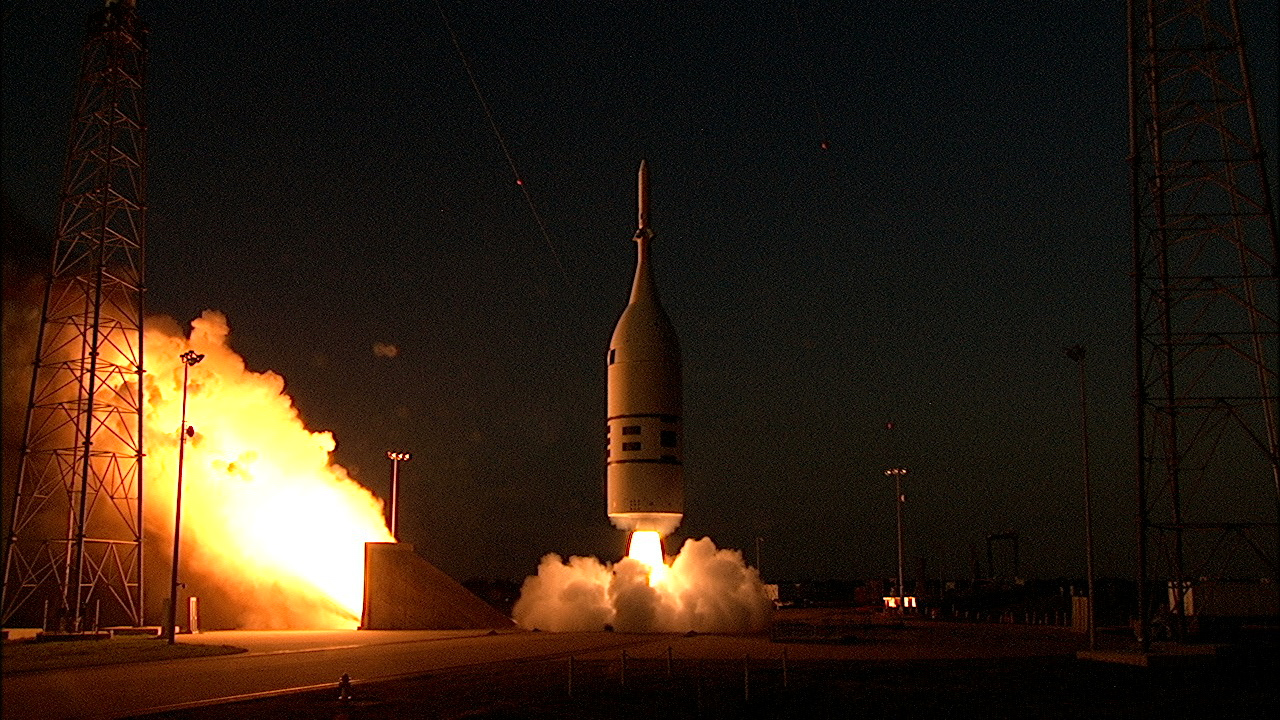