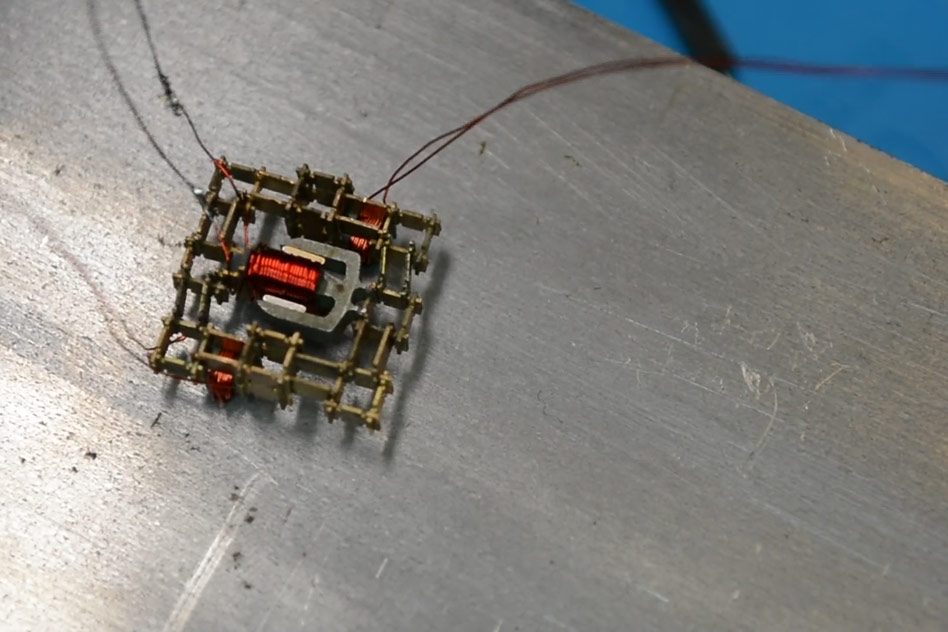 It’s becoming increasingly apparent that robots of the future will be less “Wall-E” and more “Voltron meets ant swarm” – case in point, this new ambulatory motor created by MIT professor Neil Gershenfeld and his students at the school. The motor above is little more than a magnet and coil with some structural parts, but it can “walk” back and forth or make the gears of a more complicated machine move back and forth.

On its own, this little moving microbe is impressive enough, but its real potential lies in what could happen were it to be assembled with others of its ilk, and with other building-block robotics components made up of simple parts, which is the vision of Gershenfeld and his research team. Previously, they’ve already shown that other core components can be assembled from the same limited set of fundamental ingredients, and in the future, the idea is that these tiny core machines could actually automatically self-assemble into larger structures capable of carrying out specific tasks.

These tiny bots can also move gears, which is key in terms of having them build bigger, more context systems (Credit: MIT)

That’s right: This little moving motor and its ilk might one day become part of a system that can become a agricultural robot one minute and a disaster-relief bot the next. That’s an end-state that will take a lot of work to achieve, but Gershenfeld is already working with MIT graduate student Will Langford on a machine that combines 3D printing with automated circuit builds, but that can handle much more sophisticated creation of fully functional robots using only digital blueprints as input.

Automated self-assembly is a tempting carrot in the world of cutting-edge robotics, and it’s obvious why. Here’s hoping they just don’t achieve T-1000 efficacy without proper behavioral limitations in place.