For the first time, Apple has published the number of requests it’s received from governments to take down apps from its app store.

In its latest transparency report, published Tuesday, the tech giant said it received 80 requests from 11 countries to remove 634 apps from its localized app stores during July 1 to December 31, 2018.

Apple didn’t list the apps that were removed, but noted in most cases why the apps were pulled. China made up the bulk of the requests, seeking to remove 517 apps claiming they violated its gambling and pornography laws. Vietnam and Austria also requested the removal of several apps that violated its gambling laws, while Kuwait asked Apple to pull some apps that fell afoul of its privacy laws.

Saudi Arabia, Turkey and Lebanon were among the countries that requested the removal of some apps, along with The Netherlands, Norway and Switzerland.

The move comes more than a year after the company promised to publish the figures starting with this latest transparency report.

Apple said it will in a future transparency report — slated for mid-2020 — report on appeals received in response to government demands to remove apps from the company’s localized app stores.

National security letters (NSLs) are controversial subpoenas issued by the FBI with no judicial oversight and often with a gag order preventing the company from disclosing their existence. Since the introduction of the Freedom Act in 2015, the FBI was required to periodically review the gag orders and lift them when they were no longer deemed necessary.

Apple first revealed it received an NSL in 2017 but never published the document. In its latest transparency report, the company finally published the letter — along with four others from 2018 that had the gag order lifted in April and May 2019. 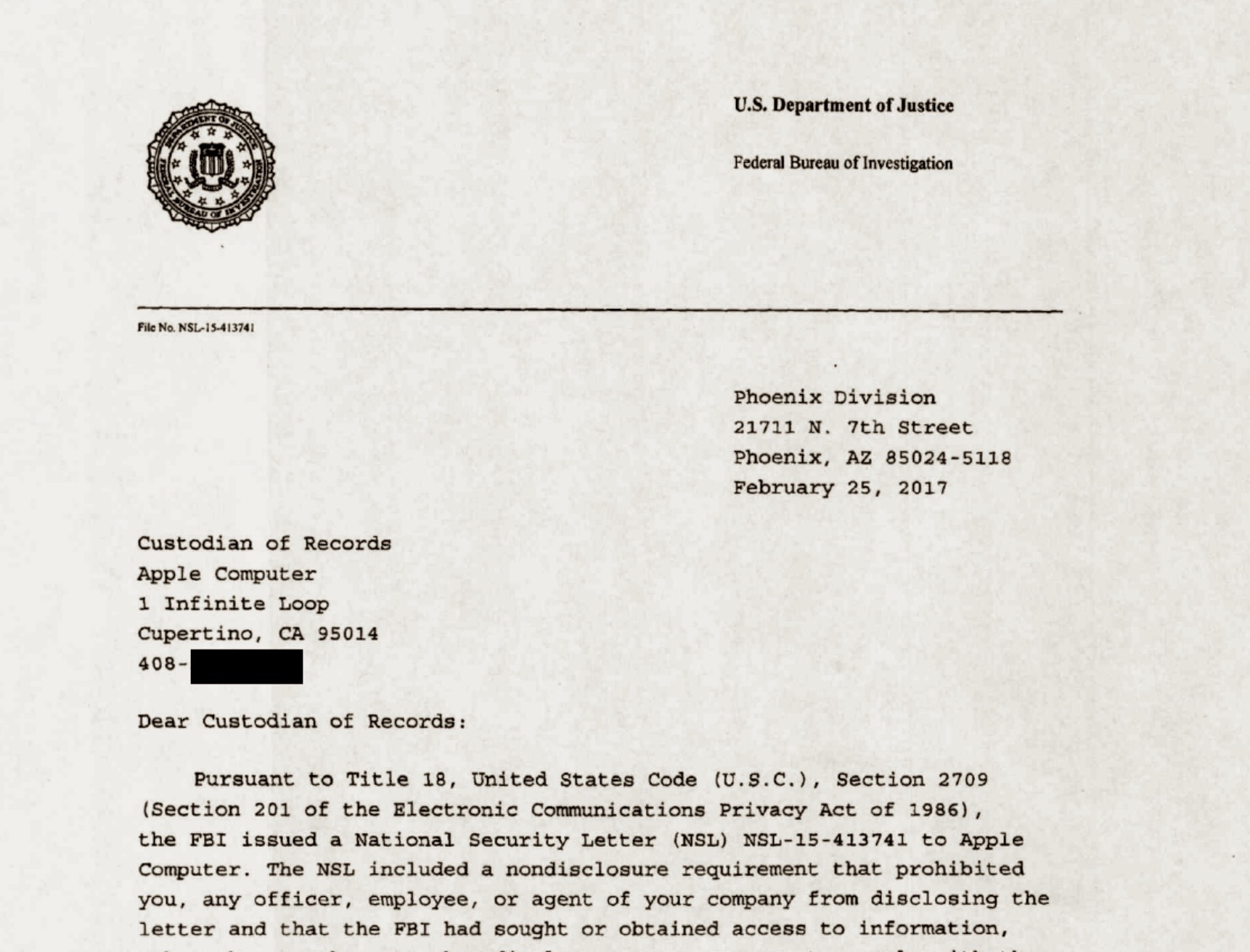 As for the rest of the report, most of the government demands went down during the six-month period compared to the previous reporting period.

Apple said it received 29,183 demands from governments — down almost 10% on the last reporting period — to access 213,737 devices in the second half of last year.

Germany issued the most legal demands for the six-month period ending December 2018, with 12,343 requests for 19,380 devices. Apple said the large number of requests were primarily due to police investigating stolen devices.

Apple also received 4,875 requests for account data, such as information stored in iCloud — up by 16% on the previous reporting period — affecting 22,503 accounts.

The tech giant also saw a rise in the number of government requests to preserve data for up to three months. Apple said it received 1,823 requests, up by 15%, affecting 5,553 accounts, during which law enforcement sought to obtain the appropriate orders to access the data.