Bird strikes are a very real danger to planes in flight, and consequently aircraft are required to undergo bird strike testing — but what about drones? With UAV interference at airports on the rise, drone strike testing may soon be likewise mandatory, and if it’s anything like what these German researchers are doing, it’ll involve shooting the craft out of air cannons at high speed.

The work being done at Fraunhofer EMI in Freiburg is meant to establish some basic parameters for how these things ought to be tested.

Bird strikes, for example, are tested by firing a frozen poultry bird like a chicken or turkey out of an air cannon. It’s not pretty, but it has to be done. Even so, it’s not a very good analogue to a drone strike.

“From a mechanical point of view, drones behave differently to birds and also weigh considerably more. It is therefore uncertain, whether an aircraft that has been successfully tested against bird strike, would also survive a collision with a drone,” explained Fraunhofer’s Sebastian Schopferer in a news release.

The team chose to load an air cannon with drone batteries and engines, since those make up most of any given UAV’s mass. The propellers and arms on which they’re mounted are generally pretty light and will break easily — compared with a battery weighing the better part of a kilogram, they won’t add much to the damage. 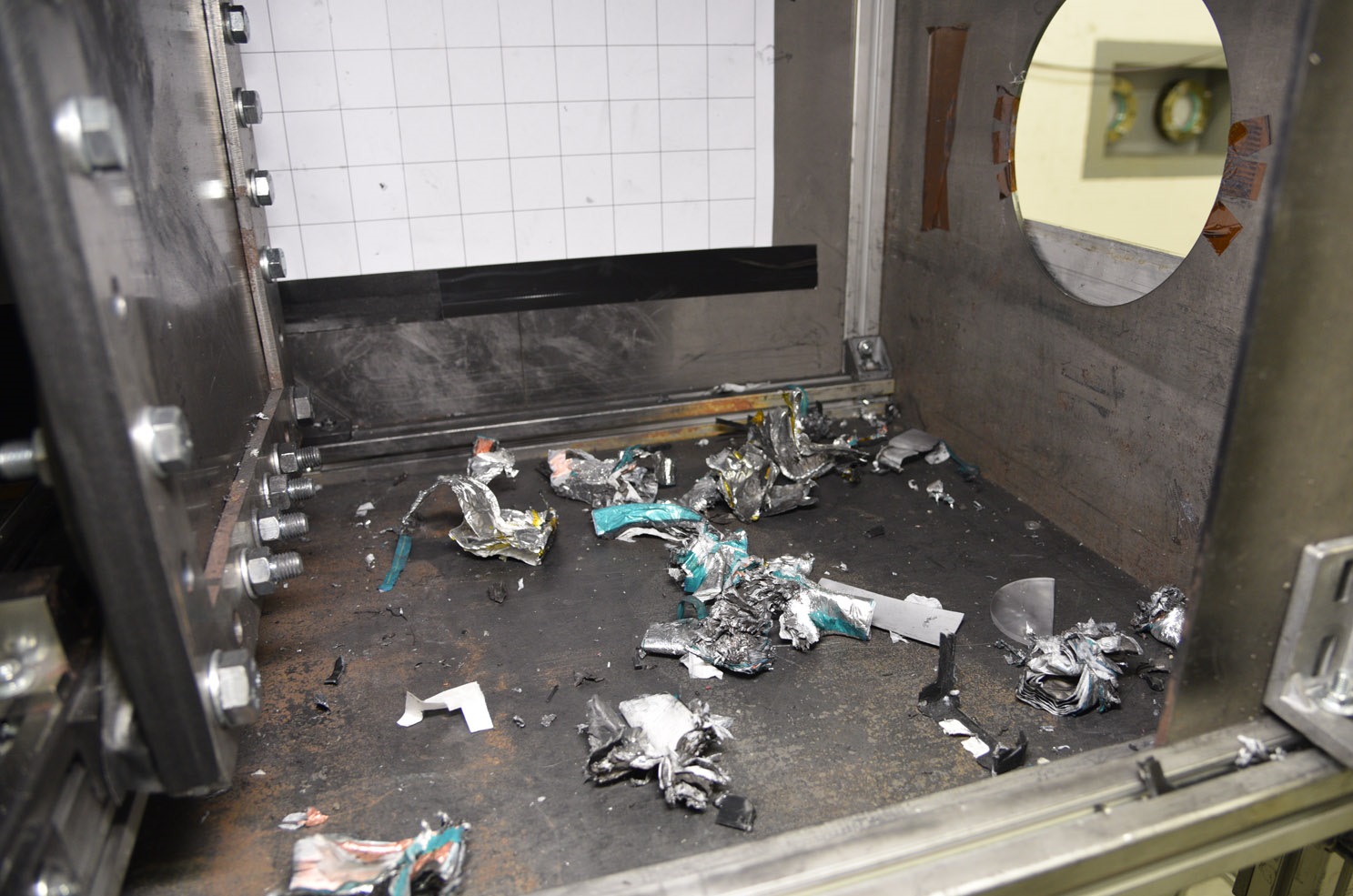 The drones were fired at speeds from 250 to 570 miles per hour (115 to 255 meters per second by their measurement) at aluminum plates of up to 8 millimeters of thickness. Unsurprisingly, there was “substantial deformation” of the plates and the wingless drones were “completely destroyed.” Said destruction was recorded by a high-speed camera, though unfortunately the footage was not made available.

It’s necessary to do a variety of tests to determine what’s practical and what’s unnecessary or irrelevant — why spend the extra time and money firing the drones at 570 mph when 500 does the same level of damage? Does including the arms and propellers make a difference? At what speed is the plate in danger of being pierced, necessitating additional protective measures? And so on. A new rig is being constructed that will allow acceleration (and deceleration) of larger UAVs.

With enough testing the team hopes that not only could such things be standardized, but simulations could be built that would allow engineers to virtually test different surfaces or materials without a costly and explosive test rig.