A new startup using computer vision software to turn security cameras into gun-detecting smart cameras has raised $2.2 million in venture capital funding in a round led by Bling Capital, with participation from Upside Partnership and Tensility Venture Partners.

Aegis AI sells to U.S. corporations and school district its technology, which scans thousands of video feeds for brandished weapons and provides threat-detection alerts to customers within one second, for $30 per camera, per month. Coupling AI and cloud computing, Aegis integrates with existing camera hardware and video management software, requiring no on-site installation or maintenance.

“We can take over the role of a security guard with much higher accuracy at a much lower cost,” Aegis co-founder and chief product officer Ben Ziomek tells TechCrunch.

The financing round comes as a fresh cohort of businesses look to new technologies to protect against gun violence. AI-based gun detection is an unproven method, but investors and entrepreneurs alike are hopeful it represents a new era in threat-detection and safety. Seattle-based Virtual eForce, Israel’s AnyVision and Canadian tech startup SN Technologies are among the startups focused on improving security systems across the globe.

For Aegis co-founder and chief executive officer Sonny Tai, protecting against gun violence is personal. The first-time founder, who previously spent nearly a decade in the Marine Corps, grew up in South Africa where gun violence was all too common.

“We had a close family friend who was fatally shot in his own home 20 years ago,” Tai tells TechCrunch. “This prompted my mother to decide that we should immigrate to the U.S. On my end, it inspired a lifelong passion in me. I had to do something about the U.S. gun epidemic.” 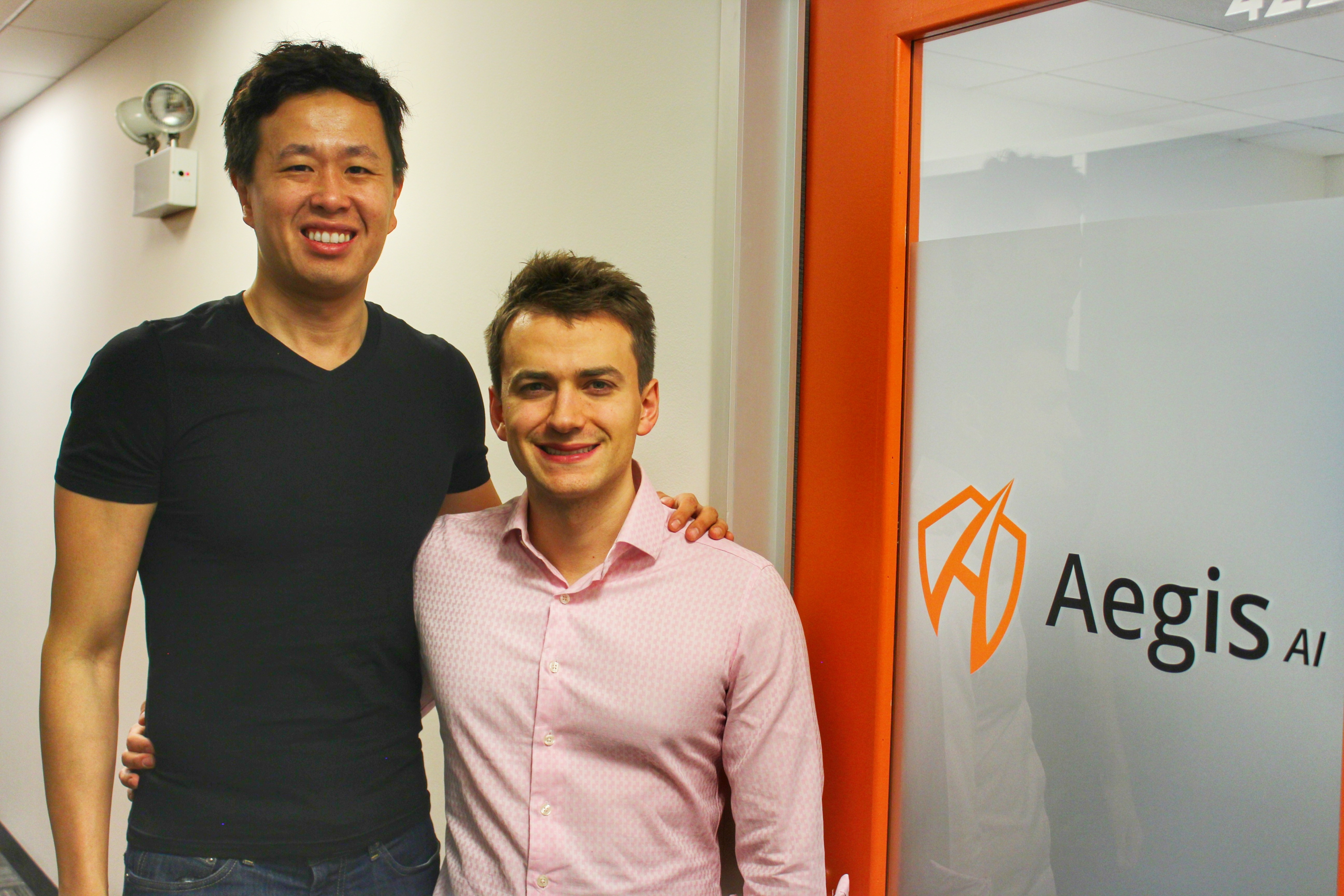 Lacking engineering expertise, Tai looked to Ziomek for technical support. Ziomek previously spent several years at Microsoft, most recently leading engineering and data science teams within the company’s AI program. Together they built Aegis, which is currently in the process of uprooting from Chicago to establish headquarters in New York City.

The pair spent 18 months building the technology they say can reliably recognize weapons in security camera footage. They had to take an “aggressive” data augmentation approach to develop the AI, Ziomek explains, as opposed to just scraping the web for images of weapons to feed to the platform.

“If you look at most of the state of the art computer vision models, they are really built specifically for the task of differentiating hundreds of different objects and the objects are very large,” Ziomek said. “We are looking for hard-to-see objects; we honed our system to look for small, dark objects in highly-complex scenes.”

“Traditionally — even if you’re working at Google or Microsoft — you scrape the internet for cats or hot dogs and you use a model based on that,” he added. “What happens when you do that same approach for weapons? You get product images, Instagram shots from people at the shooting range; all of these have no resemblance to real security camera footage.”

To teach its software to identify weapons, Aegis began by scrubbing the web for photos of weapons, then they reached out to key influencers in the personal safety space, who proved to be essential resources throughout the process. To complete the data collection process, they got their hands on real security footage and even took their own posed photos holding weapons to fill in any of the AI’s blind spots.

With a fresh bout of funding, Aegis will develop its technology to detect other threats, including bombs and vehicles.