Five Japanese automakers including Isuzu Motors, Suzuki Motor Corp., Subaru, Daihatsu and Mazda will each invest 2% in the venture. Softbank and Toyota each own 35% of the company. Honda and Toyota’s truck-making unit Hino each have 10% ownership.

The venture launched in September aims to launch an on-demand mobility service with buses and cars in Japan next year. Toyota’s autonomous vehicles — based on its e-palette vehicle that debuted at CES 2018 — will eventually become a central piece of the service.

The e-Palette electric vehicle has a modular interior that is designed to allow for it to be used for a variety of services including shuttling people, packages, even mobile food preparation. 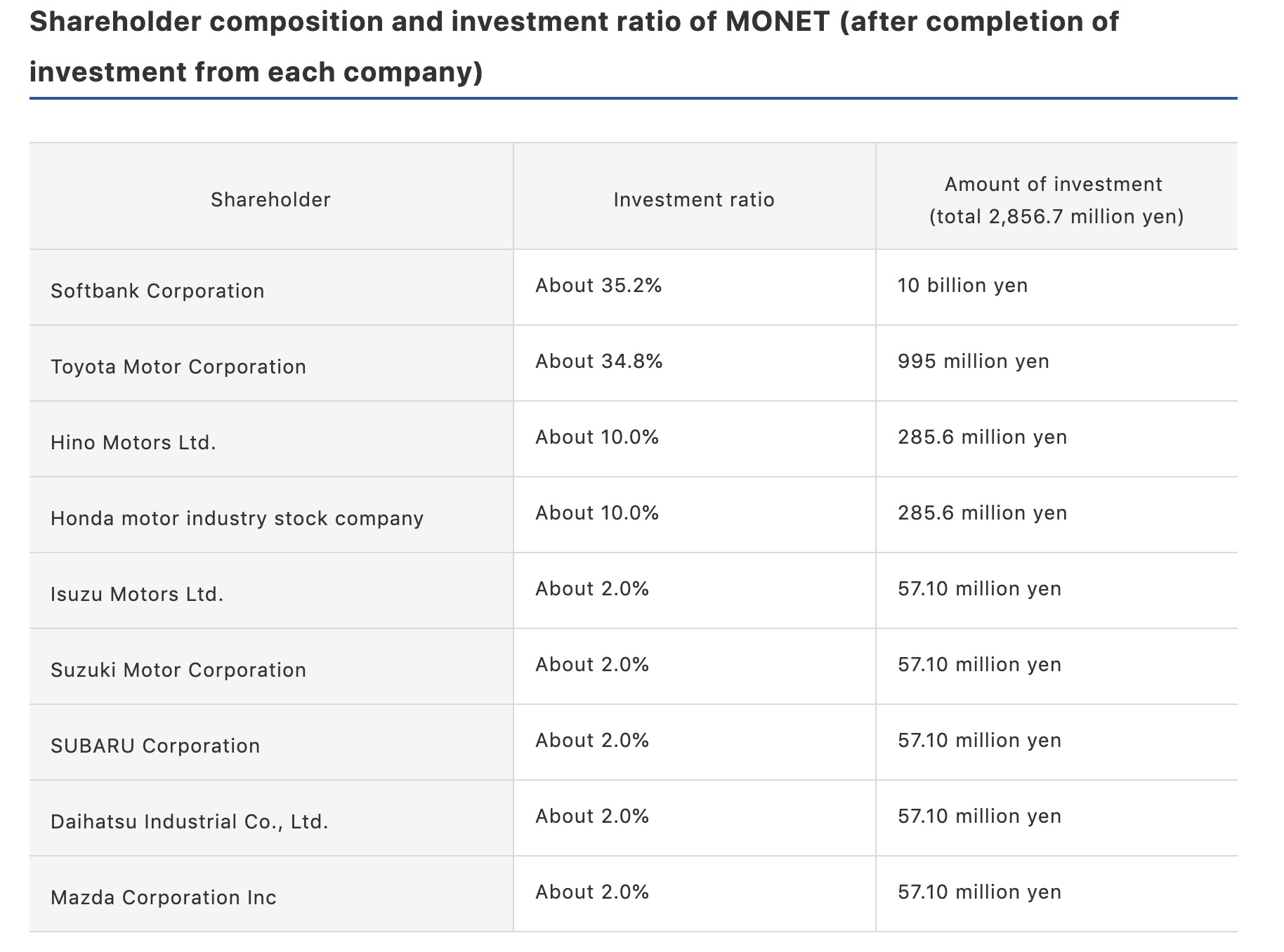 The venture involves more than simply investing capital. The automakers are also sharing data. Datasets are essential to build a mobility-as-a-service platform with autonomous vehicles, according to MONET President and CEO Junichi Miyakawa.

Earlier this year, Toyota began piloting an on-demand bus service that lets people order a ride via an app. The pilot was being conducted in the Ohara district within Toyota City. The venture also conducted a demonstration project involving a multi-purpose shuttle for Fukuyama-shi Hattori school district.