Many software vulnerabilities are already known, and vendors have even issued patches, but the problem is there are so many patches that it’s often difficult for companies to keep up. Vulcan Cyber wants to help by bringing a level of automation to the patching operation, and in the process reduce exposure to known risks.

Today, it announced a $10 million Series A round from Ten Eleven Ventures and YL Ventures.

In a typical scenario, security researchers find vulnerabilities, the vendors disclose them and patch them. From there it’s up to individual companies to take care of downloading and installing the patch, but Vulcan Cyber co-founder and CEO Yaniv Bar-Dayan says the number of patches has been growing at a furious pace with 6000 patches in 2016, 16,000 in 2017 and 18,000 last year. And that growth trajectory is continuing this year, he says.

Vulcan’s ultimate mission is to help companies remediate security vulnerabilities from their infrastructure. They do this by bringing a level of automation to the process, recognizing that humans can’t keep up with these numbers. “We automate the process of prioritization and deployment to remediate more vulnerabilities faster,” Bar-Dayan explained. What’s more, he said that Vulcan does this without risking business operations, while reducing risk and costs. 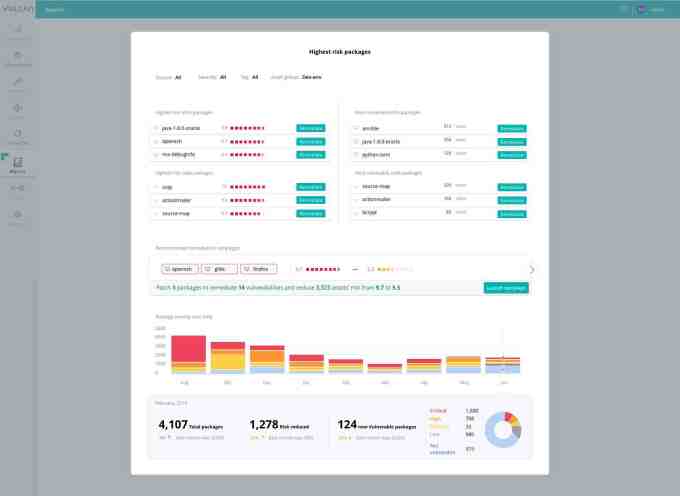 The company raised a $4 million seed round last year, bringing the total raised to $14 million so far. As TechCrunch’s Frederic Lardinois pointed out while writing about that seed round, it’s able to achieve this level of automation, while working with the tools developers and security teams typically work with anyway.

“Vulcan Cyber plays nicely with all of the major cloud platforms, as well as tools like Puppet, Chef and Ansible, as well as GitHub and Bitbucket. It also integrates with a number of major security testing tools and vulnerability scanners, including Black Duck, Nessus, Fortify, Tripwire, Checkmarx, Rapid7 and Veracode,” Lardinois wrote.

The company was founded last year and has 25 employees. It plans to continue building its engineering team in Israel with the money from this round, as well as opening an office in San Francisco for sales, marketing and customer success.