ASX’s eVTOL design is a tilt-wing design, which is distinct from the tilt-rotor design you might see on some of the splashier concept vehicles in the category. As you might’ve inferred from the name of each type of aircraft, with tilt-wing designs the entire wing of the aircraft can change orientation, while on tilt-rotor, just the rotor itself adjust independent of the wing structure.

The benefits of ASX’s tilt-wing choice, according to Sengupta, is speed to market and compatibility with existing regulatory and pilot licensing frameworks – and that’s why ASX could be providing cargo transport service relatively quickly for paying customers, with passenger travel to follow once regulators and the public get comfortable with the idea. 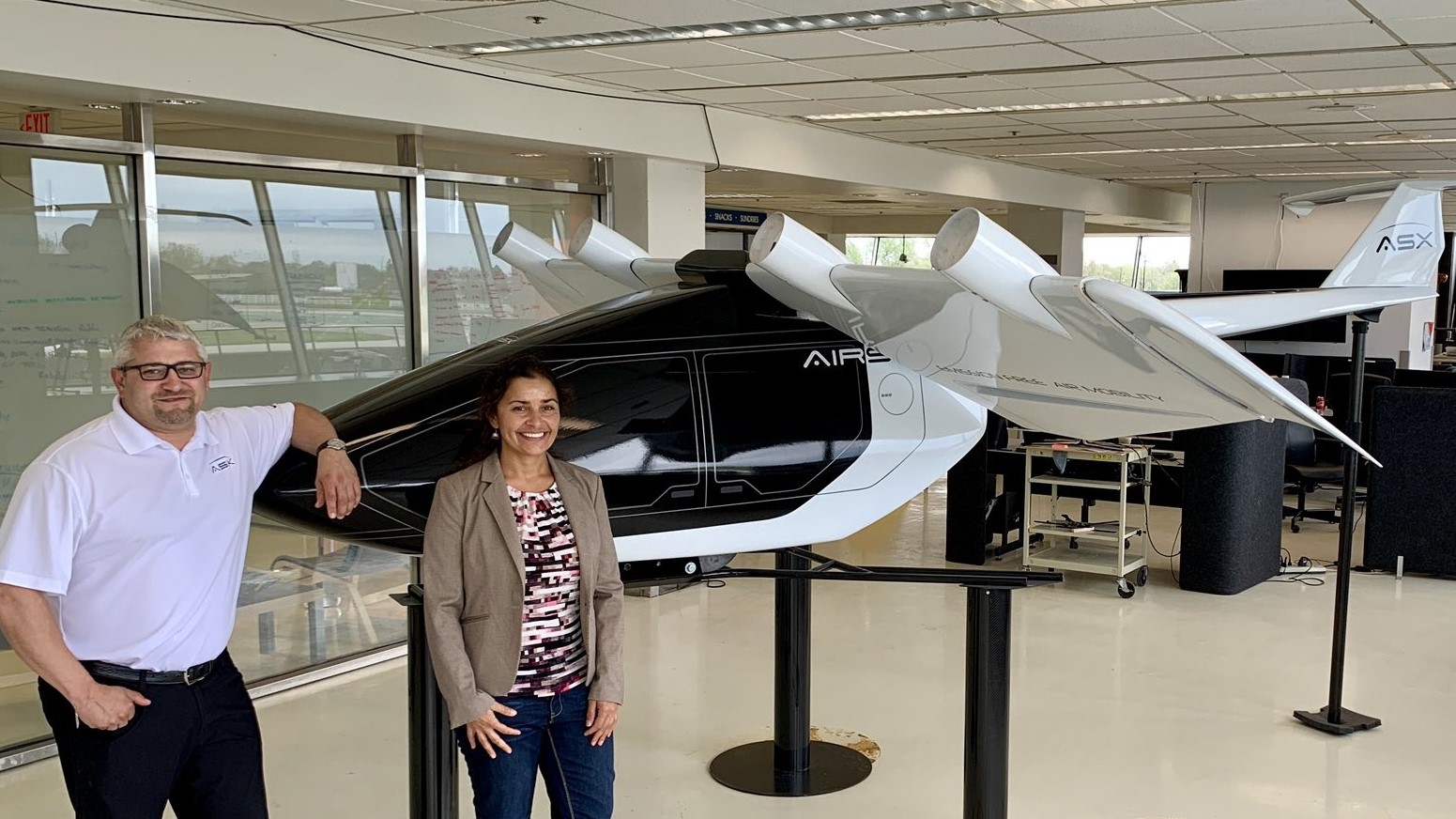 ASX’s vehicle design means that it can either take off vertically when space is tight, or do a more traditional short horizontal take off like the airplanes we use every day. That not only makes it easier to use for pilots with more conventional training and experience, but it also means it can slot into existing infrastructure relatively easily and make use of underused regional airports that already dot the U.S.

“Most people who don’t fly for fun don’t realize that there are general aviation airports all over the place, that are underutilized, because only people like me, who fly for fun [Sengupta is also a pilot], use them frequently,” she said. ” Like where we’re located at Detroit City Airport, on a given day, there could sometimes only be like three planes that go in and out of it. So this is infrastructure, which is already funded, paid for and operated by governments, but isn’t utilized. And you can use them in this new UAM [Urban Air Mobility] space, whether it’s for people or for cargo, it’s actually a really good thing, because the challenge of any new transportation system is the cost of infrastructure.”

ASX has also moved quickly to get aircraft up in the sky, which is better help in terms of its own path to commercialization. It’s built six scaled down demonstration and testing aircraft, including five one-fifth scale and one that’s one-third the size of the eventual production version. These testing aircraft can demonstrate all their modes of flight within easy view of the Detroit City Airport airspace control and monitoring. 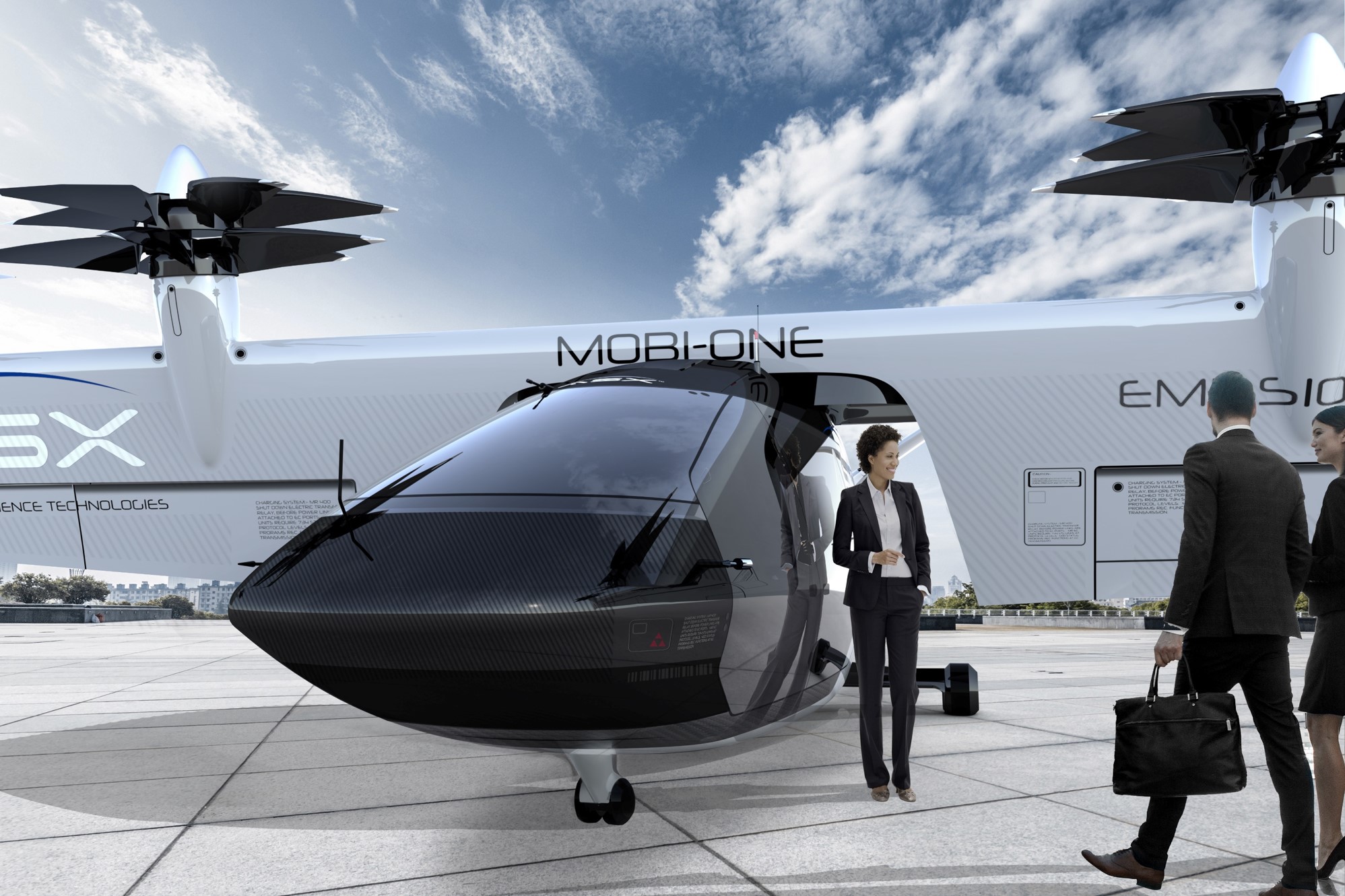 “We believe, and when you’re really cash strapped your small company, getting a lot of work at the subscale just allows you to do a lot more iterating, prototyping, and learning, basically how to control the vehicle,” Sengupta told me. “From a software perspective, it’s only when you get to that point, when you’re comfortable with a configuration, that it’s really worth your while to go off and build the full scale one. So with this next round [of funding, ASX’s second after raising just over $1 million last year]we’re going to go off and build this out at scale.”

Ultimately, Sengupta and ASX want to help usher in an era of air travel that creates efficiencies by changing the economics of regional and electric flight, and its attracting interest from investors and industry partners alike, including global transportation service provider TPS Logistics, with which it just signed a new MOU to work together on sussing out the opportunities of the eVTOL logistics market.

“Right now you you see a lot of congestion in airports, within beings, you’re going to have congestion coming in, you’re going to have to build a different professional parking lots and runways and all kinds of huge expense, if you can use these general aviation airports as regional centers to do that travel, you can take it away from the commercial, so they actually solve a lot of other problems,” Sengupta said. “For routes of let’s say 300 miles, you probably would need to do a hybrid power solution first, just because the energy density better isn’t there yet. But that’s the whole nicer than having it be fully fueled. And then hopefully […] hydrogen fuel cells is obviously something where you can get the energy needed in each of those regional flights. So by kick-starting this electric aviation use case for the shorter range, urban flights, you kind of kickstart the industry to push it over to fully electric vehicles for regional travel.”