At its NextGen event, BMW today premiered the next generation of its adaptive cruise control system, which will be able to detect and automatically stop at red lights. This isn’t exactly autonomous driving just yet, but it’s clearly an effort to bring some of these advanced cruise control features from highway driving to a more urban environment.

The system uses the same cameras that are already built into virtually all new BMWs today and which can already detect speed limits and pass those on to the cruise control system.

In addition to the camera, the system also uses the car’s built-in navigation feature to get information about where it should expect traffic lights. 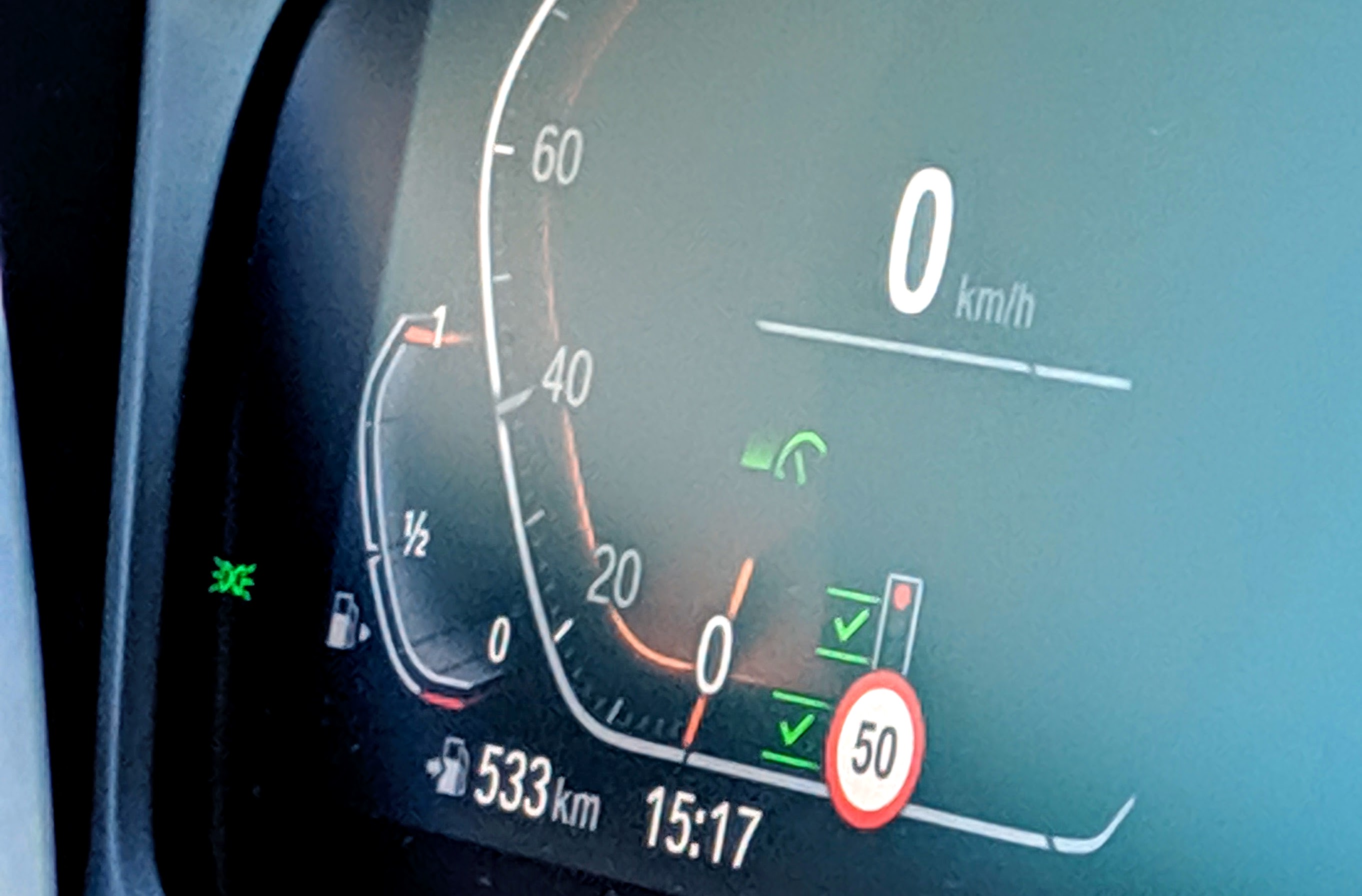 Because it’s a new software feature, BMW will be able to upgrade existing cars with this feature in the future, though it remains mum about when exactly it will launch it to customers and which cars will get it first.

I saw the system in action during a short drive in a standard 3-Series car with the software update today. It worked flawlessly in the dense urban traffic of Munich, though this was obviously a pre-planned route that even including a traffic light the company set up specifically for this demo. Whenever the car detected a red light, it gently brought the car to a stop. The car will automatically hold the car at the red light and the driver then has to tap the cruise control button to continue when the light changes to green.

While I didn’t see it in action, the system is also able to detect right and left arrows at more complex intersections and react accordingly, based on the route you programmed into your navigation system

I admit that, at least for the time being, I remain skeptical about using these kinds of level 2 automation systems in an urban environment. It’s a far more challenging and risky environment to navigate and even with these new tools, the driver still has to remain highly engaged. Outside of the urban environment, where there are obviously also plenty of traffic lights, this strikes me as a very useful feature. BMW, though, clearly believes that its system is robust enough to handle urban traffic, too.