Squire, a Y Combinator-backed business management platform for barbershops, just raised an $8 million Series A round led by Trinity Ventures. Since launching in 2016, Squire has grown to operate in 28 cities across three countries with more than $100 million in transactions processed to date.

Across the 28 cities where Squire operates, the company says it sees the most traction in cities like New York, San Francisco, Miami, Atlanta, Los Angeles and Toronto.

With the funding in tow, Squire plans to recruit additional engineers, build out a sales team and start spending money on marketing.

Squire has a tiered business model that ranges from $30 per month to $250 per month, depending on the size and needs of the barbershop. The most basic plan includes features like booking capabilities and reports while the complete plan features all of that plus a custom app, support for multiple locations, loyalty rewards and a wait list. 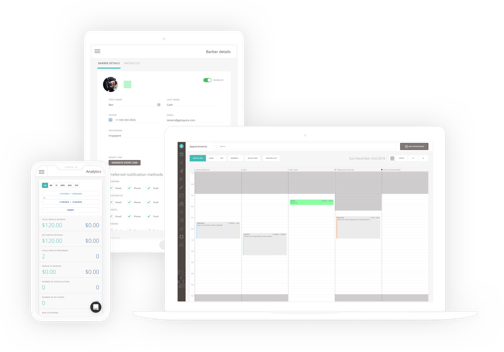 Squire initially didn’t charge barbershops, but quickly realized shops were willing to pay for what it was offering.

“In talking to customers, we realized there was a lot of opportunity to build value in a backend management system,” Squire co-founder Songe LaRon told TechCrunch. “And when we started working on those features, they would often expect to pay something. When we said it was free, they were actually a bit skeptical.”

Down the road, Squire sees a future where it could extend its model into other verticals, but says it’s currently focused on barbershops and the $20 billion market opportunity in men’s grooming.