Hypergiant, a startup launched last year to address the execution gap in bringing applied AI and machine learning technologies to bear for large companies, has signed on a high-profile new advisor to help out with the new ‘Galactic Systems’ division of its services lineup.

Hypergiant founder CEO Ben Lamm also serves as an Advisory Council Member for The Planetary Society, the nonprofit dedicated to space science and exploration advocacy that’s led by Nye who acts as the Society’s CEO. Nye did some voiceover work for the video at the bottom of this post for Hypergiant through the connection, and then decided to come on in a more formal capacity as an official advisor working with the company. He’ll act as a member of Hypergiant’s Advisory Board.

Nye was specifically interested in helping Hypergiant to work on AI tech that touch on a couple of areas he’s most passionate about.

“Hypergiant has an ambitious mission to address some big problems using artificial intelligence systems,” Nye explained via email. “I’m looking forward to working with Hypergiant to develop artificially intelligent systems in two areas I care about a great deal: climate change and space exploration. We need to think big, and I’m very optimistic about what AI can do to make the world quite a bit better.”

Through its work, Hypergiant has an impact on projects in flight from high-profile customers including Apple, GE, Starbucks and the Department of Homeland Security to name just a few. Earlier this year, Austin-based Hypergiant announced it was launching a dedicated space division through the acquisition of Satellite & Extraterrestrial Operations & Procedures (SEOPS), a Texas company that offered deployment services for small satellites. 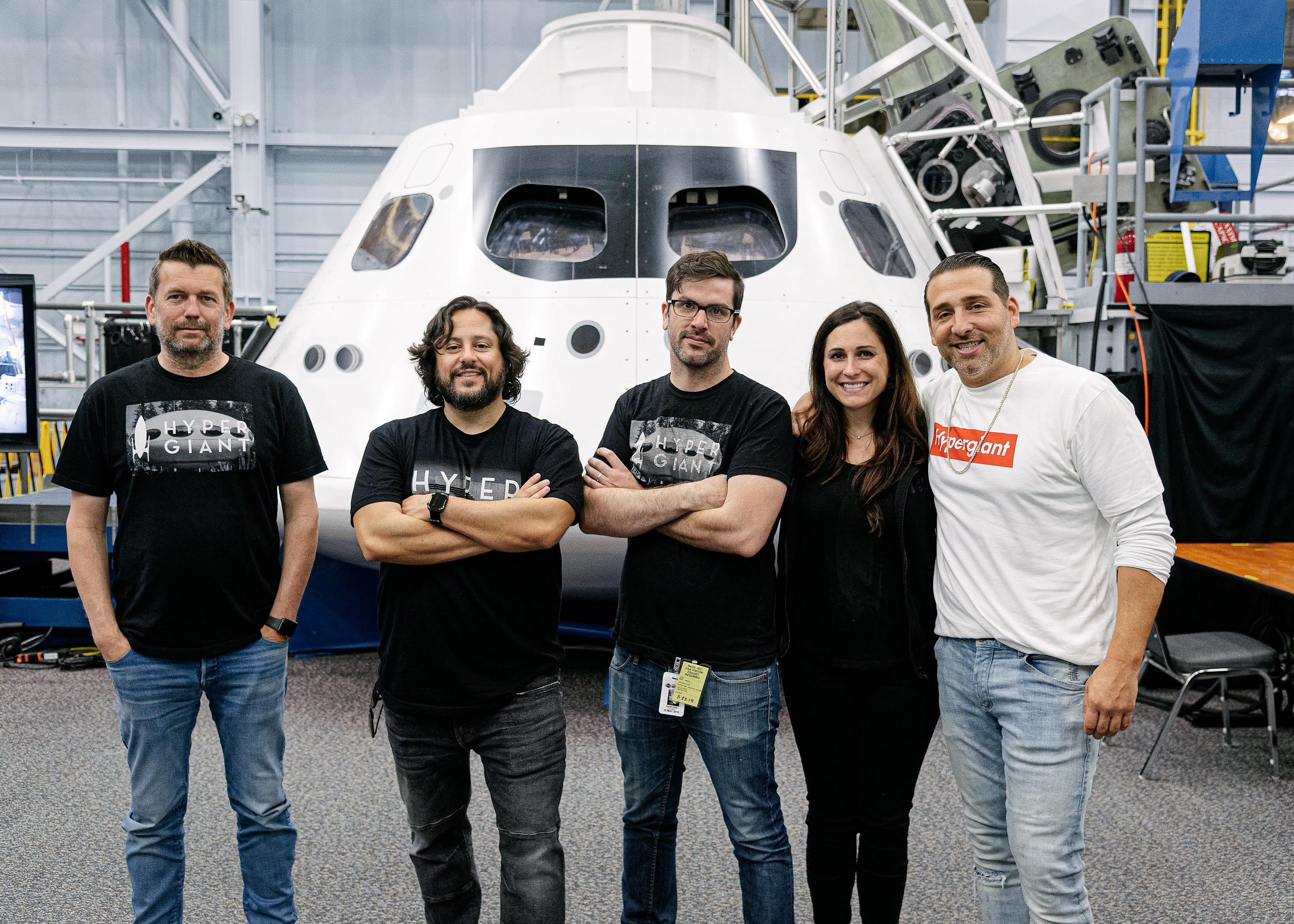 Hypergiant founder and CEO Ben Lamm along with members of the Hypergiant team at NASA. Credit: Hypergiant.

Nye’s role will focus on this division, advising on space, but also equally on advising clients as to climate change in order to ensure that Hypergiant can “make the most of AI systems to hep provide a high quality of life for people everywhere,” Nye wrote.

“Climate change is the biggest issue we face, and we need to get serious about new ways to fight it,” he explained in an email, noting that the potential impact his work with Hypergiant will have in this area specifically is a key reason he’s excited to undertake the new role.

A Better World from HYPERGIANT on Vimeo.