Years ago, a mobile app for email launched to immediate fanfare. Simply called Mailbox, its life was woefully cut short — we’ll get to that. Today, its founders are back with their second act: An AI-enabled assistant called Navigator meant to help teams work and communicate more efficiently.

With the support of $12 million in Series A funding from CRV, #Angels, Designer Fund, SV Angel, Dropbox’s Drew Houston and other angel investors, Aspen, the San Francisco and Seattle-based startup behind Navigator, has quietly been beta testing its tool within 50 organizations across the U.S.

“We’ve had teams and research institutes and churches and academic institutions, places that aren’t businesses at all in addition to smaller startups and large four-figure-person organizations using it,” Mailbox and Navigator co-founder and chief executive officer Gentry Underwood tells TechCrunch. “Pretty much anywhere you have meetings, there is value for Navigator.”

The life and death of Mailbox 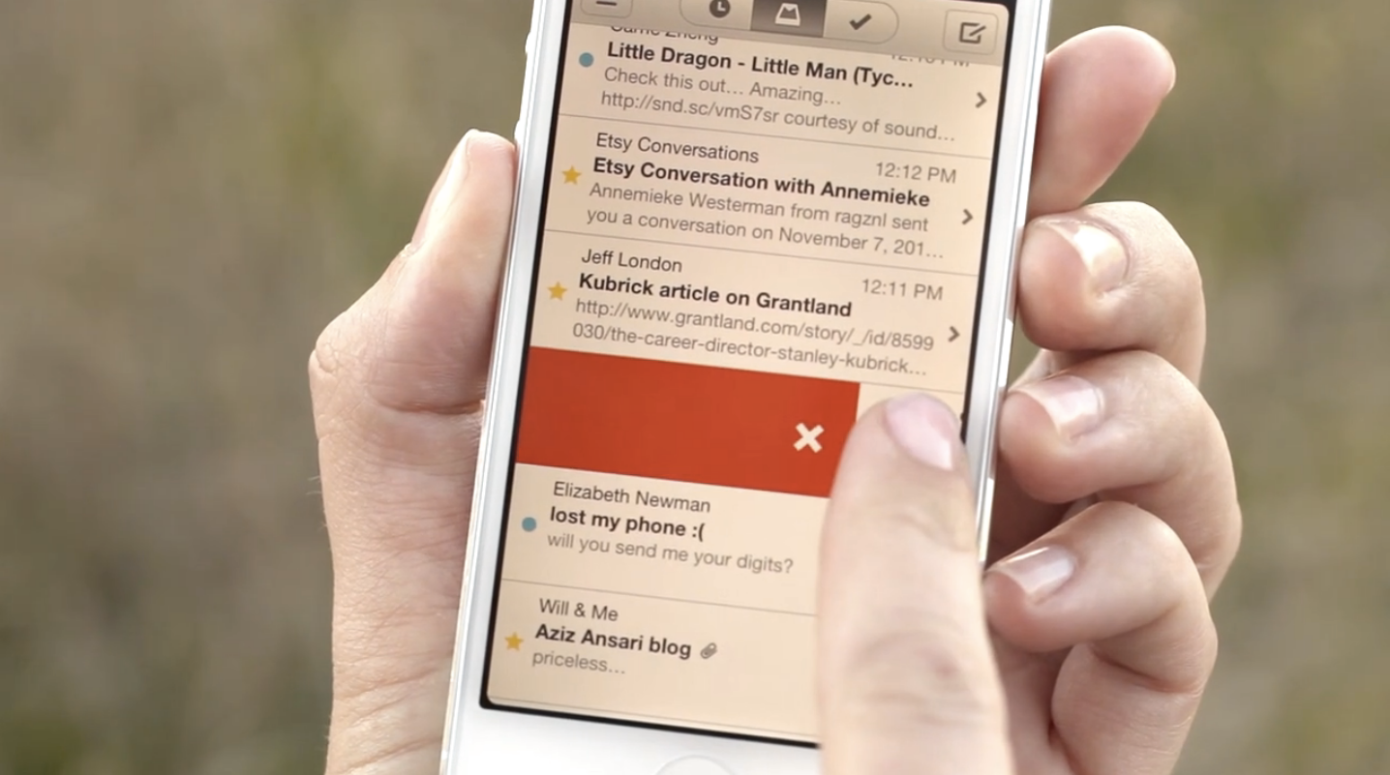 Mailbox, a mobile email management system, was responsible for many of the features both Apple Mail and Gmail use today, including swipe to archive or delete.

It launched in 2013, as mentioned, to quick success. At the time, Apple’s App Store was much newer and there were few available options for mobile email, especially ones that prioritized design and efficiency, as Mailbox did.

As a result, Mailbox, created by a venture-capital backed Palo Alto startup by the name of Orchestra, exploded. Mere weeks after its launch, it attracted 1.25 million people to its waitlist. Shortly after that, it hit another milestone: It was acquired.

Dropbox paid $100 million to bring Mailbox and its 13 employees on board, including Underwood and his co-founder Scott Cannon. Dropbox CEO Drew Houston, still years away from leading his company through a successful IPO, told The Wall Street Journal his plan was to “help Mailbox reach a much different audience much faster.”

“That was a very special time,” Underwood said. “There were still a lot of opportunities for improvements for how email was being used on these tiny little devices.”

Two years later, in 2015, the worst happened. Dropbox made the unpopular decision to shut down Mailbox, despite its cult following, in order to focus more on its own core product and the development of other new productivity tools.

“That was a hard time for us and Mailbox users,” Underwood said. “It was a tough decision for Dropbox as well … Ultimately, Mailbox didn’t meet the focus criteria for Dropbox and I understood the decision. It was in every sense their right to do with it what they thought was best.” 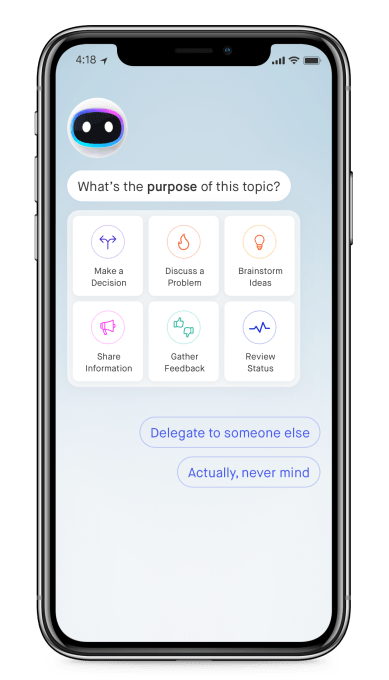 About a year later, in 2016, the Mailbox team had licked their wounds and begun work on an entirely new venture.

Much like Slack disrupted the frequency and efficiency of workplace communication, Navigator hopes to reimagine meetings, an essential element of business that’s often dreaded the most.

According to Doodle’s 2019 state of the meeting report, 71% of working professionals lose time every week because of unnecessary meetings, most often because those meetings are ineffective or poorly organized. This is a cause of frustration and a loss of time and money; in fact, Doodle estimates nearly $400 billion is lost annually as a consequence of botched meetings.

Still, meetings aren’t going away. Workers in corporate America spend roughly five hours per week in meetings and another four hours per week preparing for meetings. Managers spend double that. There’s a big opportunity here to leverage technology to improve, even eliminate, this pain point.

The video conferencing business Zoom, for example, is hyperfocused on refining the video meeting, specifically for the remote worker. Its recent initial public offering and subsequent performance on the public markets has proven its value and the demand for technology that makes doing business easier. Slack’s direct listing today, which saw the business tripling in value at its debut, is further proof of the market opportunity for productivity tech.

Similar to Slack, which began as an artful online game, Aspen has prioritized design in building Navigator, the first of many products it plans to launch.

“We approached the problem of helping teams work together as a design problem,” Underwood said. “We tried over 200 different prototypes of different ways to encode and distribute best practices within a team. The concept of a virtual teammate was the one that finally began to show signs of working.”

Underwood says nothing was directly imported from Mailbox, aside from a dedication to human-centered design.

“We are solving a different problem but the way we are going about solving it, in trying to build something that resonates with people, is certainly consistent,” he said. “As a team, we seem to gravitate toward these ubiquitous, uncomfortable, painful problems, like email and meetings, and try to build solutions that transform people’s experiences of them.” 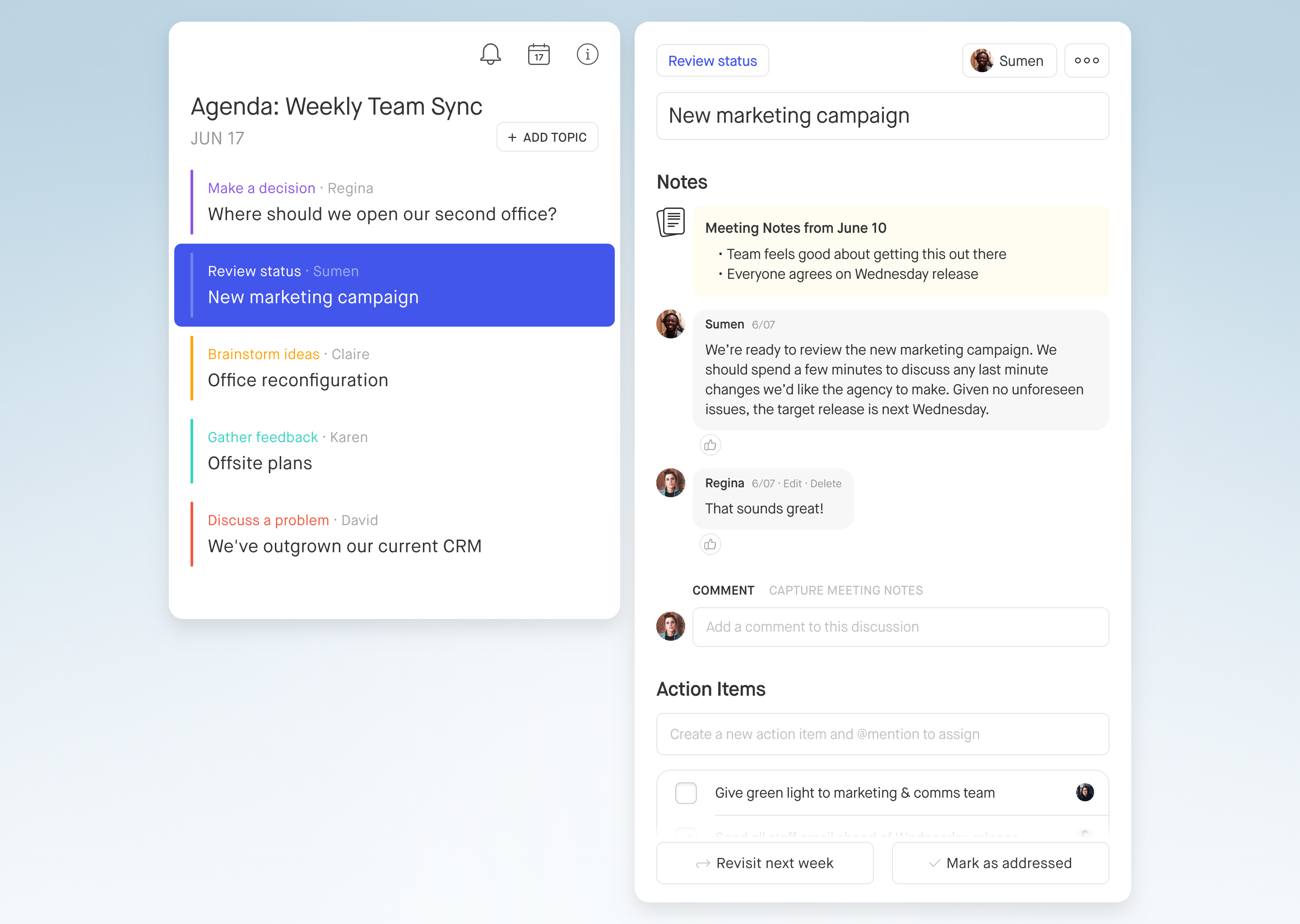 Navigator focuses on team meetings and one-on-ones, requesting information from meeting attendees before and after the meeting takes place.

First, it learns the topic of the meeting from participants and organizes them into a clear agenda complete with discussion topics. During the meeting, workers can use Navigator to quickly capture key takeaways that are later shared with every member of the meeting afterward. Later, the assistant checks in with attendees to learn whether they’ve completed their tasks.

“It’s sort of like a chief of staff focused on helping meetings run effectively,” Underwood said. “It helps people show up. They feel invited and welcome and like their voice is valued, which changes how it feels for them to enter that room.”

Currently, Navigator works with Google’s G suite, Microsoft’s Office 365 and Slack. Soon, it will offer task integration with Asana, Jira, Trello and others.

For now, it comes without a cost as the team continues to work out bugs with its first cohort of customers. Underwood says later this year they will begin to incorporate subscription-based fees for the product.

“Navigator is another teammate, not another tool,” Underwood said. “It’s about turning meetings from painful, expensive wastes of time, to effective, meaningful moments of deep collaboration. They have that potential. When done well, they can be exceedingly powerful.”

Slack’s value rockets as stock closes up 48.5% in public debut