It started with a hashtag. Amanda de Cadenet, photographer, author and TV host, was spending time with her sister, a director and photographer in her own right, when an ACLU study on the lack of diversity among directors was published in the NYT Magazine, with de Cadenet’s sister an interviewee in the cover story.

“It’s about damn time,” she said to her sister, launching a conversation that would re-route de Cadenet’s path forward. Her experience as a photographer, able to book editorial jobs but rarely getting paid gigs, cemented what she had just read in the magazine article.

“The glass ceiling was so low that I couldn’t get off my knees,” she explained of that time.

Over the next 48 hours she would design a logo and a font and contact everyone in her creative network, brands and artists alike, to answer the call when she tweeted a call to action. She simply asked for female photographers and videographers to share their photos alongside the hashtag #girlgaze.

“The majority of pictures taken of females are taken by men,” said de Cadenet. “If the goal is for us to be accepted and embrace who we are, our flaws and all, we’re never going to see those pieces of ourselves depicted in media when taken from the perspective that doesn’t have an experience of those things.”

Thousands of photos flooded in over the first 72 hours and were re-shared on the GirlGaze Instagram. It was de Cadenet’s way of highlighting the amazing work being done by creative women, and showing the different story that is told in content created from the perspective of a female. But more importantly, it’s how she built an army of 200,000+ female-identifying photographers and directors to eventually launch the GirlGaze Network. 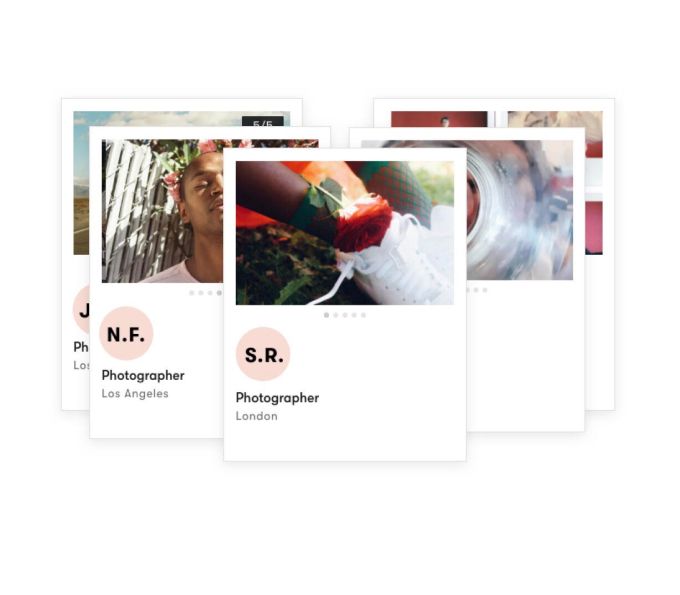 The GirlGaze Network allows brands to sign up and find diverse, female-identifying and non-binary creatives to generate amazing content. The network has been in beta for the past few months, and was integral in a global campaign from Dove, which employed 400 photographers and directors across 62 countries.

In essence, the GirlGaze Network acts as representation for a group of people who have not gotten equal pay or equal respect within their field. It also gives brands the opportunity to right the ship and hire diverse creative talent to generate their troves of content, whether it’s for social media, a campaign or otherwise.

Creatives pay nothing to be on the platform and share their portfolio.

Brands join the platform through a paid subscription, where they can see the portfolios of thousands of photographers, directors and creatives. These brands have access to an à la carte menu to establish what kind of jobs they’d like to post, putting the compensation quote up at the very beginning so that whomever receives the job is paid a fair amount for the gig.

Big brands looking to hire a large amount of people, as Dove did with the #showus campaign, join the Enterprise tier to customize their exact offer, including per-project talent as well as full-time positions.

Brands can search for talent by title, skills, location and availability. But perhaps even more interesting, the GirlGaze Network has an “Unbiased Browsing” feature, allowing brands who genuinely want to rid themselves of unconscious bias to browse portfolios only, without access to any details about the creative herself.

GirlGaze also handles all of the back-end nitty gritty, including casting and NDAs and all the other paperwork involved.

“The biggest challenge for GirlGaze is to let brands and companies know that they’re not doing this underserved community a favor by hiring them,” said de Cadenet. “This community creates work that is incredibly impactful, really powerful, smart, beautiful. Ultimately, it’s going to add to the bottom line of their business because we’re in a time where the world is very attuned to what is BS and what isn’t. This community tells stories. They have a perspective.”

Thus far, GirlGaze has worked with brands such as Levi’s, Nike, Google and Warby Parker, and has brought in more than $1 million in pay to their network of female-identifying and non-binary creatives.

One such creative is photographer Nolwen Cifuentes, who has been following GirlGaze from the start and also worked on the Dove campaign.