After a busy year, Facebook’s VR arm is returning to San Jose, Calif. on September 25 and 26 for the sixth annual Oculus Connect.

Oculus has had a transformative year, with the release of its Quest and Rift S headsets, turning the high-end gaming company into one more focused on meeting the needs of mainstream consumers. Oculus Connect 6 will give the company an opportunity to hit a stride on content and software optimizations, without the specter of missing hardware features hanging heavy.

“With Quest and Rift S bringing more people into VR than ever before, OC6 is the perfect moment to think bigger, build smarter, and realize the true potential of what we’re creating together,” the company wrote in a short blog post.

For developers, this could be a more contentious meeting as Facebook’s top virtual reality hardware product remains a walled garden with only certain content permitted in the store. Apple has been shifting its efforts over the past two years to nabbing top game developers and offering less monetary support to indies that are experimenting in VR for the first time.

In the teaser post, the company is already highlighting that one of the main announcements will be a first-person combat title created by Respawn Entertainment, the maker of Apex Legends. 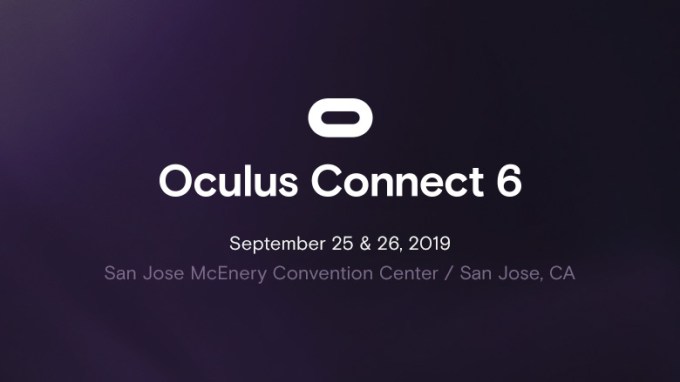