For e-reader devotees, it doesn’t get better than the Kindle Oasis. Amazon’s the last giant player standing in the category (unless you consider what Barnes & Noble is doing “standing”), and the Oasis is ounce for ounce the best Kindle device it has produced. I reviewed the last iteration of the device back in late 2017 and thoroughly enjoyed my time with it.

Amazon’s keeping the dream alive with an update to the device. Though be forewarned, like the recent standard Kindle upgrade, it’s pretty minor. From the looks of things, the new Oasis maintains all of the good bits with its predecessor, including the nice 7-inch, 300ppi display, coupled with physical page-turn buttons. 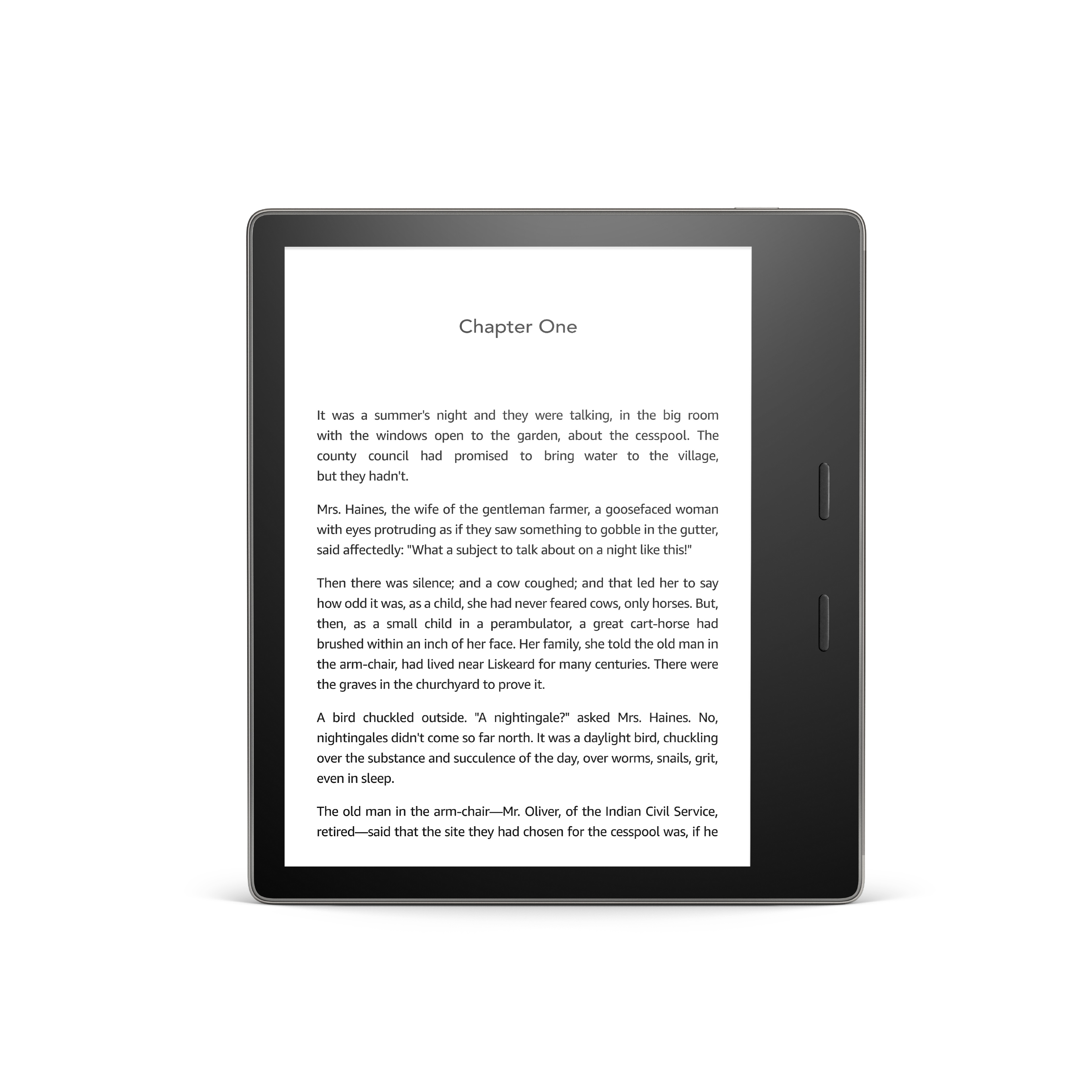 The big change here is the ability to adjust the color tone of the front light, to go easier on your eyes during the day — and to help you get to sleep better at night. There’s also a built-in option here that will automatically adjust the tone throughout the day.

Honestly, that’s the main new addition here. There’s also a new generation of E Ink tech, which maintains the same resolution as before, but should offer an increased refresh rate, resulting in faster page turns (I’ll report back more on that later). It’s all part of the tech’s slow creep toward faster speeds. I probably don’t need to go into the marked benefits of the technology here — that’s been pretty well documented over the years.

Other features from the earlier version include IPX8 water proofing (that’s up to two meters for up to an hour). There’s built-in Bluetooth for listening to audio books via Audible and a premium design with a metal backing.

Like the 2017 model, it starts at $250 for the 8GB version and $280 for the 32GB model (more if you want to get rid of special offers. That comes with six months of Amazon’s Kindle Unlimited service. It’s up for pre-order starting today and starts shipping July 24, along with a bunch of different covers.