NASA has taken a breathtaking new image of near-Earth asteroid Bennu, captured by its OSIRIS-REx spacecraft from its new, second orbit of the extraterrestrial object. The new picture, snapped on June 13, provides a pretty much full-length view of Bennu, with half of its surface lit by the sun and the other half in near-complete shadow.

The image also manages to capture an interesting feature of Bennu — the protruding “mole” of its largest boulder, which sticks out at the bottom end of the asteroid (as oriented in this photo) and breaks up its relatively smooth contours. OSIREX-REx took this photo from only around 0.4 miles away from the rock, which is about two football fields away. From here, the cameras on the probe can capture detail as small as just 1.6 feet across — basically the size of an Xbox One — on the asteroid’s surface.

This orbit breaks a record for closest orbit by a spacecraft to any object in our solar system, and will help NASA researchers investigate debris plumes spotted coming from the surface of the asteroid as it careens through space. Meanwhile, we immediately benefit thanks to glamour shots like this one: 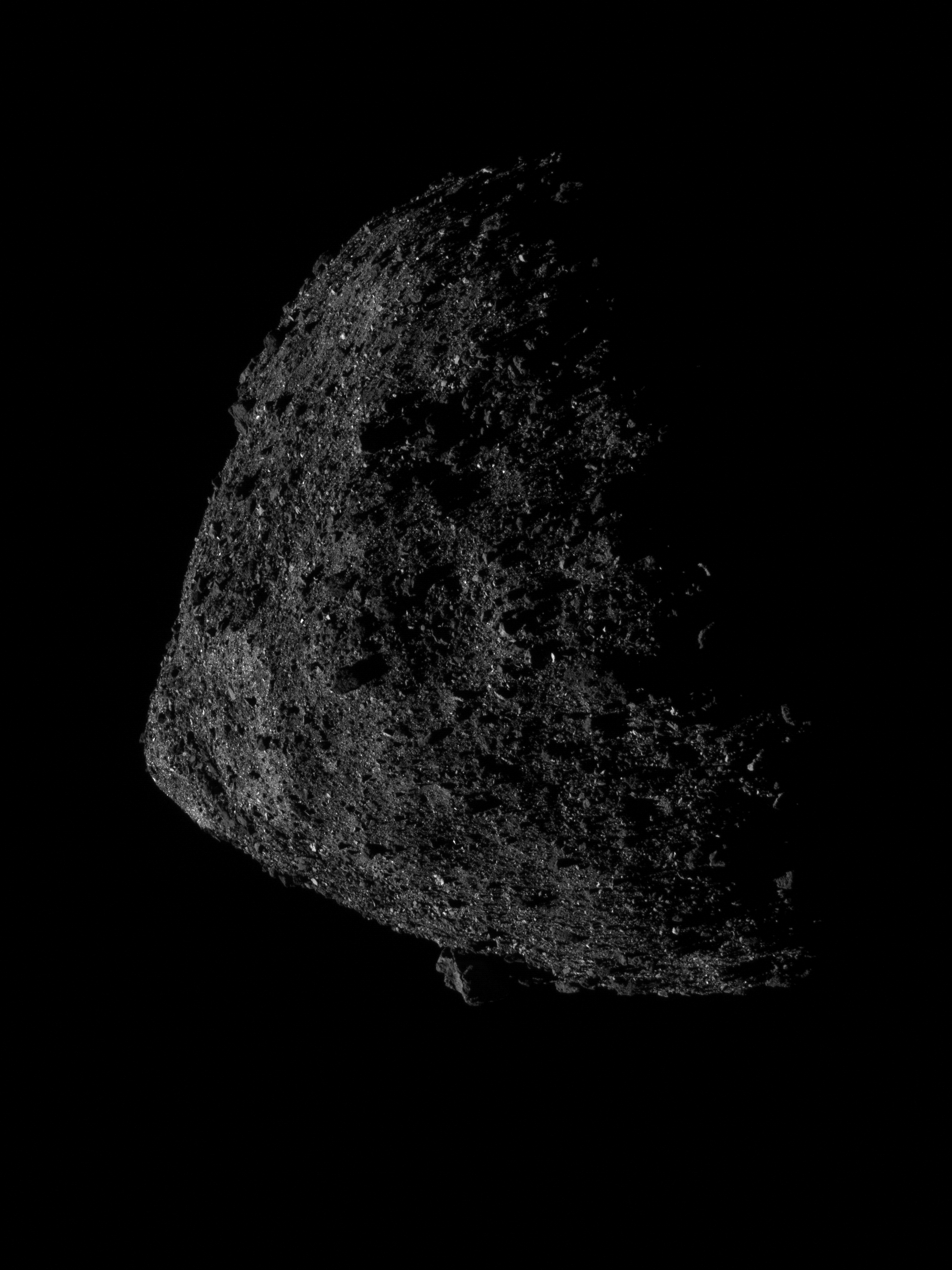