Two House lawmakers are pushing an amendment that would effectively defund a massive data collection program run by the National Security Agency unless the government promises to not intentionally collect data of Americans.

The bipartisan amendment — just 15 lines in length — would compel the government to not knowingly collect communications — like emails, messages and browsing data — on Americans without a warrant.

Reps. Justin Amash (R-MI, 3rd) and Zoe Lofgren (D-CA, 19th) have already garnered the support from some of the largest civil liberties and rights groups, including the ACLU, the EFF, FreedomWorks, New America and the Sunlight Foundation. 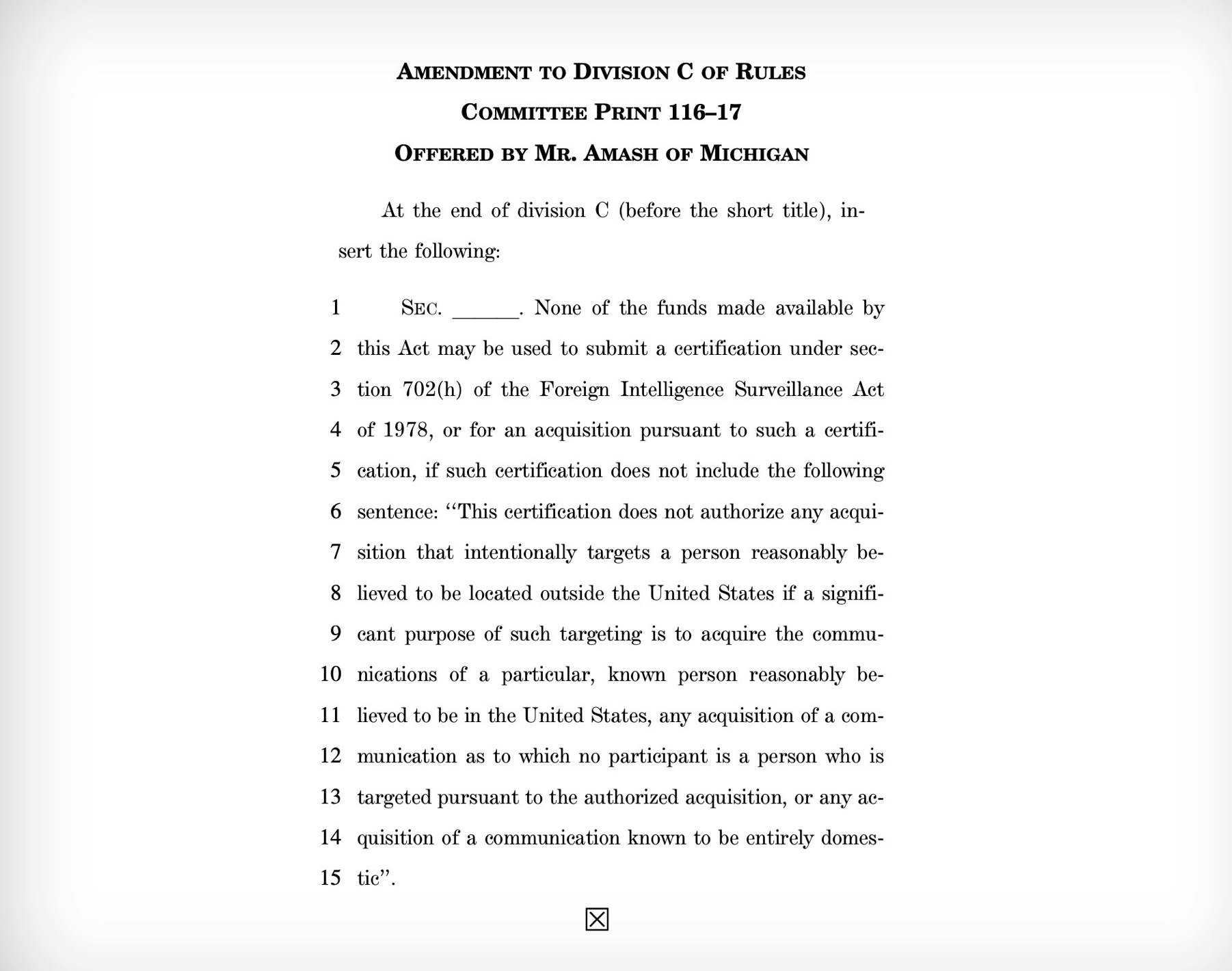 Under the current statute, the NSA can use its Section 702 powers to collect and store the communications of foreign targets located outside the U.S. by tapping into the fiber cables owned and run by U.S. telecom giants. But this massive data collection effort also inadvertently vacuums up Americans’ data, who are typically protected from unwarranted searches under the Fourth Amendment.

The government has consistently denied to release the number of how many Americans are caught up in the NSA’s data collection. For the 2018 calendar year, the government said it made more than 9,600 warrantless searches of Americans’ communications, up 28% year-over-year.

In a letter to lawmakers, the groups said the amendment — if passed into law — would “significantly advance the privacy rights of people within the United States.”

A coalition of tech giants — including Apple, Facebook, Google and Microsoft — also rallied behind the amendment.

“RGS believes this amendment is a step in the right direction for U.S. foreign intelligence surveillance policy,” said the Reform Government Surveillance group in a statement. (Verizon Media, which owns TechCrunch, is also a coalition member.)

Last year, Section 702 was reauthorized with almost no changes, despite a rash of complaints and concerns raised by lawmakers following the Edward Snowden disclosures into mass surveillance.

The EFF said in a blog post Tuesday that lawmakers “must vote yes in order to make this important corrective.”

Updated with statement from the tech coalition.