A recent research expedition to Mount Everest that wrapped up this week recorded a number of global records and world-firsts, including installing weather stations at the highest elevation ever on Earth, collecting ice core samples from the highest point ever and performing a helicopter-based lidar scan from the most extreme height ever accomplished.

The series of experiments were part of a multipurpose scientific expedition that included researchers from the National Geographic Society and Tribhuvan University in Nepal. The team for the research trip was made up of scientists and researchers.

During the expedition, the team installed fully automated weather-monitoring stations at 8,430 meters (27,657 feet) and 7,945 meters (26,066 feet), both of which are the highest currently in service today. In total, the researchers set up five weather stations across Everest. One ice core sample collected during the trip was taken at a height of 8,020 meters (26,312 feet), again breaking records, and the lidar imagery piece of the puzzle included the most detailed scans ever taken of both the Everest Base Camp and the Khumbu Glacier, as well as a helicopter-based lidar scan at the highest elevation on record, also of the glacier, which will help in monitoring its state over time. 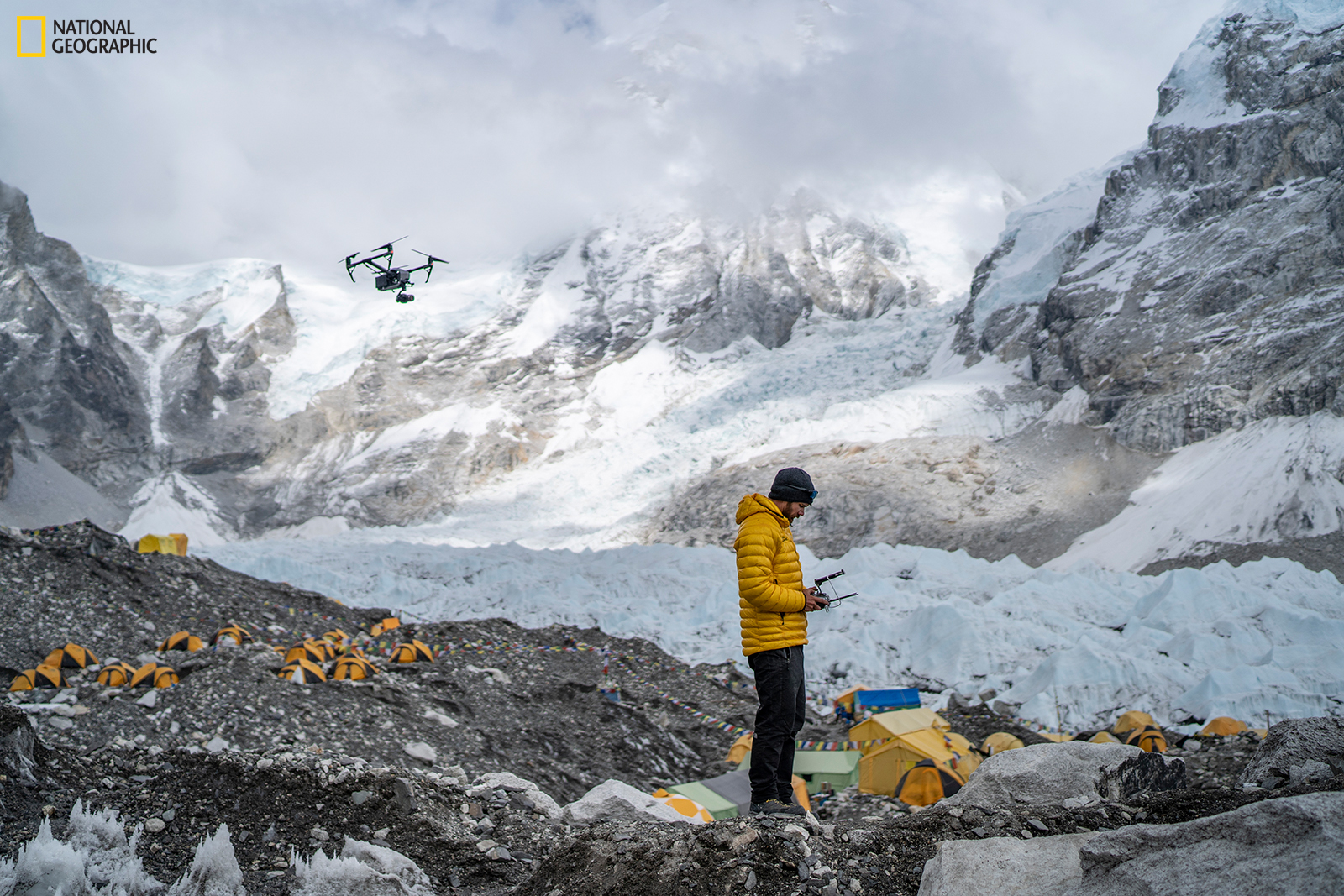 Chris Millbern, a member of the mapping team from the National Geographic and Rolex Perpetual Planet Extreme Expedition to Mt. Everest, operates a drone as he works to complete the most detailed photogrammetry data collection at Everest Base Camp. Learn more at www.natgeo.com/everest. Photo by Mark Fisher, National Geographic.

Geologists in the expedition collected glacial lake sediment to better understand how it has changed over time, and biologists in the crew installed biodiversity-monitoring stations at one of the highest altitudes on Earth for a device its size, and also logged what are likely going to be certified as records for highest-ever recorded encounters of two insect species.

Everest has been in the news lately for entirely different, tragic reasons: A mounting death toll due to an overeager tourist population hoping to scale the mountain’s heights. But this expedition is a good example of why it’s even more imperative to find some kind of solution to the thrill-seeker overcrowding, so that research missions with real and demonstrable scientific businesses can continue.